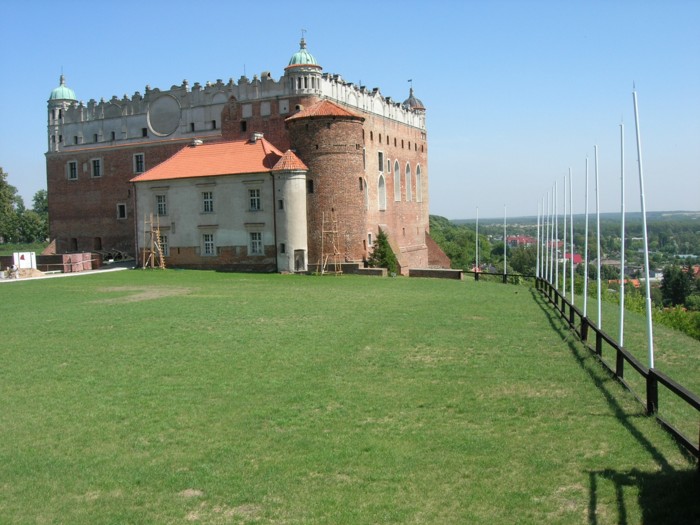 The town of Golub-Dobrzyń in the Kuyavian-Pomeranian county is picturesque on the river Drwęca, an eastern tributary of Wisła. The river valley is subject to landscape conservation regulations.

The current city is an association of two urban communities: Golub and Dobrzyń. The river Drwęca that separates them was for long periods district boundary, county boundary and even state boundary. Golub on the right bank of the river, together with the entire then Chełmno district, was conquered by the Crusaders in 1231. In Golub, in the years 1296-1306, they built a large castle – strategically located on a ridge on the river – just as they founded an actual town on the site. Golub suffered greatly during the wars between Poles and Crusaders as well as during the Swedish wars. On the other side of the river arose the town of Dobrzyń. As a result of Poland's first division (1772), Golub came under Prussia. After the second division in 1793, both cities were located in Prussia. They were part of the Principality of Warsaw between 1807 and 1815. After the fall of the Principality, the Drwęca River came to form a natural boundary between Prussia and Russia. During the Prussian rule, Golub was subjected to a strong Germanization, while Dobrzyń under Russian rule had a significantly better period of development. During the German occupation in World War II, Hitler's forces exposed the people of the two cities to persecution, incarceration and mass murder. In 1951 a joint town was created here under the name Golub-Dobrzyń. From 1 January 1999, Golub-Dobrzyń is the center city of the district of the same name. 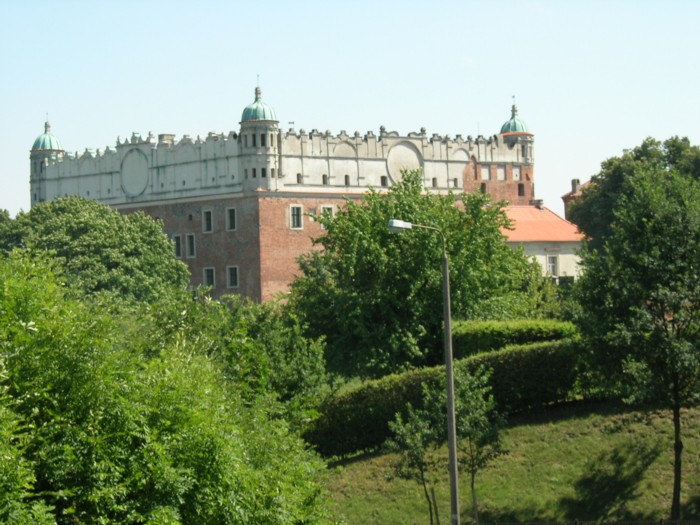 The castle of Golub
was erected by the Crusaders in 1296-1306. It is an impressive fortress with two meters thick walls, situated on a hill from which the building dominates the surrounding countryside. The castle is built in brick over a rectangular floor plan; there is an inner courtyard that is closed on all four sides of buildings with pillars. There were two round corner towers, of which only the south is preserved; it was built before 1422 and was prepared for the use of firearms. In the basements below the castle were prisons and torture chambers.
In 1410 the castle was conquered by the Polish forces under King Władysław II Jagiełło, but the following year again taken over by the Crusaders. The Poles and Lithuanians again conquered the castle in 1422. The Crusaders gained dominion over the Golub castle in 1462, but already four years later the fortress returned under the Polish state.
After World War II, knight tournaments are regularly held in the courtyard as well as other events of tourist interest.

Bymuren
Parts of the 14th and 15th century defensive walls erected by medieval bricks have been preserved. 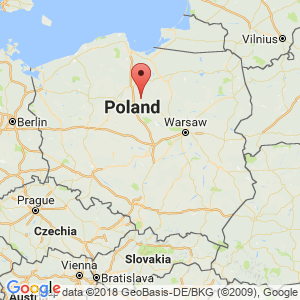