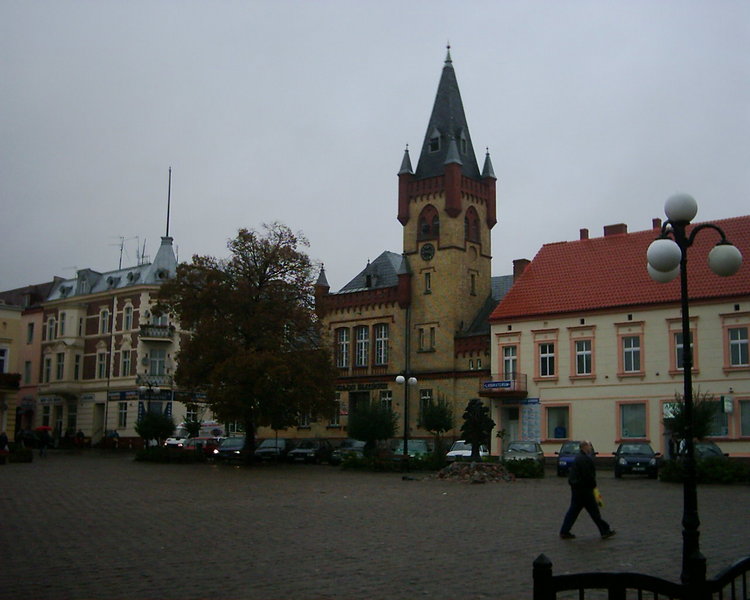 Iecwiecie is located in northern Poland, in the Kuyavian-Pomeranian region, northeast of Bydgoszcz.

Iecwiecie is one of the oldest cities in Pomerania. for the medieval castle and the old parish church.
The town is first mentioned in 1198, when it is mentioned as the capital of a principality, the seat of Prince Grzymisław. The original settlement was on the high left bank of the Wda River. In 1242 the city is mentioned as the capital of a castle and the capital of part of the principality.
Shortly after, Prince Świętopełk II moved the city over to the second, right, wide bank of the Wda River. After the Crusaders conquered the fortress in Sartowice northeast of iecwiecie, in 1309 they also captured Świecie, which was incorporated into the state of the Crusader Order. The Crusaders set up in forwiecie a center for a comurti (administrative territory) around 1320. In 1335, they began the construction of a fortress on the right bank of the Wda River. The castle was completed in 1350, and soon after became the seat of the tour. By 1338, iecwiecie had acquired market town rights.
After the Crusaders lost the Battle of Grunwald in 1410, the Polish army occupied the city, but it first became part of Poland at the peace settlement in Toruń in 1466.
Over the next 200 years, a dynamic development of the city took place. owing to the convenient location of several trade routes; the growing urban community attracted settlers from other countries such as Germans, Scots, Dutch and Jews.
In the 17th century. however, the city was hit by several accidents: devastation as a result of war actions during the war with the Swedes and the outbreak of plague, the so-called “black death“which caused considerable depopulation of the city. It took many years to rebuild the city. In 1772, at the division of Poland, the city was incorporated into Prussia. In 1818, iecwiecie became the capital of a district (powiat).
In 1854, the city council decided to move the entire city and all inhabitants onto the second, left, bank of the river Wda. The reason for this was that due to its lower location, the right side of the river was subject to repeated flooding, the last of which damaged all the houses in the city. Of the old town on the right bank, the old parish church, as well as part of the city wall and – at a short distance from the old city – the castle are now left behind.
In the second half of the 19th century. iecwiecie developed further; a sugar factory, sawmill, power plant, slaughterhouse and brewery were started. There was also a railway line.
After the end of World War I, Prussian rule was over and iecwiecie returned to the Polish Republic. In the interwar period, the city grew again, from approx. 7,000 inhabitants in 1921 to approx. 9000 in 1939.
On September 3, 1939, iecwiecie was captured by German troops. During the occupation, thousands of people perished in iecwiecie and the surrounding area. The Germans murdered 1350 patients in the psychiatric hospital. Iecwiecie was liberated on February 10, 1945.
After the war, iecwiecie became an enterprising, business center. A turning point in economic development was the decision to set up a large business in the paper industry in this city. The paper mill became the largest of its kind in Poland and one of the largest in Europe. Today, the company is called Mondi Świecie and is thus part of Mondi, a multinational group within the paper and packaging industry. Construction of the factory began in 1961. In the following years the population increased again: 13.5 thousand in 1961, approx. 20 thousand in 1972 and now 25,700.
The city's profile changed: from being substantially based on agriculture to a prominent industrial city. Economic development also meant an influx of trained and specialized labor.

Saint Andrzej Bobola’s Church
The impressive neo-Gothic church is worth a visit. It was built as a Protestant church in 1891-94. The church's 46-meter-high tower dominates the cityscape. The interior is kept in neo-Gothic style. The most valuable thing in the church is a picture, imaginative “The ultimate judgment”, who was rescued from a fire and transferred from the parish church in the old town. The picture is from the end of the 16th century.

wedding palace
is the most significant building at the town square. It is the neo-Gothic town hall, built in 1870-79 in the style of a tower with a tower. It now holds the municipality's marital office and thus also premises for holding civil weddings.

“Klasztorek” (The Little Monastery)
At ul.Klasztorna (Klostergade) you will find the beautiful Baroque church, formerly the Church of the Bernardine Order. In daily speech it is called the Little Monastery. The Bernardines who came to the city approx. The mission of 1624 was to counter the spread of the Reformation movement. First, they had a wooden-built church, while the current Baroque-style building arose between 1692 and 1720, along with the monastery buildings.

Borgen
On the street Sadowa you can get from the city center to the right side of the river Wda, where the city was located between the middle of the 13th century and the middle of the 19th century. Here still lies among other things. the old, medieval, parish church and crusader castle. Shortly northeast of the then city, the Crusaders erected a defensive fortress between 1335 and 1350 over a square floor plan, each side 70 meters long. It has since become the seat of the comedy in iecwiecie. The castle was originally located on an island (and was therefore called a water castle), as the rivers Wda and Wisła, which surround – and surround – the castle, flowed in its medieval races.
In 1655 the town and castle were taken by the Swedes. After this the castle was left as a ruin. After 1772, the Prussian authorities decided that the castle should be demolished. At the beginning of the 19th century. a large part of the material was used in the construction of administrative buildings and in the fortress of Grudziądz. In 1840’The Russians stopped the demolition work. Shortly thereafter, extensive renovation and reconstruction work started, which lasted for a number of years. It was not until 1975 that renovations and reconstruction continued, including the preserved northwestern wing was elevated by a weight corridor and put on hold. From 2001, the parapet on the main tower was renovated and the ruins of the east tower began to be cleaned. During these works, unknown spaces and many valuable objects from the Middle Ages were found.
The walls of the capital were about 1 meter thick; there were four corner towers in the main castle. The walls of the castle buildings were 13 m high and crowned by a covered weights. The castle was surrounded by a ring wall with a distance of approx. 10 m. From the buildings. There were 3 corner towers in the ring wall. Only a few fragments of this ring wall are preserved.
West of the main castle lay hidden. North-west of the castle ran the Wda River, to the southeast of Wisła.
To this day, the northern (actually northwest) wing is preserved; in its time it contained the chapel (the assembly hall) and the chapel. In the west wing was the residence of the comforter. In the east wing there were, among other things, dormitory and armory on the 1st floor, throughout the ground floor there was a brewery. The well of the castle was located in the square courtyard. In the south wing, among other things, latrine. The basement here was occupied by the kitchen. Furthermore, the impressive western main tower is preserved, from which there is a magnificent view of the surrounding area. The height of the tower is 35 m and the diameter 10 m. It has 7 floors. The top is equipped with masonry roofs. The original entrance to the main tower was at the height of the weights (over 10 m) and with access from it. In the 19th century. an entrance to the tower was added at ground level. The lower part of the south tower is preserved; today a terrace has been built on top of this tower ruin. On the remains of the eastern tower – after extension – a terrace will also be created. The northern tower (substantially smaller than the western one) is preserved. Under this tower was a prison for the brethren who violated the rules. Of the northeast wing (also called the east wing), only the very lower part of the walls is preserved. Almost all basements in the main castle are preserved. In the southwestern wing was the entrance gate. Access to this led over the moat that separated the main castle from the prairie.
The very premises contained horse stables, barns, carriage doors and the like. Access to the promenade was via a wind bridge and through a high gate tower. The front yard was surrounded by a wooden palisade.
Today, the castle is owned by the municipality's center for culture, sport and recreation. Inside the fortress and in the courtyard, today, exhibitions, knight tournaments, concerts etc. are held as well as recurring events with music and singing. In the basement rooms are also exhibited museum objects relevant to the original functions of the castle. All parts of the castle are accessible from May to September.

Bymuren
In the old town on the right bank a small part of the medieval city wall is preserved.

Mother of God from Częstochowa’s Church
In the old town on the right bank stands this church, dedicated to both St. Stanisław Bishop and Godmother of Częstochowa. Construction of the church began in 1400 and lasted almost 100 years. The choir is thus Gothic, while the square tower is more in the Renaissance style. The interior of the church is in Baroque style. During World War II, in connection with the Soviet army's conquest of the city, the building suffered serious damage. It was first rebuilt in 1983-1988.

rivers:
Just east of iecwiecie, the large river runs the Wisła, Poland's longest river, which runs off the town from the south to the east.
Through the town the river Wda runs from west to east; it has its outlet in Wisła in the northern part of the city.

Biking Trails:
The municipality has 14.5 km of marked cycle paths. Together with the county, a tourist route along Wisła is planned within the county boundaries. 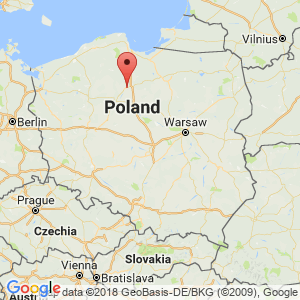