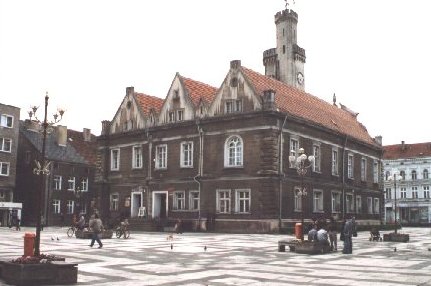 Iewiebodzin is located in Lake Łagów, surrounded by forests and lakes. Bwiebodzin was first mentioned as a city in 1319, but first gained market town rights in the middle of the 15th century. The city thus emerged at the transition between the 13th and 14th centuries in an area where political interests from respectively. Wielkopolska, Silesia and Brandenburg crossed, and near an important communication and trade route from Pomerania to Silesia. From the beginning, the city played a significant role as a center for trade and crafts. The clothing industry evolved and so did the brewing of beer. The center of the medieval city was a rectangular square, which the streets started from at right angles. In the northeast corner, the square was adjacent to the parish church. In the eastern part of the city was the castle. In the beginning, Świebodzin had a fortification of wood and soil, which in the 14th century. was replaced by walls. The city wall was connected to the western part of the castle, which had a separate fortification system. 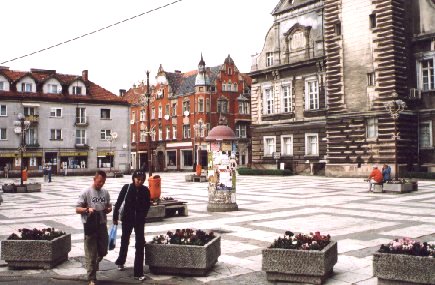 After the great Polish rule in the 14th century. the city became subject to the Principality of Głogów (Silesia). the city experienced several devastating fires, earthquakes and epidemics. After a great fire in 1541, the church and the town hall were rebuilt, while several buildings in the city gained another architectural touch. In 1604 the first walled city school was built; this school still exists today.
In the 17th century. the city's economic development was hampered by the 30-year war, several fires as well as epidemics and religious conflicts. In the year 1742, during the Silesian War, Świebodzin came under Prussian rule. The end of the 18th and the beginning of the 19th century. brought the city a business development. In the middle of the 19th century. began a modern industrialization of iewiebodzin. Over 30 industrial companies emerged, including textile factories, machine factories, brickworks and breweries. In 1849 the Poznań-Frankfurt main road was built and in 1870 it also opened the important railway line Poznań-Frankfurt.
On January 31, 1945, bwiebodzin was captured by Soviet forces. The acts of war did not result in any material damage to the city. As early as March 1945, the first migrants and repatriated Poles arrived in the city. Bwiebodzin now became part of the new Poland.
Currently, Świebodzin is the capital of a district (Powiat Świebodziński). 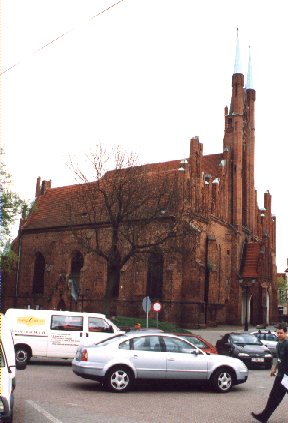 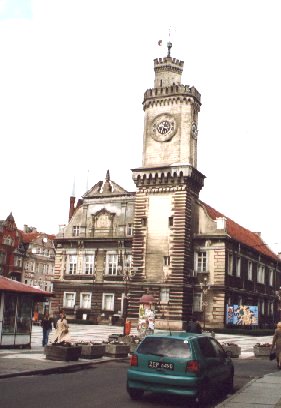 City Hall
probably already existed in the 14th century. After the fire in 1541, it was rebuilt in the Renaissance style with bedotic elements, giving it the shape it has largely retained since. In the 19th century. however, a redevelopment took place, giving the building its present appearance with the characteristic view tower and the richly decorated west facade with the city coat of arms. The building history of the town hall testifies, among other things. the various vaults in the basement, the halls and in the rooms of the tower.

Archangel Michael's Church .
The Gothic core of the church is built in the second half of the 15th century. After a fire, the three-tiered church hall was enlarged to create a fourth ship and a number of chapels. A valuable Gothic crucifixion group, a triptych that is part of the altar and a variety of Baroque and Rococo style objects are preserved.

Wilkowo (6 km away)
Here is a Renaissance-style mansion, built in 1550 for the Waldenburg family. It was rebuilt after 1840. The floor plan is U-shaped and the building is covered with mansard roofs. Currently, the mansion is the seat of the State Archives. 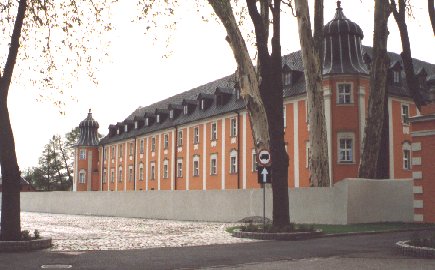 Gościkowo (Paradyż). (9 km n.)
Gościkowo is a village with a rich history and valuable building monuments attached to the Cistercian order, brought here by the official of Poznań, Mikołaj Bronisz in 1230. Because of the beautiful surroundings, the Cistercian monks called the place of “Paradisus”, in Polish: Paradyż. Since the Middle Ages, the village bore this name. From 1945, however, they returned to the name Gościkowo. 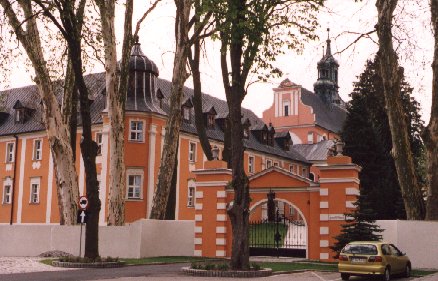 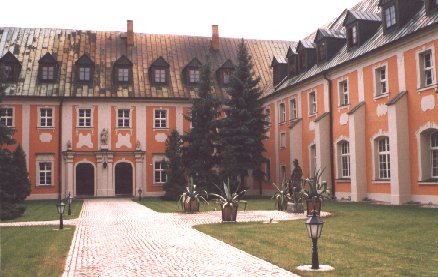 The Prussian rule abolished the monastic function in 1834. The buildings now hold a priest's seminary. 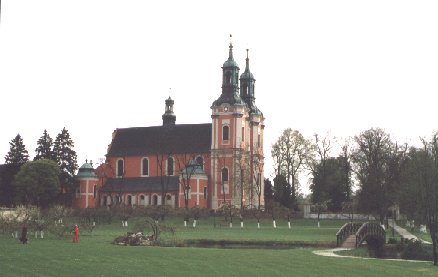 Ołobok (9 km).
Here you will find a classicist church from the 18th century. with preserved tombs.

Radoszyn (10 km).
In the small town is a late Gothic church from the end of the 15th century. Here is a triptych from the beginning of the 16th century. and oil paintings from the 17th century.

Lubrza (10 km NW).
In the municipality of Lubrza there are remains of a large fortifications from WWII: “Lubrzański Szlak Fortyfikacji”.These are fortifications belonging to the huge fortification south of Międzyrzecz: Międzyrzecki Rejon Umocniony, also called the Fortified Odra and Warta Arch, and comparable to the Maginot line in France. – See also the page Międzyrzecz .

Boryszyn (18 km NW)
has a wooden church (beam structure) dating from 1648, consecrated to the Virgin Mary; The tower was built in 1690.
However, the main tourist attraction is the nearby one “Pętla Boryszyńska”, an underground tourist route through a section of the huge fortification facility, in its entirety called the Fortified Międzyrzecz Region (MRU) or Ostwall. See also above under Lubrza as well as later Międzyrzecz .

Mostki (9 km away).
In Mostki there is a neo-Renaissance-style manor from the 19th century. By the main road a half-timbered church from 1832.

Przełazy (14 km).
The village of Przełazy is located on Lake Niesłysz. Here is a three-storey neo-Renaissance-style castle from the 19th century. The square tower with sliding doors makes the building look a little like a castle.

Szczaniec (10 km away).
See here the late Gothic St. Anna's Church of the 14th century, the castle of the 19th century. and the ruins of a castle from the 16th century. 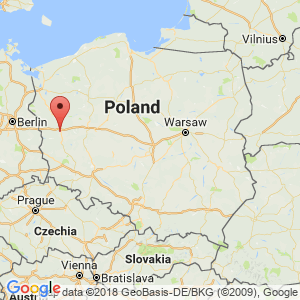