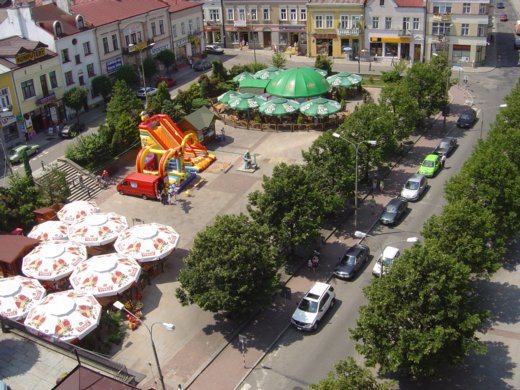 Gorlice is located in the easternmost part of the Małopolska region, just north of the Beskid Niski mountain range. Through the town, the river Ropa, which in the urban area occupies the tributary Sękówka, coming from the south, from the mountains.
In 1354, King Kazimierz granted the Great a privilege giving the right to found a city on the rivers Ropa and Sękówka’s confluence. Gorlice was in the Middle Ages a craft and trading town. The local craftsmen were known not only in the cities of Podkarpacie and Kraków, but also in the cities of present-day Slovakia. In the 18th century. there is a larger, gradual development of the city. After Poland's first division Gorlice was under Austria. Around the middle of the 19th century. the city numbered nearly 4000 inhabitants. In the 19th century. the local oil industry was particularly important for the growth of the city. In 1865 Gorlice became a district town. The population was at the beginning of the 20th century. grew to over 5,000. During World War I, the city was almost completely destroyed in combat operations. In the interwar period, extensive reconstruction took place and a systematic development was initiated. This development was interrupted by World War II, which, however, fortunately did not cause significant damage to the city. After the last war, business is being rebuilt at the same time as the city is being developed as a tourist center, not least for tourists visiting the mountain area Beskid Niski. 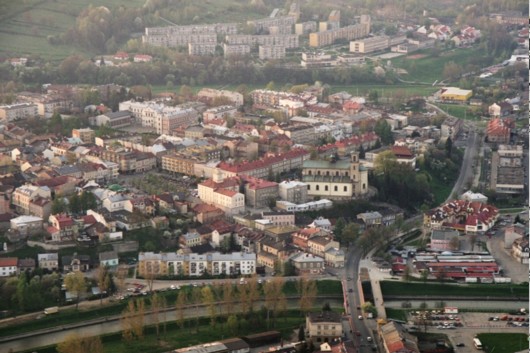 regional Gallery can be found in a listed citizen's house from about 1780 in Wąska Street. Here are a collection that illuminates the Battle of Gorlice in 1915. Another collection addresses the history of the oil industry in the area. 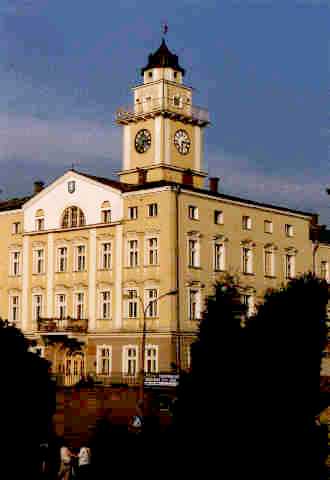 City Hall . The oldest part of the town hall dates from 1780-1790. Previously, there was a pharmacy run by pharmacist Ignacy Łukasiewicz, known for his work on improving the distillation of oil and for the construction of an oil lamp. 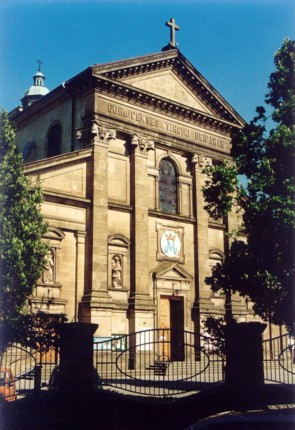 Virgin Mary Birth Church (parish church) is built 1875-92 in Italian Renaissance style, designed by MFPavoni. In the church there is an altar created by Marconi with a Virgin Mary image by Jan Styka. 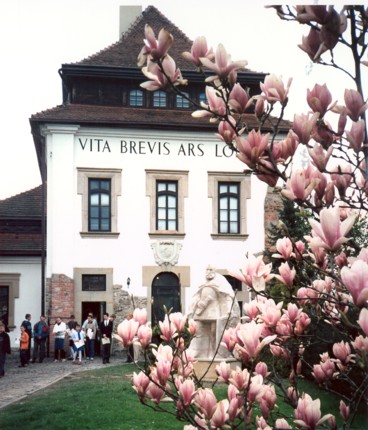 Karwacjan Mansion (Dwór Karwacjanów)
belonged to and named after the city's founder and owner. The building was built in the 15th century. and was rebuilt several times until World War I, when in 1915 it was almost completely destroyed as a result of artillery fire. In 1989-92 the house was rebuilt and now houses an art gallery.

City Park is one of the oldest city parks in Poland. It includes 20 ha of forest and contains several rare plant species. 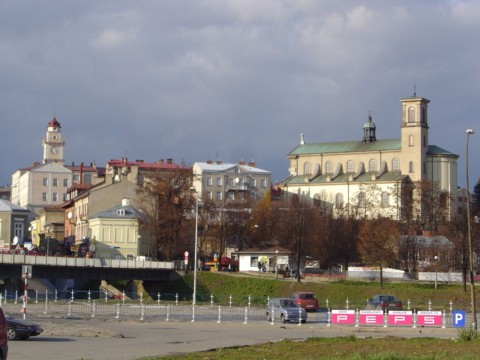 The mountains of Beskid Niski south of the city reach altitudes of over 800 meters; The peak of Magura Małastowska, located about 15 km from Gorlice and where skiing can be cultivated, is thus 819 meters above sea level.
To the east, part of the area is separated as a national park: Magurski Park Narodowy. The distance from Gorlice to the border of the national park is only about 12 km. (Also see: National Parks in Poland .)
In Beskid Niski south of Gorlice is also the artificial lake, Klimkówka, one of the youngest dammed lakes in Poland. The distance from Gorlice is approx. 17 km. Along the lake shores there are great recreational opportunities, e.g. possibility of kayaking and windsurfing and to spend the night in tent pitches. 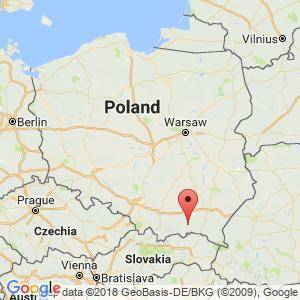