The location and creation of the park

The Kampinos primeval forest (Puszcza Kampinoska) with Kampinos National Park (Kampinoski Park Narodowy) is located northwest of Warsaw.
When the wind comes from the west, statistically approx. every 3rd day, fresh air from the Kampinos primeval forest breathes over the city; therefore the forest is also called “Warsaw’s green lungs”.
The idea of building the park arose in 1920’s. In 1930’These were the first reserves in the Kampinos primeval forest (Granica, Sieraków, Zamczysko), which are now protected areas under Kampino National Park and cover a significantly larger area. In fact, Kampino's National Park was built in 1959. Among those who contributed to the establishment, first and foremost are Roman and Jadwiga Kobendza, who in 1930’The camps – in the area of the Kampino primeval forest – conducted extensive studies of floristic-phytosociological (R.Kobendza) and geomorphological-geological character (J.Kobendza). The current area of the park amounts to 38.5 thousand hectares. Under strict conservation is 4,638 ha. (22 different areas). A protection zone was established in 1977 around the park of 37,756 ha. Over 70% of the park is covered by forest. The primary forest-forming species is pine and the dominant biotope is coniferous forest. In the park's landscape, which is exceptionally varied, two elements that contrast with each other dominate, namely dunes and swamps.

is the most important element in the design of the primeval forest. They occur in two forms: dune arcs and dune wounds. Most frequent are the dune arcs with front facing east and arms extending in a westerly and northwesterly direction.
The swamp areas
occurred in the past in the branches of the Wisła River, which over time was cut off from the central riverbed. In the stagnant water, organic matter was precipitated; through this process, the bottom rises, so that the water depth becomes ever smaller. The moist and fertile soils are dominated by reed and swamp plants. Of the dead plant parts, peat layers were formed over time, resulting in low peat bogs. Later, some of these were dominated by woodland: swamp forests of electricity and birch, while others remained ungrown. The original natural conditions were only disturbed during the last two hundred years, namely by man through the drying out and conversion of the marshes to meadows and pastures.
The last inland ice had the greatest influence on the design of the landscape of the Kampinos primeval forest. The lowering of the water level and repeated changes of the rivers meant that islands and sandy areas appeared; the sand was shaped by the wind over time and formed the dunes we know today.

Ownership, utilization and settlement through the ages

Until the 15th year. owned the Kampinos primeval forest by the Masovian princes. In 1467 it was placed under the crown. At that time, the land under which parts of the forest belonged was taken out for a benefit. In 1590, the Crown's lands were divided into court estates, from which the proceeds went to the royal court itself, and the royal estates whose revenue went to the treasury. The primeval forest and the Kampinos property then belonged to the royal estates. These areas were now handed over to tenants, and control of them had Sejm. Prominent citizens of the Polish state applied for the status of tenants of the forest properties. One reason for this interest was the area's natural wealth of wood and the opportunity to easily transport the wood on the Wisła River. In the forest, the only pine trees in Mazowsze grew, the so-called mast trees. They were so tall and straight that buyers, carpenters and boatbuilders came from travelers all the way from Gdańsk. The growing demand for wood meant a growing utilization of the forest. In 1730’In the area there was a new settlement, the so-called scurvy. The name is due to the makeshift sheds or huts that the settlers temporarily lived in while they felled the trees. The areas inhabited by “shed Boers” (budnicy), was the beginning of later villages and fields in the places where the trees had been felled. Of particular interest is the history of the Dutch settlement in the Kampinos primeval forest. For centuries people had been aware of this people's ability to interact with the wet element and to take advantage of this ability. “Olendrzy” – for that is how they were called by the local people – settled under the so-called “Dutch law”. This one determined that these settlers were free people. Today, there are still traces of the improvements that “Olendrzy” completed and which has become a permanent element of the Kampinos landscape at Wisła. These include: elevations (natural or artificial) in the terrain on which one built their houses, thereby protecting them from being destroyed by water in the event of floods; it is also a field shrub, planted with willow and poplar trees: during floods, the trees marked the settlers' fields just like buoys on the sea; moreover, wicker fences, set up among the trees to inhibit the power of the water in the event of floods, and to hold on to the fertile virtue when the water fell.

In the national park, forests dominate by approx. 71% of the area, especially mixed forest. In addition to the forests, there are a number of other plant communities that together represent a significant variation in plant growth. There are biotopes linked to the open water, both water surface and underwater, reed forests, vegetation with star grasses, low mosses as well as high mosses, moist meadows, pastures, heaths and others. A total of 118 plant communities have been noted in the Kampinos primeval forest. Up to now, approx. Approx. 1370 species of vascular plants, of which vascular spore plants 35 and the seedlings constitute approx. 1335. The number of protected species is 74; partially protected are 20 species.

Due to its biological diversity, Kampino National Park is one of the most important animal reserves in the Polish lowlands, and as such it has received recognition from UNESCO for its biosphere reserve and from the European Parliament for its bird sanctuaries. Among the breeding birds, two species that are among the most endangered species worldwide should be mentioned: breeding meadow and probably breeding water singer and 30 species considered threatened on a significant part of the European continent: reindeer herring, dwarf heron, white stork, black stork, wasp, pipe hawk, heath hawk, small scream eagle, spotted pipe quail, small pipe quail, tear, tinker, marsh owl, fjords, dwarfs, iceberg, natraven, blackwood, white-backed woodpecker, mid-flagpole, gray-tailed hawk, heather eagle, heather badge fly snaps, red-backed thorn damage and hortulan.
Other animals live, among other things. the following in the national park: moose (about 115-120 individuals), beavers (currently 26 groups with about 80 individuals) and lynx.

The tourists can make use of approx. 360 km of marked hiking trails and a marked bike path. 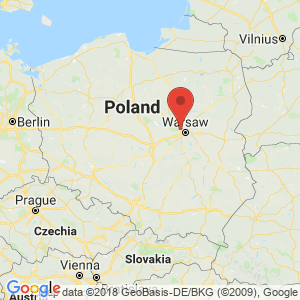