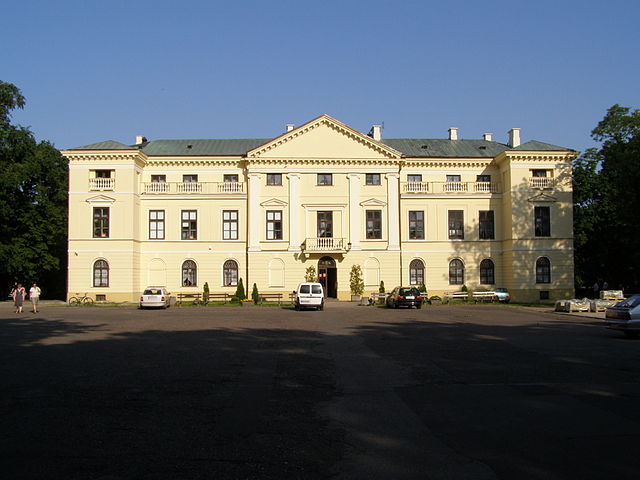 Mińsk Mazowiecki is located in eastern Poland, east of the capital Warsaw.

Mińsk Mazowiecki was granted market rights in 1421 by the Masovian prince Janusz I the Elder. The parish church functioned from 1422; it was located where the present church is, namely at Gammeltorv (Stary Rynek). The city developed rapidly in the 15th and 16th centuries. The city invades the Swedish invasion in 1655-1657.
By the partition of Poland in 1795, the city came under Austria.In 1873 the Polish businessman Konstantin Rudzki founded an iron foundry in the city under the name “Machine factory and Iron foundry K.Rudzki”. The plant later came to produce both water pipes, railway equipment and steel structures for bridge construction. These products applied to a large market, not only in Poland, but among other things. also in Russia and China. By the end of the 19th century. the owner employed about 1000 workers. The factory's traditions continue in the still existing factory RD&D (Crane Equipment Factory).
During the Polish-Soviet War, in August 1920, the city was briefly occupied by the Soviet army.
During the German occupation in World War II, resistance groups Armia Krajowa and Gwardia Ludowa worked in Mińsk Mazowiecki.
As of 1999, Mińsk Mazowiecki is the city center of the district of the same name.

Dernałowicz Mansion
North of the Old Town Square (Stary Rynek) is the Dernałowicz mansion and the large park belonging to the mansion. In this place was once a fortified farm. The current mansion dates from the 17th century. After 1602, Stanisław Warszycki became the owner of Mińsk and he converted the former building into a castle. The castle was rebuilt in the 18th and 19th centuries, the last time by Stanisław Jezierski after drawings by Henryk Marconi; thereby creating the classicist form seen today. From 1870-1944, the genus Dernałowicz was the owner of the castle. After that it came into public ownership. Most recently, as the municipality's property, it has been furnished as a cultural center.

Virgin Mary's Birth Church
The church was built in the 16th century, on the site of an older church from the 15th century. Later destroyed, rebuilt and finally remodeled in 1908-1912 – in neo-Baroque style. The church is located on the northern side of the original (medieval) square.

Famous people associated with the city:
The actor and writer Jan Himilsbach (1931-1988) was born in Mińsk Mazowiecki .

weigh
At Mińsk Mazowiecki, two major highways are crossed: the A2 (E30) from Świecko at the German border via Warsaw to the Belarusian border at Brest and No. 50, which acts as an outer ring road around the Warsaw area.

railways
The railroad through Mińsk Mazowiecki connects Berlin with Moscow via Warsaw. 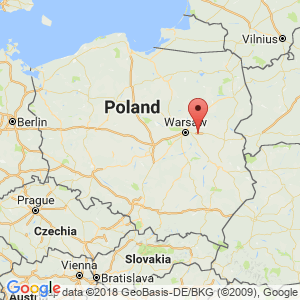