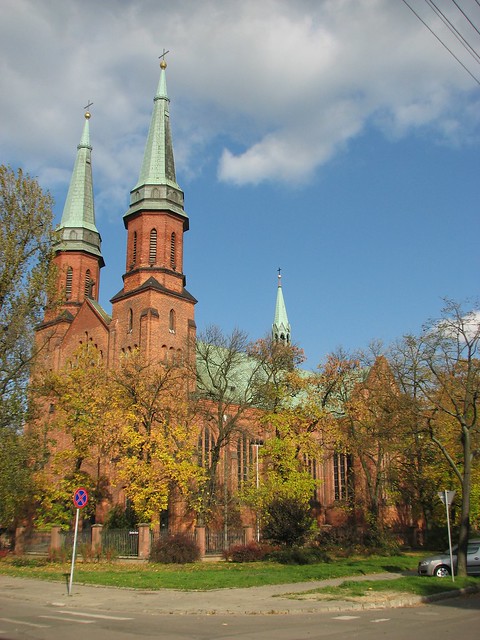 The industrial town of Pruszków is located a few kilometers southwest of the capital Warsaw, by the small river Utrata, a right tributary to Bzura, which in turn is a left tributary to Wisła. Pruszków is the largest of the cities located on the western outskirts of Warsaw. Pruszków is the center city in the district of the same name. Of course, the importance of the city's development is of course the proximity of the capital, the good road and rail links and the short distance to the airport in Okęcie (15 km). In Pruszków is one of the largest container terminals in Poland. The city is experiencing a lively business development. Several departments under the central administration have an address here.
The beginning of the present city was the village of Pruszkowo, known since 1415. Older yet the locality is Żbików, known since 1297; it is now a northern district of Pruszków. The city first became important in the 19th century, when the swamps around Utrata became dry and a railway line was built from Warsaw to Vienna. Several industrial companies were founded in the last half of the century. The city gained market town rights in 1916. During the German occupation of World War II, at least 1000 inhabitants perished. Ca. 1,600 Jews were sent from here to concentration camps. In the halls of the railway workshop, a transit camp was set up for the people displaced from Warsaw. Today, the central part of Pruszków is a mosaic consisting of the small or relatively small town on two or three floors with various shops and workshops as well as very large blocks of flats. Stadsparken is a former manor park from the 19th century. Visible at a long distance is the neo-Gothic church in ikbików from 1914.

Manufacturer's home belonging to the faience factory owner
The house was built in the second half of the 19th century. in eclectic style. A rebuild took place in 1907.

Potulicki Mansion
built around 1860 in a classicist style. Together with the park and the ponds, it is a listed building complex. The mansion was basically renovated in 2003-2004 and now contains the Municipal Population Register.

The annex of the mansion with the carriage hall / Museum
erected in 1860’romantic ones. In 1975 the building was designed to accommodate the Museum of Ancient Ironworks in Mazowsze.

Virgin Mary's Immaculate Conception Church
- a neo-Gothic church built 1906-1914 at the site of a church dating from the 15th century, located in the district of ówbików.

Tworki hospital complex
in the Tworki district. It is an insanity hospital built in 1888-1891. The complex also includes a church and a large cemetery.

The former railway workshop
Of the several buildings belonging to the complex are the most well-known management buildings from the late 19th century, the car repair hall and other workshop buildings.

Pruszków belongs to the group of urban communities around the capital that together with the city of Warsaw make up the capital region. Read about Warsaw Warsaw – page 1 . 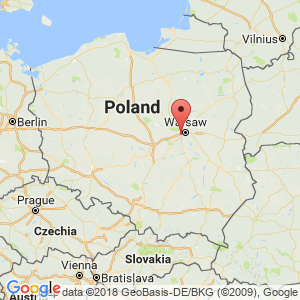