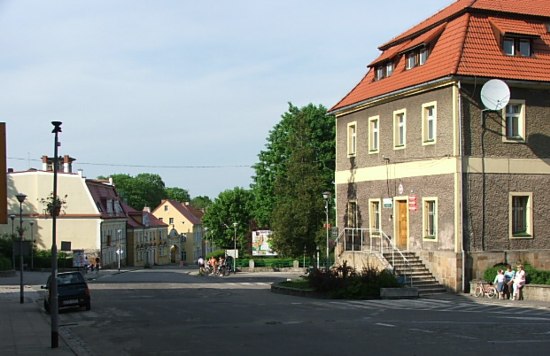 Złoty Stok is located in a mountainous area in the southern part of Lower Silesia, immediately at the Czech border and midway between the cities of Kłodzko (to the west) and Paczków (to the east). Located on the northern edge of the Góry Złote mountain range (“The Golden Mountains”) holds great landscape and recreational values. The city's name means “The Golden Hillside”.
From 1210, in a monastic document, the first information about land areas near Złoty Stok has. A document from 1325 indicates the existence of a gold mine at Złoty Stok. It is this mining industry that has given the city its name. In the middle of the 14th century. Złoty Stok was the largest producer of gold in Silesia and among the largest in Europe. Up to 140 kg was recovered during the best periods. gold a year. After the gold mining ceased, arsenic began to be extracted, a business that lasted until 1961. – The city was initially ruled by Polish princes of the Piast genus, then of Czech kings, of the Habsburg dynasty, Prussia and Germany, and it did not return until 1945. under Polish rule.

Gold mine
The underground tourist route “Kopalnia Złota” (The gold mine), where visits 2 preserved chairs (mining corridors) as well as an underground waterfall (the only one in Poland). A visit lasts approx. 1.5 hours.

mineral Museum (Muzeum Minerałów)
at Kopalnia Złota. Here is presented the history and tools of gold mining, used in mining.

The Golden Path (Złota Ścieżka)
Tourist route, where in the mountains just south of the city follow the history of mining, its location and connection with the history of the city. Along the way in the beautiful scenery many points with panoramic views of the surrounding area are passed.

Coin workshop (Mennica), Plac Kościelny 2
The building of the new coin workshop in the city was completed in 1520. ducats and other coins, made of local gold, as well as grosze and other coins of silver. The coins were embossed with Saint Kristoffer's portrait, the coat of arms of the Ziębice-Oleśnica Principality, Prince Karol I’s name and Złoty Stok’s Latin name (Reichensteinensis). It was once the largest coinage site in Silesia. The building later became the seat of the administration of the mining industry, first the local and later for larger parts of Silesia.

The Gothic House , Rynek 11
The Gothic house is originally from the 15th century, but rebuilt in the 18th century.

Fugger’s House (Kamienica Fuggerów), Rynek 19
The house was built around 1520. It was the seat of the Fugger family who from here managed their gold mines in Złoty Stok. Built in Renaissance and Baroque style with a magnificent gable section, the Fugger Building was the most beautiful house on the square. 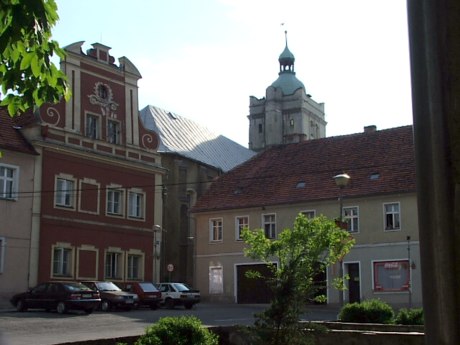 St. Christopher's Church (Kościół pw św. Krzysztofa), Place Kościelny 2
The church, dedicated to Saint Kristoffer, the patron saint of the miners, was built in 1513-1517 at the site of the city's former church (from the 14th century). The church belonged to the evangelical congregation from 1536. The building was rebuilt after the fire in 1638, and it is now called the Savior's Church of Christ. The church is built in the Renaissance style. The entrance under the tower is adorned with the city of Złoty Stok’s weapons as well as the Principality of Ziębice-Oleśnica’s weapons. In the porch there are tombs from the 16th century.

Güttler’s House (Kamienica Güttlerów), ul.Wojska Polskiego 2
The house was built in 1895 as a residence and office building for the owner of the arsenic mine “Rich Trost”, Hermann Güttler.

Gmina Złoty Stok (Official site of the city and municipality) 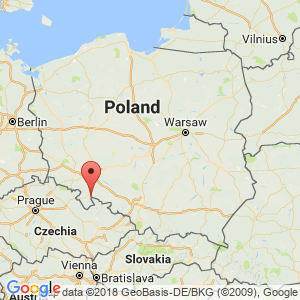