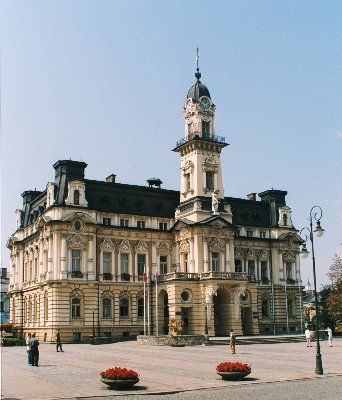 City Hall on the main square of the city

Nowy Sącz is a major provincial city as well as an administrative and commercial center with a considerable hinterland.
Nowy Sącz is the main town in the Sącz district and is located in the Sącz Valley in a branch of the Beskidy Mountains, which also bears the name Sącz (Beskid Sądecki). Through towns the rivers Dunajec and its tributary: Kamienica, so that the old town lies on a “Peninsula” between the two streams.

The city's founding dates back to 1292, when King Wacław II, in a letter of privilege, ordered the city of Sącz to be moved to another location. (The former (Old) Sącz is then called Stary Sącz and the new city Nowy Sącz). Other historical records date the construction of the city walls to the late 13th / early 13th century and the building of the castle to the middle of the 13th century. Severe fires and floods ravaged the city in the 15th century. Nowy Sącz was occupied by the Russian army during World War I and by the German army during World War II. In 1951 Nowy Sącz is classified as a district city (with rights as a district). 1975-1998 is the city of the county in Nowy Sącz County. From 1999 – under the new administrative structure – Nowy Sącz city is an independent urban district (powiat) and at the same time the capital city of Nowy Sącz (land) district (Powiat Nowosądecki). 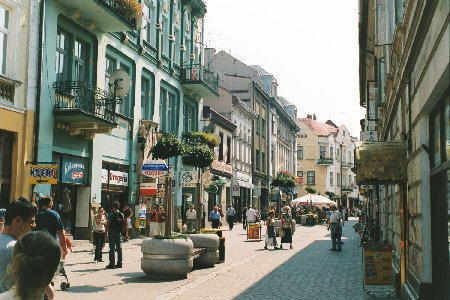 Jagiellońska street in the city center

The historic city center is from the 13th to the 14th century. The large and beautiful main square (one of the largest in Poland) with the impressive town hall located centrally. This the last of several town hall buildings (the first from the 15th century) was inaugurated in 1897 and is built in an eclectic style, predominantly Neo-Renaissance and Neo-Baroque.
Also worth noting is the old street in the center: ul.Jagiellońska.
Margrethe Cathedral (Bazylika św.Małgorzaty); the history of this church is closely linked to the history of the town itself; the present church building dates from 1446, rebuilt in the 19th century. Gothic and Baroque building elements are preserved.
The Jesuit monastic complex from the 15th to the 16th century.
Ruins of the castle from approx. 1350. The castle was initially the seat of the local governors.
Nowy Sącz Regional Ethnographic Park (open-air museum) with 54 traditional buildings: farmhouses, country houses, manor house, church, etc. from the local area, which represents the building style of different population groups.
Regional Museum (with local art, among others). The Jewish Museum “Stara Synagoga” (The Old Synagogue).

Nowy Sącz is the perfect starting point for a visit to the picturesque villages and small towns in the Poprad-Dunajec Valley. The scenery is beautiful and the places are still relatively undiscovered by tourists from abroad. There are only a few kilometers via Rytro and Piwniczna to the nearest border crossing to Slovakia. Attractions include:
Church of Our Lady of the Assumption i Andrzejówka , built in wood; former Orthodox Church.
Saint Kosma and Damian’s Orthodox Church from the 16th-18th centuries. in Berest .
The square and the neo-Gothic church in Grybów .
Mariæ Birth Church, built of wood, i Kruzlowa (from 1520).
The health center in Krynica .
Building complex with former manor house and castle ruins from the 14th century. in Muszyna .
St. Andreas Church (wooden church) from the middle of the 16th century. in Polna .
Church of Mary from 1555 i Ptaszkowa (Wooden church).
Castle ruins from the 14th century. on the heights of the river Poprad i Rytro .
Stary Sącz : The old town with, among other things, square. In the same town: The Church of the Holy Trinity from 1332 and the Klara Sisters Monastery Complex from 1601-1604; St. Elizabeth Parish Church from the 2nd half of the 14th century. 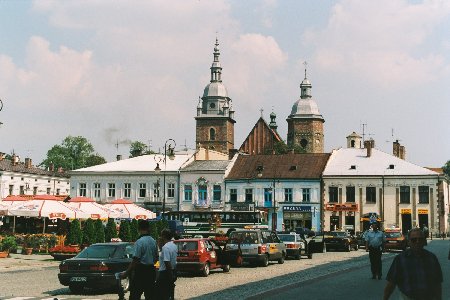 Church of Margrethe seen from the square 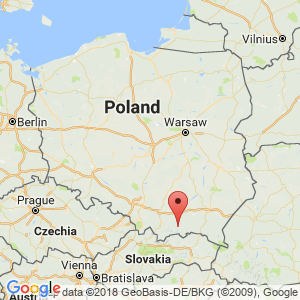