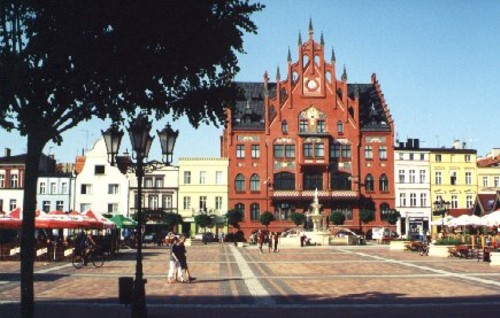 The square and the town hall of Chojnice

Chojnice (approximately 40,000 inhabitants (2003)) is located in the Krajna Lake landscape near a greater concentration of lakes and forests. The city is a commercial and cultural center.
Chojnice got in the 13th year. commercial property rights, issued by the Pomeranian prince, Mestwin II. In 1310 the city was taken over by the Crusaders. From 1466-1772 the city was Polish, then and until 1920, Chojnice belonged to Prussia. 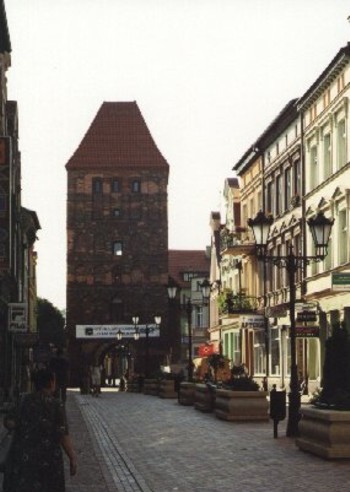 View from the square towards the Człuchów gate

Square in the old town, Stary Rynek, was renewed in 2002. Interestingly, the remodeling of the facades of the houses that stand along the southern side of the square is interesting. Three-story, gray apartment blocks, typical of post-war housing construction in Poland, have been given a “facelift” and has turned into nice houses in a style that could be from the late 19th century. Here in the city center you will find a cozy atmosphere with many flowers and plantings. In the square itself, several cafes animate the visitors to settle down.

Chojnice is a short distance from a number of national and natural parks; There is thus only 3 km (north) to the border of Zaborski Park Krajobrazowy (nature park), 10 km (north) to Bory Tucholskie National Park and 10 km (east) to Tucholski Park Krajobrazowy (nature park). The central and northern part of the municipality is covered by postglacial sand plaques, overgrown with pine forests. Lush soil has little of it; on the other hand, nature is often preserved in a virgin state. In the municipality there are approx. 40 lakes of different sizes. The surrounding area is a good tourist destination, both for kayakers and sailors as well as for anglers, mushroom collectors, hikers and lovers of cycling and equestrian sports.Of the main villages should be mentioned: Charzykowy, Funka, Bachorze and Swornegacie. The forest density is high in the area, which is flooded by several rivers and small rivers (Brda, Zbrzyca, Chocina, Czerwona Struga).
Charzykowy – (6 km to the north). Tourist village, located on Lake Charzykowy. The lake covers 1360 hectares with a length of 9.5 km, a width of 2.5 km and a depth of up to 30 m. Here was the first sailing club in the new Poland after the First World War (1920).
Leśno – (25 km to the north). Here you will find stone circles that testify to the Scandinavian Goths, Roman mounds and a beautiful wooden church from the middle of the 17th century.
Swornegacie – (15 km north) on Lake Karsiński.
The National Park “Bory Tucholskie” , see: National Parks in Poland
Zaborski Park Krajobrazowy. This natural park was created in 1990. Under the protection of the park there are 34000 hectares of forest as well as agricultural land in the municipalities of Chojnice and Brusy. There are 36 lakes and several rivers in the park. Several hiking and biking trails as well as didactic nature trails facilitate accessibility and orientation in the park. 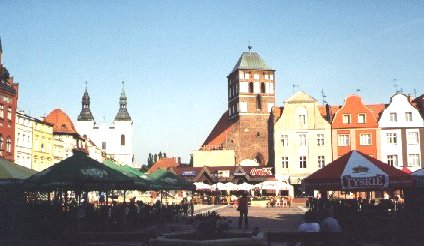 View from Chojnice square towards St. John the Baptist Basilica (th) and Church of the Virgin Mary (with two towers) 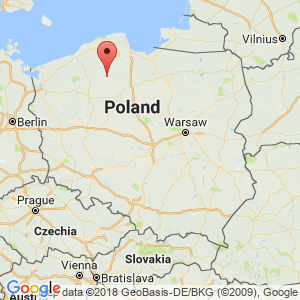