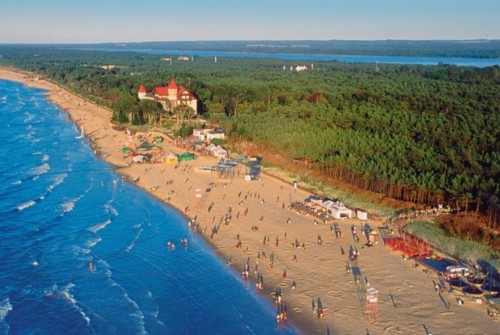 Łeba is a seaside resort and fishing port on the Baltic Sea, 30 km northwest of Lębork. The area is especially known for its hiking dunes that characterize the landscape. The city (originally a small fishing village) gained market town rights in 1357. For centuries, Łeba has fought against the forces of nature. Floods in the 14th and 15th centuries. and threats of sand escape and hiking dunes in the 16th century. meant that in 1570 the town had to be moved to its present location, a little further away from the coast. The ruins of the sanded church can now be seen near the beach.
Guests of the hotel can enjoy. enjoy the modern campsites and holiday centers, take part in sea trips and enjoy tasty fish from the local smokehouses. Tourist trails lead from the city into the nearby Słowiński National Park. 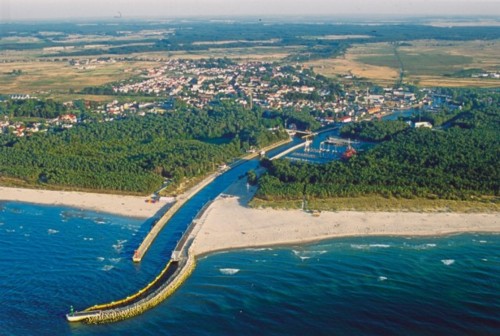 Aerial view of Łeba seen from shore towards land. You see part of the beach, the port entrance, the harbor and the city. – Source: www.fotoleba.pl

Along the Baltic Sea, east and west of the city, two lakes extend, to the east of Lake Sarbsk (Jezioro Sarbsko), to the west the much larger Lake of Esko. To the west, the town borders the Słowiński National Park, which includes the lakes Łebsko and Gardno as well as the coastal area facing the Baltic Sea. The national park has an area of just over 18,200 ha, of which the lakes make up just over half. In the park area are huge dunes, which are among the largest in Europe. The highest is Lacka with 42 m and an area of approx. 300 ha. 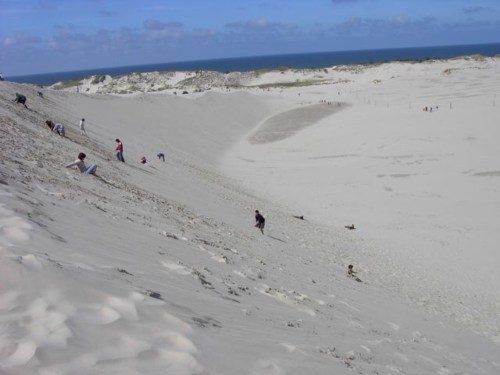 The dunes at Łeba. – Source: www.fotoleba.pl 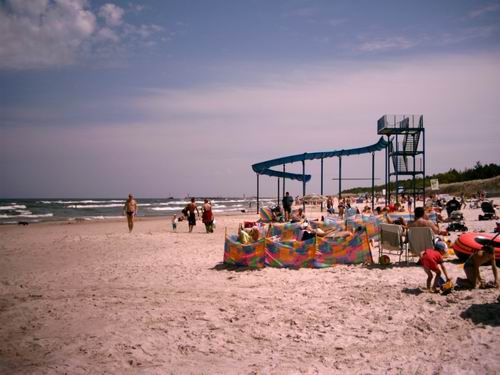 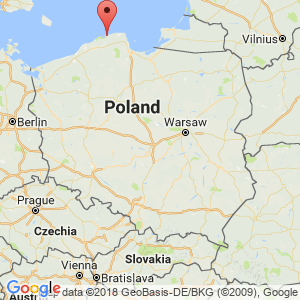