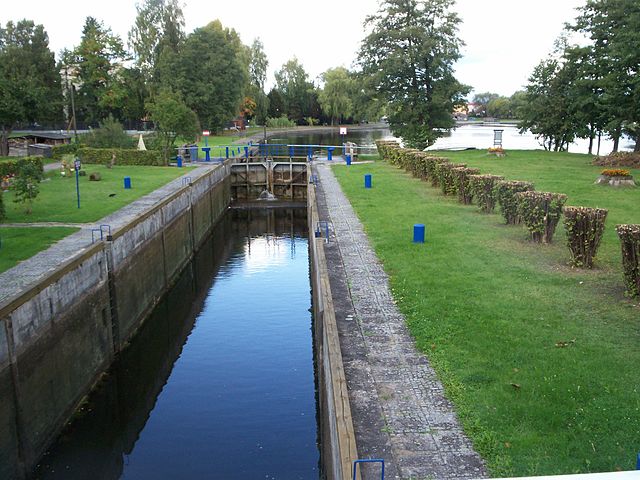 Augustów, located in the northeastern corner of Poland, in the Podlasie region, is on three sides surrounded by a very large forest area, the Augustów primeval forest, as well as the lakes Necko, Białe and Sajno. The city is thus picturesque and even one of the largest cities in the region.
The Augustów primeval forest is an environmentally rich resource for the region, creating a specific microclimate. In the forest, conifers dominate the air, which purifies the air and enriches it with, among other things. oxygen. The first record of Augustów dates from 1496, but the town was founded only in 1555. The city was located between an agricultural area and a forest area and arose from trade between the two economic regions. Augustów was granted Magdeburg market town rights in 1557, issued in Wilno by King Zygmunt August. The city was named after the king and also received a royal city coat of arms, on which is seen the monogram SA (Sigismundus Augustus) and public relations, ie. King of Poland.
In 1656, the city was destroyed by the Tatars and in the second half of the 17th century. haunted Augustów several times by epidemics. After devastation and hardship, the city was rebuilt and was at the transition between the 18th and 19th centuries. the largest city in the Suwałki area. In the 19th century, when Augustów had become part of the Polish Kingdom, the building of the Augustów canal was begun. Channel planner and main contractor was Ignacy Prądzyński.
Augustów became part of free Poland in July 1919. During the interwar period, the city became an important economic and administrative center as well as one of the most important tourist centers in Poland.
In 1979, the city was awarded the Grunwald Cross of the Second Class for the efforts of the inhabitants during World War II.
In 1993, Augustów was granted the status of a spa town (uzdrowisko), which has had a significant impact on the further development and promoted investment in tourism in the area.

Augustów is located just 45 km west of the Belarus border. However, the closest major border crossing to Belarus is Kuźnica, approx. 90 km to the southeast.
The border crossing at the Lithuanian border is called Ogrodniki and is located 47 km northeast of Augustów. 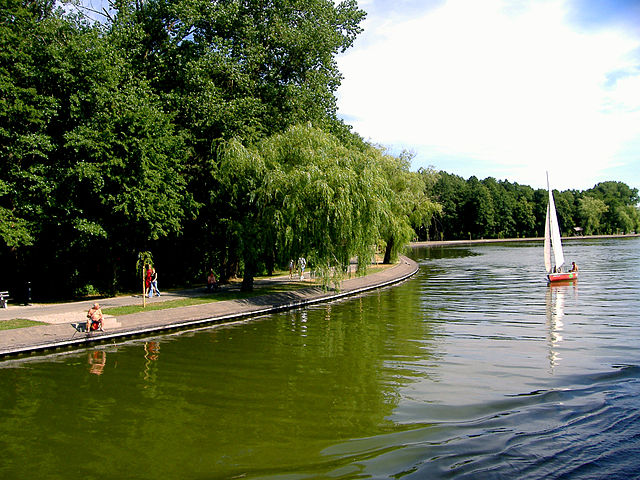 The lakes
around Augustów with lots of outdoor activities.
water Ski lift
at Lake Necko, on the town side; the first professional of its kind in Poland.
Center for Tourist Information
is located in a beautiful, modern building at Zygmunt August Square.
The Center for Sport and Recreation
near the city center, includes sports swimming pool, another swimming pool, children’s swimming pool, sauna, solarium, massage parlors, fitness facilities and much more.
Church Bazylika Mniejsza NSJ
is built in 1906-11. Since 1564 there have been 5 churches in this place. The church is a mixture of style with a preponderance of Romanesque elements.
Impet Outdoor Team
organizes in the Augustów area courses and other events such as survival trips, leadership training, team building and the like.
Augustów canal.

Augustów canal.
Near Augustów, the excellent and protected engineering work, the Augustów Canal, can be both visited and navigated. The Augustów Canal forms part of the waterway connecting the Wisła and Niemen rivers via Narew, Biebrza, the Augustów lakes and Czarna Hańcza. Originally, the canal was primarily used for rafting of timber, etc. Today it serves as a connecting link between the Augustów lakes, where passenger traffic takes place; At the same time, the canal is a popular kayaking route. All departures by passenger boats take place from the port of Augustów, where the eastern section of the canal begins. One should see the 14 locks dating from the beginning of the 19th century. – Read more about the channel here: Augustów canal: Canals and other waterways in northeastern Poland.
Augustow Lakes . Along the shores of the lakes around Augustów there are berths for the tourist boats as well as several holiday centers.

Booking.com
Augustow (in Polish, English, Lithuanian and Russian) – with practical information for tourists

Eating Out:
Augustow (in Polish, English, Lithuanian and Russian) – with practical information for tourists 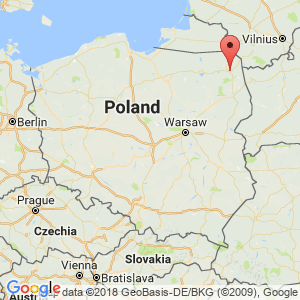