The Polish mountains - summer and winter

General about the mountains

Sudeten
The Sudety stretches from west to southeast about 300 km in length and about 50 km in width. These are ancient mountains in terms of their geological origins. The Sudets are characterized by long, flat mountain ridges with evenly sloping mountain sides. In some areas of these mountains there are interesting, freestanding cliffs, about which legends are sometimes told, because their shape can sometimes resemble human figures, e.g. the petrified knight (thus in the Góry Stołowe mountain range).
The highest mountain range in the Sudets is Karkonosze (between Szklarska Poręba and Karpacz), where the highest point is Śnieżka (1610 m). Karkonosze is established as a national park in Poland as well as on the Czech side of the border, where most of the mountain range is located. The wooded parts of the Sudeter Mountains are at the top of the red fir and further down with the forests of red fir, fir and beech.

Beskidy
Beskidy (which is again divided into smaller mountain areas with special names) extends from the city of Cieszyn (on the Polish-Czech border) and eastward all the way to the Ukrainian border – and on into Ukraine. Of the eastern branch of the entire Beskidy chain, only the part bearing the name Bieszczady is located in the Polish southeastern corner of Poland.
About halfway between the western part of the Beskidy Mountains and the Ukrainian border lies the highest mountain area in the Carpathians: Tatry. This mountain range is located on both sides of the Polish-Slovak border.
Beskidy – which, like Sudety, is wooded – is generally slightly higher than the Sudets (Sudety) and at the same time slightly younger than these. As a rule, the hillsides of Beskidy are steeper and the ridges more rounded. The highest point in Beskidy is Babia Góra (1725 m); around this mountain massif a national park has been set up.
The Beskidy Mountains are located in the area of Poland and Central Europe, formerly known as Galicia (Galicia). Until recently, there was an expression in Poland: “bidding galicyjska” (“Galician poverty”), as a term for very difficult living conditions. It was mainly from here, from Galicia, that young Polish girls around the turn of the century were brought to Denmark as laborers on the beet fields of Lolland and Falster.

Tatry
Tatry is in a straight line south of Kraków and most of the area is located in Slovakia. These are relatively young mountains with pointed peaks. The lowest elevations are over 900 meters and the highest peak, Rysy (in the Polish part of Tatry) reaches 2499 meters. The highest parts have alpine forms. The highest vegetation on the mountains is of the same type as the alpine flora, further down there are low dwarf-like growths and only at heights below 1250 meters do forests grow.
In the highest parts of Tatry are several mountain lakes and caves. 1393 meters above sea level is the largest lake in Tatry, Morskie Oko, at 34.9 ha. – Tatry is classified as a national park.

Pieniny
Pieniny is a mountain range in southern Poland and partly in northern Slovakia; The mountain range forms part of the extensive Pieniny rock belt between the Bialka Valley in Poland to the west and the Poprad Valley at St. L’oven in Slovakia.
The Pieniny chain is 35 km in length and up to 6 km in width. The chain is shared by the river Dunajec’s intersections in three parts: Pieniny Spiskie between Dursztyn and Niedzica with the highest point 88ar 883 m., Pieniny Właściwe (The Real Pieniny) between Czorsztyn and Szczawnica with the mountain Okrąglica (982 m.) as the highest point in the Korony massif Three Crowns) as well as Małe Pieniny (The Little Pieniny), extending between Dunajec at the height of Szczawnica and the Rozdziele Pass to the east; the highest point in this last part of the mountain range is Wysoka (1050 m.).
The Pieniny Mountains and the Spisz region

Bieszczady
Bieszczady in the south-eastern part of Poland has long mountain ridges and a vegetation that is at the top of the mountains and further down forests. The highest point is Tarnica (1346 m).
Bieszczady

“zdroje” – spa resorts in the mountains In the Polish mountain areas, there are many deposits of natural mineral water, whose importance to health has been known for a long time; For this reason, several societies and settlements arose, establishing institutions: sanatoriums and the like, whose work was based on the healing power of water. In the past, people in Poland said they were traveling “there wod” , i.e. “to the waters”, in the sense “to the sources”. Several cities in the mountains have a name that consists of two parts: first the actual name of the city and then the addition “Zdroj”; the last is an old Polish word meaning source. Examples are: Kudowa Zdrój, Polanica Zdrój, Ladek Zdrój, Krynica Zdrój, Iwonicz Zdrój, Duszniki-Zdrój and Rymanów Zdrój. 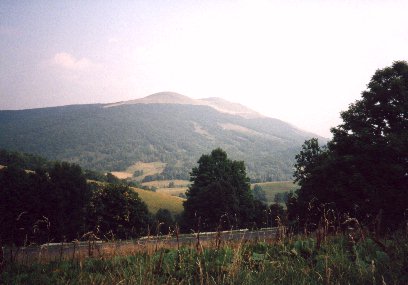 In the mountains, the time from May to October is rich in warm, sunny days. The short, but violent, showers, often with thunderstorms, last a maximum of 2-3 hours and cause the air to be refreshed. The large areas of coniferous forest contribute to the creation of a special microclimate that has a health impact on humans. Although in the summer there can be a heat wave in the towns and villages, located in the valleys, you just have to move higher up the mountains to enjoy the fresh air there.
In connection with some mountain rivers, artificial lakes have been built; in the summer, these attract the tourists who enjoy water sports.
The nature and terrain of the Sudets, Beskidy, Bieszczady and Tatry provide excellent opportunities for active tourism: hiking (including hiking, trekking), rock climbing, cycling, forest walks and horseback riding. Each year, new, marked trails for hikers and cyclists will emerge, which can safely move around the mountain areas, especially if you study local special maps.

Sudeten
Best prepared for a tourist development are the Sudets; Here are many exciting small towns and villages from which you can choose to go hiking in the mountains or visit sights in the immediate vicinity.

Beskidy
Beskidy is beautiful mountain and a suitable destination for hiking tourists, who can plan trips over several days, during which they spend the night at the hostels in the mountains. You can also simply stroll shorter trips along the marked mountain trails or go on mountain bike rides and – in any case – admire the panoramic views from the mountain tops. 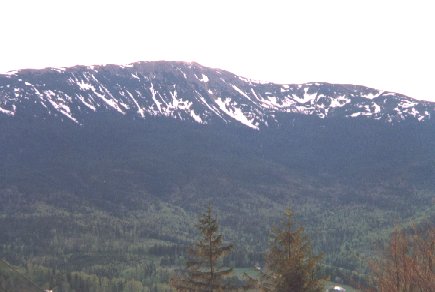 The Babia Góra mountain range. View from the Mosorny Groń mountain to the south. You reach the top of Mosorny Groń (near Zawoja) with a chair lift.

Bieszczady
Bieszczady has been called by the Poles themselves “the Polish Wild West” (even if it is to the east of the country!). After World War II and the communist takeover of Poland, Bieszczady became the home of several groups of partisans who fought the communist regime. Yet in 1950’The people said about Bieszczady that there were people walking around with weapons in hand.
Today, Bieszczady has come to terms with tourism “fashionable” among the Poles. The scenery is beautiful, there are lovely mountains and a wide view. And not least, Bieszczady is a cheap holiday destination for Poles. You could say that the area has one shortcoming, namely that it is far away from everything, but it also contains the region's distinctive character and charm.
Also see: Bieszczady

Tatry
Tatry is connected by many with the place name Zakopane, and this city is also an excellent starting point for trips to the lower lying parts of Tatry, as well as more demanding hikes with mountain ridges and mountain tops as a destination. Walks and expeditions to “High Tatry” requires local experience and e.g. knowledge of the passports; they also require good equipment and a good driver. Excursions are not suitable for individual, inexperienced tourists.

Pieniny
There are many marked hiking and biking trails in the area. The central part of the scenic Pieniny Mountains is laid out as a national park, and there are several nature reserves, some of which are accessible via tourist trails. You can go kayaking on Dunajec. Very popular is timber rafting on the Dunajec River, which very picturesquely cuts through the mountain landscape.
The Pieniny Mountains and the Spisz region

Southern Poland has climatic conditions that enable winter sports.
The snow begins to fall in November and is until the end of March; in the highest parts of Tatry (e.g. Kasprowy Wierch) you can ski as late as May. Generally, there are no alpine conditions – the exception is the higher parts of Tatry. The highest point in the Polish mountains (Rysy in the Tatry Mountains) is 2499 meters above sea level, while many of the ski slopes are considerably lower with relatively short slopes and without the very high falls.
As a whole, the Polish mountains can be recommended as ideal winter tourist destinations for those not particularly practiced in skiing, as well as for families with children.
In addition to the opportunities for skiing in the mountains, many winter sports venues arrange canoe trips (kuligi) in the surrounding area; These trips also include fun times around a bonfire where you can drink mulled wine and grilled sausages (which, incidentally, is very tasty; Poland is not known for producing the best sausages in the world).

Sudeten
In the Sudets there is the largest collection of ski resorts in the Karkonosze area (e.g. Karpacz and Szklarska Poreba).

Beskidy
The western Beskidy Mountains have many excellent winter sports venues. Thus, Szczyrk is very popular with skiing professionals. Likewise, Wisla attracts many young people – in recent years not least because the excellent Polish ski jumper, Adam Malysz, lives and trains there.
In the central Beskidy there are good skiing conditions including. on the slopes of the Babia Góra massif; the best starting point here is Zawoja, which is quite small but with very elongated settlement – by the locals called “the longest village in Poland”.

Bieszczady
Bieszczady has a ski resort in Ustrzyki Dolne. This area is a paradise for cross country skiers.

Tatry
However, it is Tatry that attracts the majority of tourists who love it “white fairy tales”. Zakopane is called the winter capital of Poland. Zakopane as well as the surrounding small towns are good starting points for skiing tourists, regardless of the degree to which they are dedicated to the art of skiing. From here you can also quickly drive to the Slovak parts of the Tatry Mountains, where there are also well-prepared downhill slopes.
In Tatry you find terrains and ski conditions comparable to the Alps.

for sites describing the Polish mountains:

Pieniny (Text in Danish :)
The Pieniny Mountains and the Spisz region