Ca. 20 km northwest of Krakow is one of the smallest national parks in Poland, Ojcow National Park. The landscape of the park is characterized by smaller, white limestone cliffs, beautiful valleys, gorges and secret caves.
The rocks have emerged as an accumulation of a huge amount of parts of organisms that lived in the sea of the Jurassic period for approx. 150 million years ago. The color of the rocks is usually white, otherwise pale yellow or pale gray. Characteristic of the park are the ridges, crowned by remnants of rocks that over time have taken amazing and very different forms (such as Hercules’ Club (25 m high), Crown Mountain, Diotima’s Needle). In the areas around Ojców there are two types of limestone, which include: differs in terms of hardness and occurrence of flint.
Ojców National Park includes several valleys, including:
Dolina Prądnika is the longest and most beautiful of the valleys of the rural landscape. The length is approx. 15 km. At the bottom of the valley is the river Prądnik.
Dolina Sąspowska is the longest, right-hand side valley (about 6 km) to the Prądnik Valley, which it meets in the middle of Ojców. The valley is exceptionally picturesque. The slopes are covered with forest. Among the caves in this valley is highlighted Jaskinia Koziarnia (90 m long). There are many rocks with beautiful shapes, not least near the Jamka Gorge, whose exit to the valley is framed by the Jamka Gate. This gorge is short (only 2 km), but contains many caves and other openings in the rock. Mention should be made here of Jaskinia Biała (75 m), Pustelnika, Krakowska (96 m), Mała, Piętrowa (55 m), Złodziejska (45 m) and Zbójecka (189 m).
A total of 420 caves have been found in the park area.
Wyzyna Krakowsko-Wielunska (Information about caves in Kraków-Wieluń Highlands).

The Kraków-Częstochowa Jural landscape is known for its castle ruins, the so-called “eagles Nests” (Orle Gniazda). These medieval fortresses were built on high ridges, where an important building element was usually the very limestone cliff to which the walls, consisting of limestone, were built. In clear weather you could always see from each castle 2 of the neighboring towns. Wawel in Kraków was the southernmost castle in this defense system. Of many of the castles, only majestic ruins are left. “Eagle Nest route” has for many years been popular with hikers and with time also among car tourists and cyclists. Nearest Krakow and in the area of the national park are the castles of Ojcow and Pieskowa Skała.

Ojców is a village located in the middle of the national park. The site became known in the first half of the 14th century, when a castle was built here. Of the castle is still preserved to this day: the Gothic gate building from the 14th century, rebuilt at the end of the 19th century. The building used to house a small regional museum, but now you can see exhibitions about the history of the castle. Other preserved building remains are: parts of the defense wall and the castle chapel wall; the well in the courtyard, which is carved into the rock at a depth of 40 m; the octagonal fortress tower, called the Kazimierz Tower, built in the 14th century. of pebbles; the stone pillars that formerly carried the access bridge to the castle. The ruins cover an area of approx. 6000 m2. According to legend, the castle was haunted by a ghost – the spirit of a deceased widow, but the ghost disappeared after Poland's third division. – The castle is open to visitors.

Pieskowa Skała is located in the northern part of the park, on the hills above the Prądnik Valley.
Through this valley, in the Middle Ages, the trade route connecting Kraków with Wrocław and Pomerania with Lwów went.
Pieskowa Skała is first mentioned in 1315 as a stone castle founded by King Kazimierz the Great.
The castle is built on a high cliff platform; From here there is a steep drop to three sides, which helped to make the castle unapproachable. From the end of the 14th century. was the castle residence of a number of aristocratic genera. The first private owners of Pieskowa Skała were members of the Szafraniec family, who rebuilt and expanded the castle. In the 15th year. they built the lower castle with two cylindrical towers, and in the 16th century. they modernized this part of the building, creating a courtyard with arches in the north Italian style and with sculptural embellishments. This work was completed in 1578.
From 1640, the owner was Michał Zebrzydowski and he carried out further remodeling, building a chapel and on the east side – from which the castle was most threatened by attack – a new fortification site with fortress towers, walls and moat. Despite the extensive fortifications, the castle nevertheless came on Swedish hands during the Swedish attack in 1655. The enemy forces held the castle for two years.
The next owner of the castle was the Chancellor of the State and the star cheese of Kraków, Jan Wielopolski, who restored and fortified the fortifications after the war. The next rebuild was done by Hieronim Wielopolski in 1760, a rebuild necessitated by the fire in 1718. In 1842, Pieskowa Skała was purchased by Jan Mieroszewski. In 1896, the castle was sold and valuable pieces of furniture and artworks were sold. Author Adolf Dygasiński organized a company that bought the castle, restored it and furnished it for summer pension, a function the building had until 1939.
After World War II, Pieskowa Skała was nationalized. In the years 1948-65, the castle, under the leadership of Professor Alfred Majewski, regained its former Renaissance appearance, and from 1966 the castle was decorated as a museum, a section of the museum at the Wawel in Kraków.
Today, Pieskowa Skała is one of the most beautiful examples of Renaissance architecture in Poland with elements of both Italian and Dutch Renaissance. Significant parts of the original Gothic castle have also been preserved, especially in the western part. From the courtyard, a well, carved into the rock, leads down to the river Prądnik’s level.
The castle is accessible to visitors.
Castle of Pieskowa Skała
Ojców; Pieskowa Skała (Pictures of the Pieskowa Skała and Ojców castles) 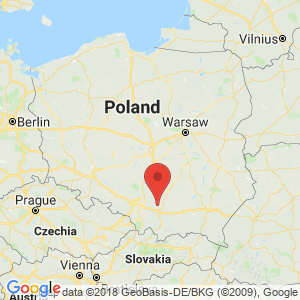