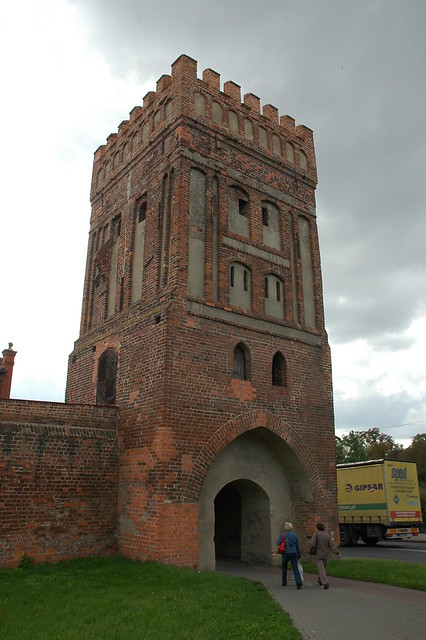 The city gate of Brama Bańska (with a remnant of the city wall) in Pyrzyce. – Photo by: isamiga76 on Flickr

Pyrzyce is located in northern Poland, southeast of Szczecin.

The anonymous author – called Geographus Bavarus – of a medieval writing on tribes in central and eastern Europe, mentions the Prissani tribe (perhaps: Pyrzyczanie). However, this connection between the Prissani tribe and the later locality of Pyrzyce is uncertain. Scripture is thought to have originated around 850. It is known that the inhabitants of Pyrzyce became Christian in 1124.
A new city was built between (about) 1230 and 1240. Later in the 13th century. the city was surrounded by a rampart, a moat and a city wall with access gates.
In 1263, the city gained rights as a market town.

Church of the Painful Mother of God
from the 2nd half of the 13th year. It is also the abbey church of the Order of Augustine.

Bymuren (13th century.)
The remaining part has a length of approx. 2000 m., Including 4 preserved fortress towers

Istårnet (15th-16th century)
The former dungeons on the lower floor became in the 19th century. used for freezing meat.

Virgin Mary's Church of the Assumption
- first mentioned in 1312

Saint Otto’s well
From a well in this place, St. Otto has – according to tradition – used water at the baptism of the town's inhabitants in 1124.

Pyrzyce – with practical information for tourists 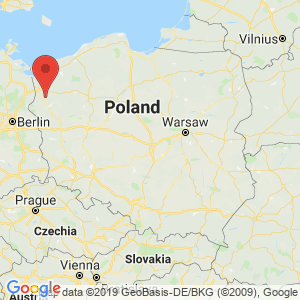