Police are located north of Szczecin, on the west bank of the Odra River; Police municipality is located in Police powiat, which is again part of the West Pomeranian County (Województwo Zachodniopomorskie).
Powiat is an administrative level (“district”) between primary municipality and county; it was (re) created in Poland by a law that came into force on 1 January 1999, at the same time as the rules on the new county boundaries came into force.
In addition to the Police municipality, police powiat includes the following (country) municipalities: Nowe Warpno, Dobra (Szczecinska) and Kolbaskowo.
Police powiat covers 664 km2 with 57161 inhabitants. The workforce is at 19761 people. Number of unemployed: 1439 persons.
The police municipality covers 252 km2 and the population is 41701. The number of people employed is: 9602, of which women: 3762.

History:
The town gained market town rights in 1260. Until 1321, the town was the property of the Pomeranian princes. In 1630 the town was occupied by the Swedes, in 1720 by the Prussians.
During World War II, there were sections of the kz camps Stutthof (Sztutowo) and Ravensbrück, as well as 9 forced labor camps. The prisoners were employed in a factory under the IGFarben Group that manufactured synthetic gasoline. From 1945 the city was (again) within Poland's borders.
Sights: a 15th-century chapel – remains of the former Church of Mary.

Profession:
The most dominant company in the city is the large chemical plant Zaklady Chemiczne Police, which manufactures artificial fertilizers. It is one of the largest companies in Poland. On a top 100 list of the largest Polish companies it ranks as no.33.
Development:
In the future, the city will focus on industrial development (with the use of environmentally friendly technology) and on tourism: Trzebież on the Szczecin fjord, Puszcza Wkrzańska
The port:
Police port is located about 15 km north of Szczecin and is owned by Zaklady Chemiczne Police; however, the port is controlled by the Szczecin port office. In 1997, the port served over 550 ships.

Twinning:
Police have friendships with Korsør in Denmark and Ueckermünde in Germany.

Close north of the Police begins Puszcza Wkrzańska, a natural area with forests and bogs, which are excursion destinations for many of Szczecin's residents; here you can find a bird sanctuary on Lake idwidwie.

Police – with practical information for tourists 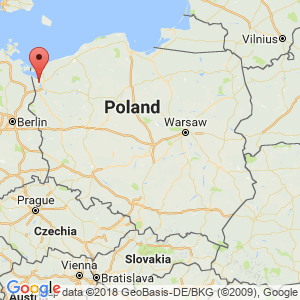