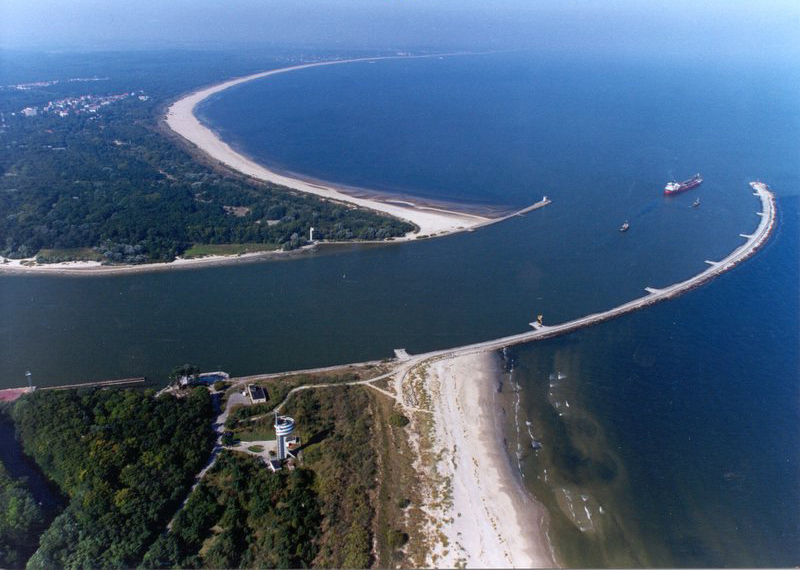 River Świna’s mouth into the Baltic Sea (Ujście Świny – hence the name of the town). – Photo by: User: Special b, Swinoujscie 30, CC BY 2.5

Świnoujście is located in the far northwest corner of Poland. It is the only city in the country to be located on a larger number of islands. Within the city area are 44 islands, but only 3 of them are inhabited: Uznam, Wolin and Karsibór. The island of Uznam is only approx. 10% of the area on the Polish side of the border; the rest belongs to Germany. On this island is the city center and this is where most of the tourist life unfolds. On the island of Wolin lies, among other things. the ferry port connecting Poland with Scandinavia, as well as the railway station and bus terminal – as well as the lighthouse.
The first historical records of the settlement on the river inawina’s estuary (of which the town's name) dates from the 12th century. Over time, different nations have ruled over this area: Danes, Swedes, Prussians and Germans. The city gained market town rights in 1765. In the 19th century. the site became one of the most popular health resorts in Europe. During World War II, Świnoujście was an important military port. 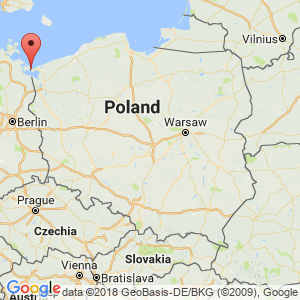