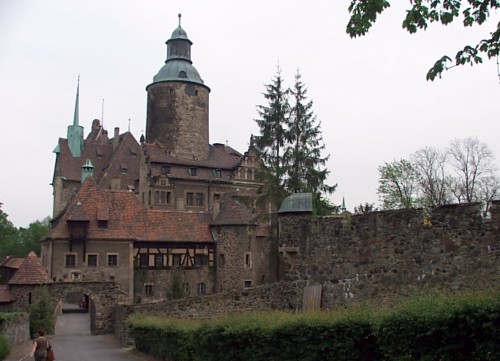 Castle Czocha. The main castle as seen from the northwest

Czocha Castle is located just east of the small town of Leśna and is built on a massive granite rock surrounded by forests and meadows as well as the waters of Lake Leśna. Part of the castle is today furnished for hotel. 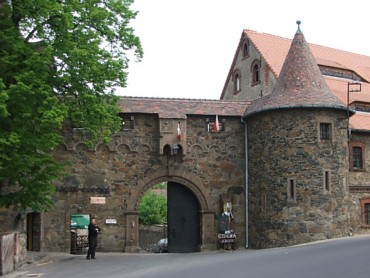 The entrance gate to the castle area 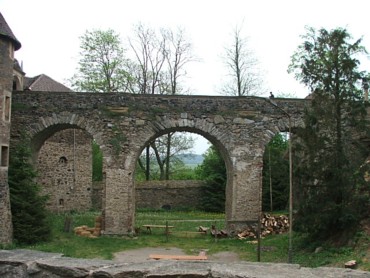 The original name of the castle was probably Czajków (in 1329 designated in Latin as: Castrum Caychow); later and until 1945 the name Tzschocha was used. 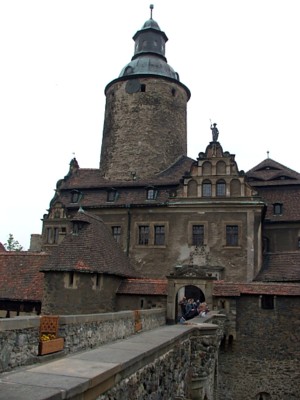 The upper bridge, the main entrance of the castle and the round central tower 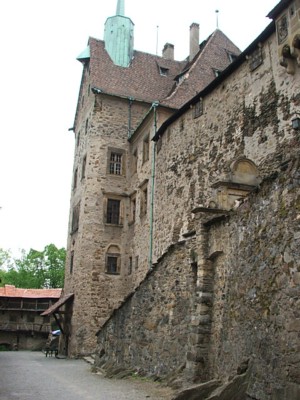 The outer courtyard with the residential buildings facing east

The castle arose in the 13th century. as a fortress in defense of the Czech northern border, on the initiative of Czech King Václav II. In 1315 (1316?), The Polish (Silesian) prince Henryk Jaworski (of the Piast genus) married Václav II’s daughter Anežka (Polish: Agnieszka), and as a dowry he received the castle and its land affairs. In 1346, Prince Bolko II of Świdnica took over the principality of Jawor with the castle of Czocha. 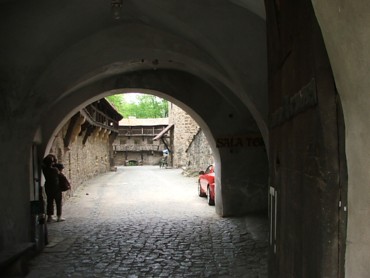 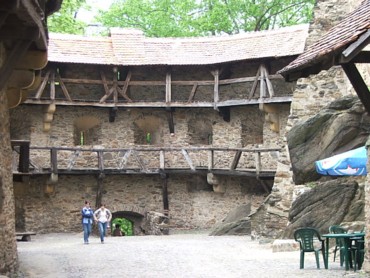 The new joint principality named Swidnica-Jawor held a strong position in the contemporary, both financially and militarily, but when Bolko II died childless and when during his time through government-based marriage made a close connection to the Czech kingdom, the principality transitioned as well as the castle of Czocha to the Czech Kingdom. The castle thereby lost its strategic importance. 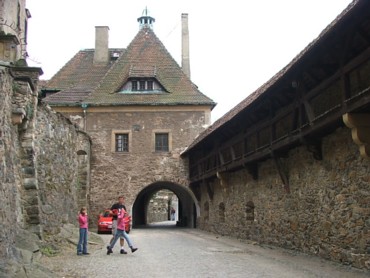 The outer courtyard facing the gate building at the west end 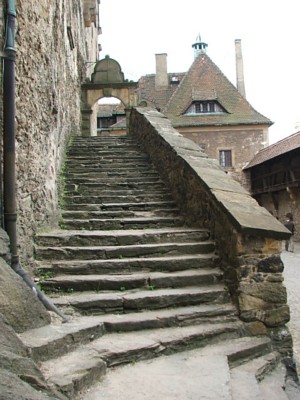 In the 16th century. the castle was thoroughly rebuilt in Renaissance style and prepared for the use of firearms in the construction of artillery bastions. After the end of the Thirty Years War, the castle took the form of a magnificent residence and a bridge was built over the former moat. On the night between 17th and 18th August 1793 a fiery fire destroyed the castle. This ended the fortune of the castle at the same time as great wealth was lost. However, the owners tried to start a rebuild as early as the following year. 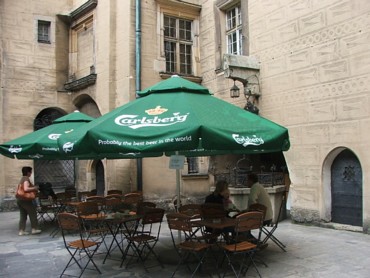 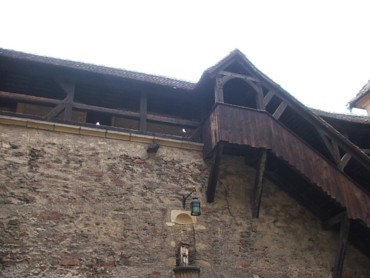 Much later, in the years 1909-1914, when industrialist Ernest Gütschow of Dresden had purchased the castle – a reconstruction was undertaken that revamped the interior of the building and recreated the exterior style of the castle. 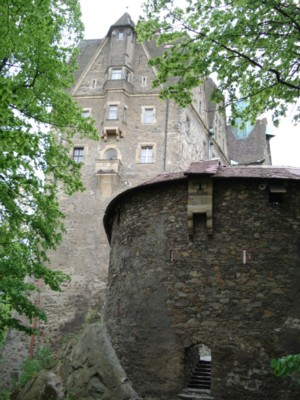 The bastion at the east end of the outer courtyard, seen from the outside 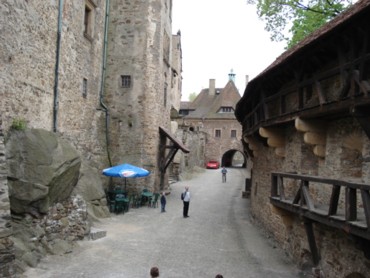 The outer courtyard seen to the west

During World War II, the coding department of the German military intelligence service (Abwehr) had houses on the castle. Probably a system for decoding Soviet telegrams was stored here. From 1952, Czocha belonged to the Polish army as a vacation home for military personnel; for this reason, the location of the castle was kept secret so that it did not appear on maps of the area. From 1996, Czocha was widely available as a hotel and conference center. The owner is now Agencja Mienia Wojskowego (Polish Defense Material Service and Property Management). 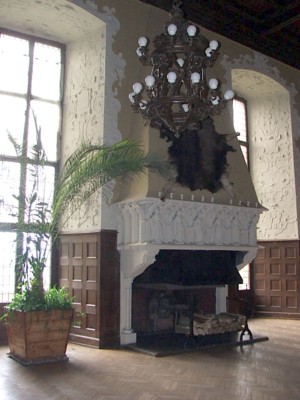 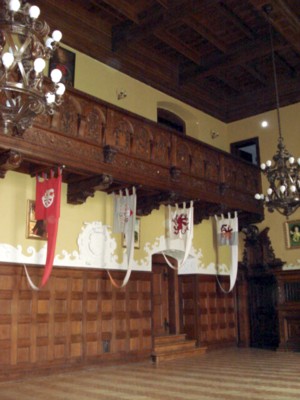 The castle is built of blocks of granite and gneiss, bound together with lime mortar. You enter the castle area via a round arched gate flanked by two half-round medieval-style fortress towers. First one enters the concourse, then – via bridges over the former moat and gates – into the main castle. There are now two entrance gates: the lower (oldest) and the upper (newer). The oldest part of the castle is the central tower *) and the northern part of the later residential section **). 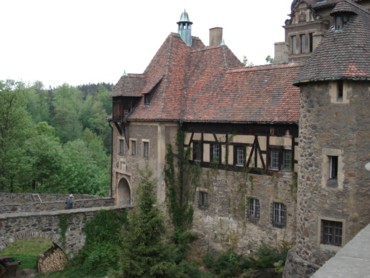 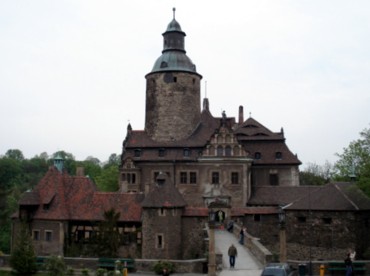 In addition to the hotel business, conferences, courses, modern parties as well as medieval guilds, knight tournaments, concerts, teaching old dances and archery are also arranged at the castle.

*) The central stone built defense tower on the stronghold, also called the core tower or in the historical language: “donjon” or “keep”, in the citizen architecture was a further development of an earlier castle type, called “motte & bailey”, where the moth typically included a wooden tower surrounded by palisades. Donjon’one or the central tower of stone was, of course, more resilient and initially served both defense and residential purposes. Since then, as also happened here at Czocha, separate residential buildings.
**) A separate residential building erected on the medieval strongholds, as here at Czocha, was designated at that time by the Latin term “palatium”, of which a number of words in Northern European languages such as palace, palast, pałac, palace, etc. is derived. 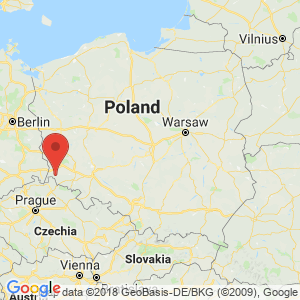