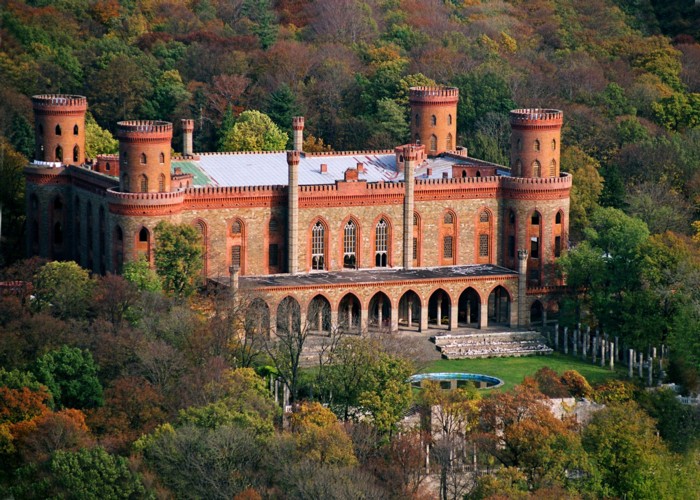 The small town of Kamieniec Ząbkowicki is approx. 11 km southeast of Zabkowice Slaskie in southeastern Lower Silesia – at the point where the river Budzówka has its outlet in the larger river Nysa Klodzka.

Kamieniec is first mentioned in Kosmas’ Bohemian Chronicles (Chronika Boemorum) during the year 1096: after the destruction of the Bardo border, the Czech prince Břetislav II built the fortress Kamieniec 10 km further to the northeast; the fortress was built on a cliff, of which the name Kamieniec (kamień = stone).
From the beginning of the 13th century up to 1810, the Cistercian order worked in the city; the monastery of order had a very tumultuous existence; Thus, both the monastery and the monastery church were repeatedly hit by accidents, especially floods, often catastrophically, as well as devastating fires and attacks by foreign forces.
In 1885, Kamieniec had 935 inhabitants. By 1926 the number had grown to 2600.
Throughout history, Kamieniec – not just the monastery – has been hit by numerous floods as the river Nysa Kłodzka has crossed its banks. The most recent – very severe – flood occurred in 1997. In 1998-99, the rebuilding started after the flood devastation with support from the EU and the World Bank.

The castle
As mentioned above, the first castle was built around 1096 by the Czech prince Břetislav II and later taken over by the Polish prince Bolesław Krzywousty (“offbeat mouth”).
The present castle or castle was built in neo-Gothic style from 1838 to 1857. Around the castle is a 126 ha park with 90-170 year old trees. The castle and the park are on an elevation that is raised approx. 40 m above the surroundings. The existing building is alternately called a castle (Polish: zamek) and a castle (palace, mansion) (Polish: pałac); this is not astonishing since it is listed as a medieval fortress, while its purpose was to be a residence, ie a mansion. Excluding certain building elements that reveal time and purpose, the building appears as a very impressive medieval castle. The founder of the new castle was Princess Marianna Wilhelmina van Oranje Nassau, who was married to Albrecht von Hohenzollern. The building was designed by architect Karl-Friedrich Schinkel; at Schinkel’s death in 1841, the construction work was taken over by architect Ferdinand Martius. The first project involved a neoclassical-style building inspired by English defense architecture, but the first project got the princess's approval, namely a neo-Gothic building with clear inspiration from the crusader castles. stones for construction. The magnificent residence has over 100 rooms, rooms and halls. The floor plan is rectangular; the height of the building is 25 m. with 4 round corner towers of 34 m. The four wings are located around an inner courtyard with archways. During the construction work a scandal occurred, namely the princess's romance with his stable master; the resulting separation between the spouses naturally weakened for some time the princess's interest in construction. The total construction cost about 1 million ducats, which corresponds to approx. 3 tons of gold. The castle was owned by the family until 1940. During the war, the castle was in the hands of the Nazi organization Todt, who used it as a storage space for works of art of any kind brought to it from all over Silesia. Later, the castle was plundered by the Soviet army. After the destruction caused by the war, the castle is now undergoing continuous renovation. Part of the building has hotel and cafe facilities. (See the image at the top of the page).

The abbey church
The present monastery church was built by the Cistercians in 1247-1350, along with the closed part of the monastery and the economy buildings. It is an early Gothic, three-tiered slave church of the form of a Latin cross. After the destruction of the Hussites around 1420, the church was rebuilt and retained its Gothic form until the second half of the 17th century, when it was added to Baroque style features. The church was expanded with 3 chapels and a porch was added. The main altar is made of pine with inserted picture by Michael Willmann. 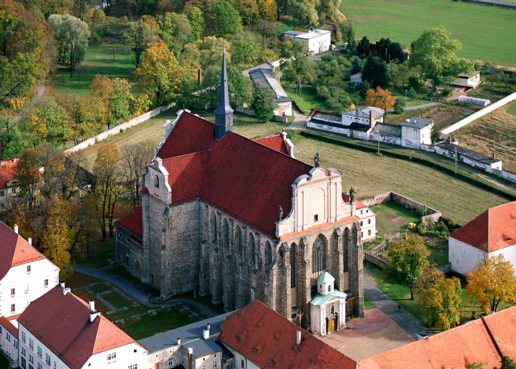 The monastery
The Cistercians came to Kamieniec in 1247. Soon after arriving, they began to build a new church and monastery. Around the church arose the buildings of the monastery, including economy buildings such as weaver and shoemaker's workshop, a watermill, a sawmill and, later, a beer brewery. A fire in 1817 destroyed large parts of the monastery. To this day, only the abbey complex is preserved: the abbot's residence, the west wing and the north wing of the monastery, as well as the economy buildings with the entrance gate and the bridge, adorned with figures by saints Jan Nepomucen and Florian. Now the monastery is used for other purposes. The abbot's residence now houses a section of the State Archives in Wrocław, and the building of the Order Convention is now a regional museum.

Booking.com
Gmina Kamieniec Ząbkowicki. The official site of the municipality 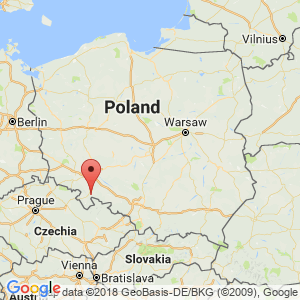