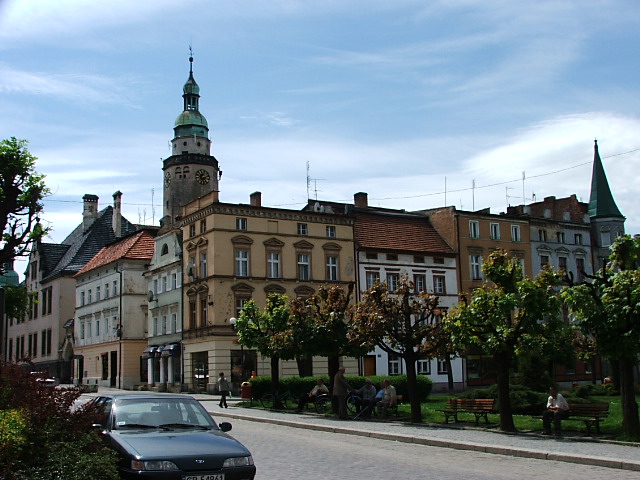 Part of the square in Ziębice

Ziębice is located in the southeastern part of the Lower Silesian region, 84 km south of Wrocław, on the river Oława.

During the Tatar invasion of Silesia in 1241 and the resulting destruction, Ziębice was a small settlement named Sambice. Shortly before 1250, the city gained market town rights. In the following centuries, the city flourished under the rulers of the Piast genus. In the years 1322-1448, an independent principality existed with the center of Ziębice (Księstwo Ziębickie), which included a large area including cities such as Strzelin, Dzierzoniów, Ząbkowice and Paczków. After that, the city came under Czech rule, but after the Silesian wars in the mid-18th century. Ziębice heard during Prussia. From the 19th century. Ziębice became more of an industrial city, with a canning factory, ceramics, sugar factory and brewery. From 1945 the city again belonged to Poland. 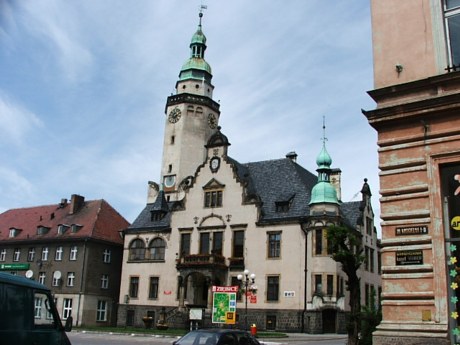 Town hall building on the square in Ziębice

The ancient city of Ziębice within the walls includes a large number of ancient and valuable building monuments. The medieval town plan is preserved.
In an almost circular circle around the old town – just outside the preserved parts of the city wall – now the ring street ul.Wałowa (Voldgade).

City Hall
The current town hall building at the square is the result of a basic redevelopment around 1890. Of the former building, only the Renaissance-style tower (from 1561) remains. Of municipal offices, the national register is housed in the building by the square, while the house also houses the Regional Museum, which specializes in exhibitions of household utensils.

St. Jørgen's Church (Kościół św. Jerzego)
The church is the oldest building memorial in the city and is composed of a two-ship early Gothic church room from 1265-75 and a three-ship, Gothic choir from 1477-1504. Later remodels have not significantly changed the original form, and we have elements of Gothic, Renaissance, Baroque and Rococo side by side. Next to the church is a bell tower from the 15th century. – The church books go back to 1638. 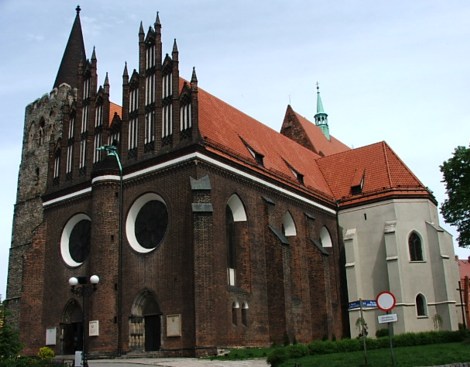 The Order of the Lord of the Sisters' Abbey
goes back to the 13th year. and includes St. Peter and Paul's Church, built in 1726-30 in Baroque style, and the abbey building from the 18th century.

The former evangelical church
was built in 1796-97 at the site of the castle of the Ziębice princes in the 14th-15th century.

Chapel of the Body of Christ (Kaplica Bożego Ciała)
is a small baroque chapel, built in 1738.

City Wall and Brama Paczkowska
The city wall is built at the transition between the 13th and 14th century. Parts of the wall as well as the gate tower Brama Paczkowska are still preserved. The wall was rebuilt in the 15th and 16th centuries. – Originally there were 5 gates: Brama Nyska, Paczkowska, Wrocławska, Zamkowa and Tkacka.The moat around the city was filled up in 1780 and the city wall was demolished in 1819-50. The preserved parts are mainly in the northeastern part of the city. The preserved city gate: Brama Paczkowska was erected at the end of the 13th century. and rebuilt in 1324. The gate tower is square with an arched passage and is covered with a cone-shaped helmet. 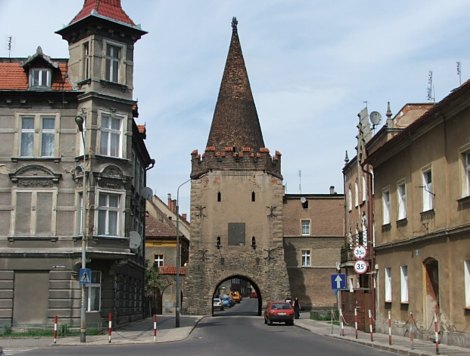 In the villages around Ziębice there are several examples of church art, chapels and churches, as well as some boundary stones from the 13th century that have marked the boundary between the Ziębice Principality and the so-called Diocese of Principality, ie. Nysa-Otmuchów area. Especially significant is Henryków, an old village with a Cistercian monastery and Witostowice with its castle by the water.

St. John's border (Granica or Jan)
At the end of the 13th century. marked – at the request of Prince Henryk Probus and Bishop Tomasz of Wroclaw – the boundary of the so-called bishopric, probably created by Bolesław Chrobry. The boundary was marked with boundary stones, of which 6 have been preserved to this day.

Witostowice (13 km north of Ziębice)
Witostowice is a small village with many recreational values north of Ziębice.
Castle in Witostowice:
In the village there is a historical castle, which for a time was the residence of the abbots in the monastery in Henryków. The castle was built on the initiative of the princes of Ziębice, probably in the early 14th century. The buildings – which are unfortunately in disrepair – consist of wings to 3 corners of the world (including a 5-story residential tower), but with an opening to the west. Surrounding the buildings are stone and earth fortifications and an outer ring wall; moreover, there is a wide moat.
Around Witostowice, natural forests extend on steep ridges. 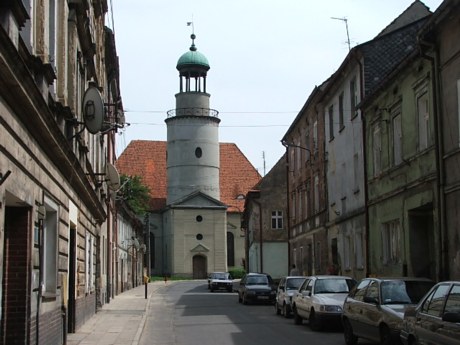 The former Evangelical church in Ziębice 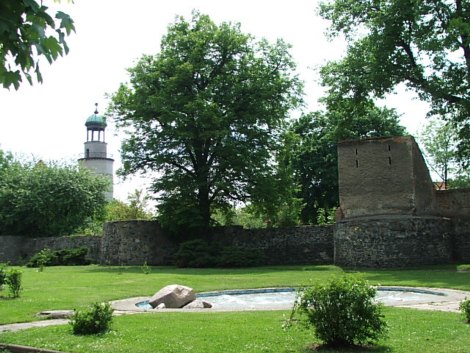 Preserved parts of the city wall around Ziębice

ziebice (The municipality's internet site in Polish, English and German) 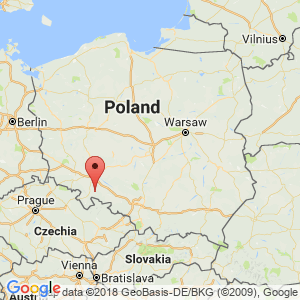