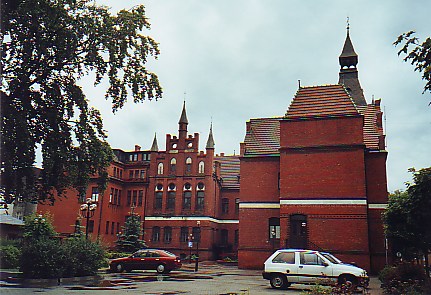 Lębork is located in eastern Pomerania, 83 km northwest of Gdańsk. The city, which is flooded by the river Łeba, is today characterized by a beautiful, modern architecture, but at the same time the medieval town plan is preserved along with significant remains of the old defenses. In the city center, take a stroll on Staromiejska Street with its many shops, art galleries and exhibitions.
In the early Middle Ages, this Slavic settlement bore the name Lewino and belonged to the prince who ruled over eastern Pomerania (Pomorze Gdańskie). According to an early note, Lębork was a city as early as 1285. A document from 1341 testifies that Lębork was granted market town rights at this time. 1310-1454 belonged to the city under the Crusader State. For the next 200 years, the city alternately belonged to the Polish state and local princes. In 1657, the Polish king renounced the city to Friedrich Wilhelm of Brandenburg. In 1773, in connection with the division of Poland, Lębork was incorporated into the province of Pomerania, where the city remained until 1945. On March 10, 1945, Lębork returned to Poland. 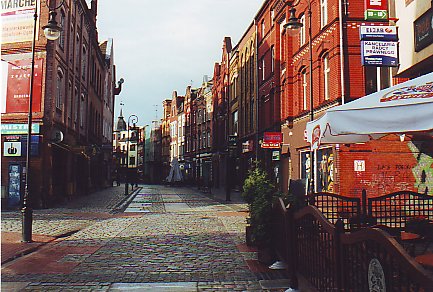 Lot from the city center

St. James's Church
is one of the oldest and most valuable buildings in the city. The building of the church sometimes dates to 1345, but it is not known for certain. It is a Gothic brick building. To the west rises the square tower, where you will find the main entrance of the church, which is decorated with a pointed arch. The side walls have large pointed arched windows. Inside, the main building is divided into 3 ships using octagonal columns. The altar is from the Baroque era, while the pulpit is in Rococo style.

Bymuren
Lębork is one of the few cities in Pomerania that has well-preserved parts of the medieval defense walls. Construction of the city wall began in 1341 and the construction was completed around 1363. The total length was 1220 meters. The city's fortification included 32 towers and half towers, including corner towers, two gates: Brama Gdańska and Brama Słupska, as well as 2 smaller access doors. The city wall was 6 feet high. 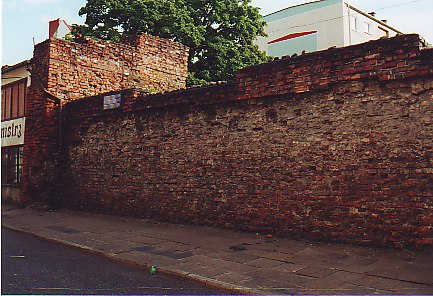 Part of the city wall

Baszta Bluszczowa included in its construction as a corner tower in the city wall. The tower was built approx. 1363 and it is especially valuable because it is preserved in its original form.

Crusader fortress
The castle was built in the southeast corner of the built-up area. The castle existed as early as 1363 and was the seat of the city's first district leader under the Crusader Order. The Lębork district was subject to the Gdańsk comet. The order building – the second largest in the then Crusader state – has been preserved. However, several later remodels have changed the original appearance of the castle. In the south wall is the outline of pointed arched windows. Characteristic elements are also the Gothic staircases and the square staircase built into the shape of a tower in the northern part of the castle in 1575. Today, the castle is the seat of the district court in Lębork. 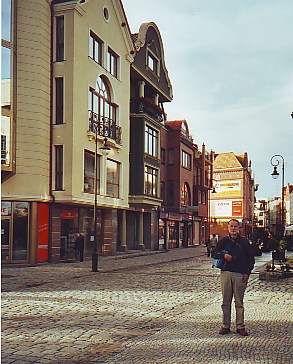 Street in the center 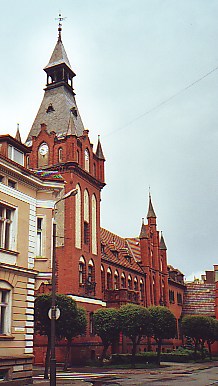 To the south of the city is the large forest area Puszcza Kaszubska.
Lubowidz : 5 km east of the town, at Lake Lubowidz and near large wooded areas is the well-visited resort of Lubowidz. 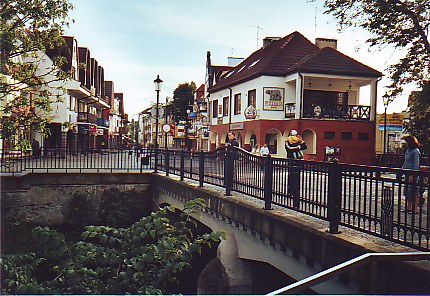 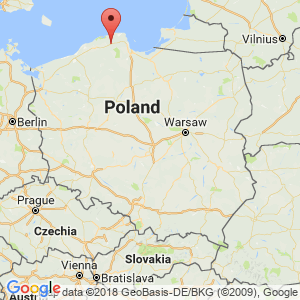