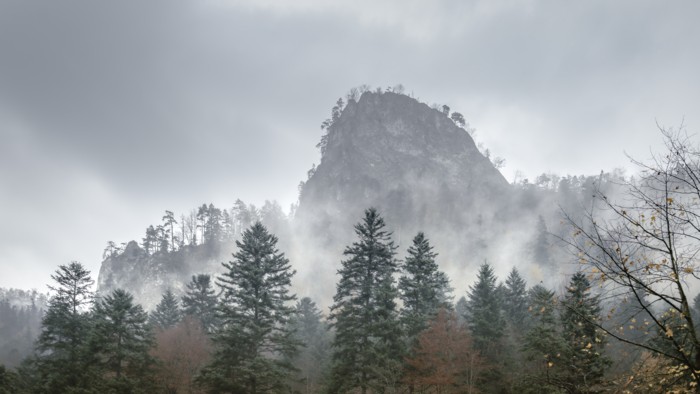 Pieniny National Park (Pieniński Park Narodowy), originally founded in 1932, was formally re-established in 1954. The park is located in southern Poland, close to the Slovak border, in the Małopolska region. The area is 2231ha, of which 777 ha is subject to stricter conservation regulations.
The park includes the central part of the Pieniny mountain range: Pieniny Czorsztyńskie, Pieniny Właściwe (Actual Pieniny), with the mountain massif Trzy Korony (Three Crowns) and Pieninki.
The National Park Executive has its headquarters in Krościenko.
In 1967, a Pieniny National Park was also established on the other side of the border, in Slovakia; this park has an area of 2125 ha. Thus, Pieniny National Park became the first international nature park in Europe and the second worldwide.

Pieniny Czorsztyńskie extends from Czorsztyn in the west to the Szopka Pass (780 m asl) and the Szopczanski Gorge in the east.
The tourist most attractive part of Pieniny is the massive Trzy Korony with the characteristic – and in this part the highest – mountain peaks; the highest point is 982 meters above sea level.
Farther east is Pieninki, culminating in the mountain peak of Czerteż (774 meters above sea level). The most famous mountain in Pieninki, however, is Sokolica (747 m asl) with steep mountain walls and a formidable view from the top beyond the mountains and the Dunajec river, where it crosses the mountain range in turns.
The mountains are made up of limestone, slate, marble and sandstone with varying degrees of durability, giving very different landscape shapes.

The plant life in the Pieniny Mountains is very varied. In addition to the plant communities of the forest, the ecosystems of the rock landscapes and the plant communities found in the clock meet the hills of weathered stones at the foot of the rocks. Furthermore, you see plant communities that have emerged as a result of human impacts, such as meadows and pastures.
The occurrence of ca. 1100 species of vascular plants, 400 algae species, 320 species of mosses and liver mosses, 470 species of lichens and 1200 fungal species. In Pieniny, there are two endemic species, ie species found only here and not elsewhere on the globe.

Due to the richly designed and varied terrain, the forests do not create a coherent system, although they occur almost exclusively in one plant belt, namely the second lowest (about 500 – 1200 m). In Pieniny, there is virtually no forest vegetation in the lowest plant belt. Characteristic is that the forest vegetation varies depending on the geographical orientation of the hillsides. On the north-facing slopes it is the Carpathian beech forest that has taken over; here the dominant trees are beech and spruce or just one of these species. A mixed forest can consist of red spruce along with deciduous trees such as maple, mountain gell and large-leaved lime.

Although the meadows of Pieniny are not fully natural ecosystems, spreading in places where the forest has been felled, they are nevertheless an important element of the landscape. They occupy a relatively modest area in the large context, but are very diverse. A special color richness and richness of plant growth characterize the meadows that are located in the national park. They are among the richest plant communities in Poland. On one square meter you can find 30-40 species of flower plants and within 100 square meters you can see up to 70 species in some areas. To this wealth should even be added the amount of mosses and fungi that occur in particularly large quantity after the hay harvest. 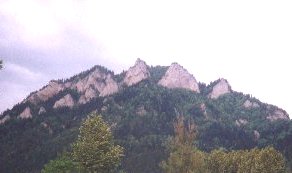 Nature reserves:
The Homole Gorge Reserve (dedicated to Jan Wiktor) in Jaworki
This reserve was created in 1963 with an area of 58.6 ha. A deep gorge with steep hillsides in Małe Pieniny, probably the most beautiful part of this chain. At the bottom of the gorge runs the Kamionka mountain stream. Higher up the gorge are watches from the Pleistocene era. The gorge has a rich plant growth; the rocks are overgrown with grass. On the rocks, falcons, horned owls and tower falcons build their nests. To the gorge is a green tourist trail from Jaworki.

Biała Woda reserve in Jaworki
Nature reserve founded in 1963 with an area of 33.7 ha for the purpose of preserving the river valley of the same name. The picturesque projecting rocks create a gorge called Międzyskały. Near the reserve is the fantastic nature form “basalt rock” (Bazaltowa Skała). A yellow tourist trail leads from Jaworki to the reserve.

The reserve Wysokie Skałki
Nature reserve founded in 1961 with an area of 10.9 ha. This has preserved part of the only forest area in Pieniny, located in the higher forest belt (1000 – 1500 m). In the reserve you will find several species of protected plants, such as Lilium martagon, pepper bush (Daphne mezereum), small-flowered clematis (Clematis alpina), Mulgedium alpinum and bay leaf ranuncle (Ranunculus platanifolius). A blue nature trail leads through the reserve.

The reserve Zaskalskie-Bodnarówka
Nature reserve, founded in 1961 with an area of 19 ha. to save a rocky gorge in Małe Pieniny. In the reserve are some picturesque limestone cliffs with very special shapes. The Skalski basin leads through the gorge. The cliff tops are overgrown with the forest pine (Pinus sylvestris) characteristic of the Pieniny area. There are no marked paths to this reserve. 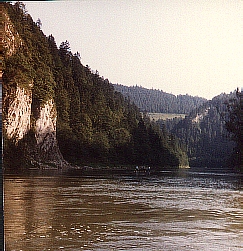 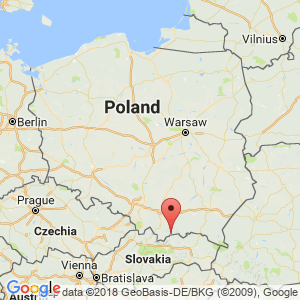