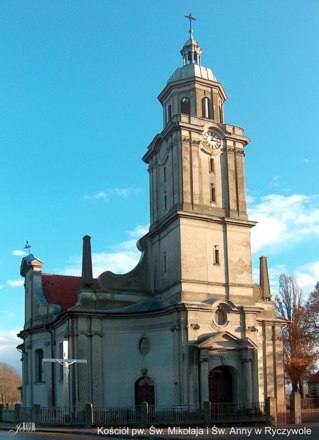 Ryczywół is a rural municipality in Oborniki district that is part of Wielkopolska County.
Ryczywół was founded as a private town in the early 15th century. and was originally named Nowy Ostrów. The present name (of ryczeć = roar and wół = ox) and the city coat of arms depicting a black ox head originated from the cattle markets that took place here. The center of traffic and communication in the city was the large, rectangular square. Roads to the corners of the square were towards Rogoźno, Oborniki and Czarnków. These urban planning features have not changed since. The city has two churches, the Catholic (see below) and the Evangelical, as well as two cemeteries: the Jewish (no longer in use) and the Catholic, both subject to conservation regulations.

St. Nicholas and St. Anna's Church
was built in the years 1923 – 1926. The building is kept in neo-baroque style with its 39 m high tower. The interior of the church is adorned with pictures of Saint Nicholas (Mikołaj) with Baroque style features, Anna Self-third and Mother of God with the child (from 1616). In the church is a monstrance of gold-plated silver as well as an altar, both from 1653. – (See photo at top of page). 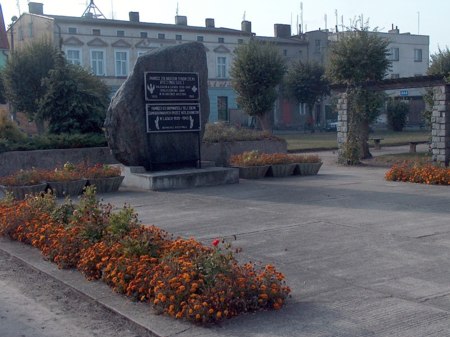 Ryczywół (Official site of the municipality (in Polish))
Powiat Obornicki 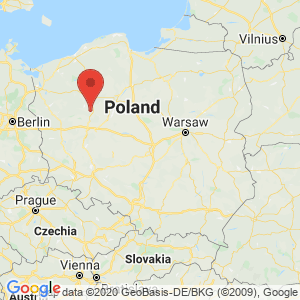