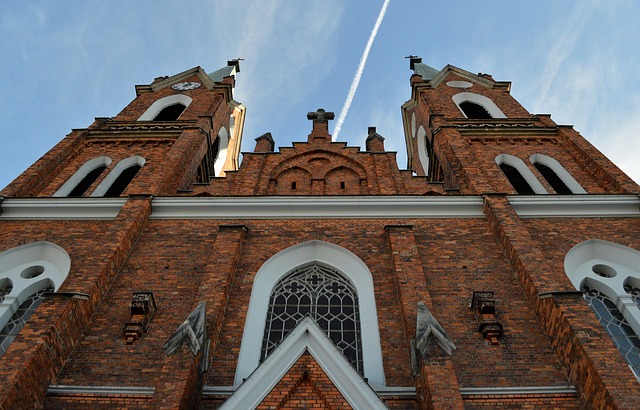 The building dates back to the 1100s, but an actual town probably originated at the end of the 13th century. In 1386, Kutno was granted princely privileges. In the same year, the city gained commercial rights and in 1432 real merchant city rights. In 1504, the city was given the right to hold a market, which promoted trade development. When King August III Sas commanded in 1750 to build an accommodation for travelers in Kutno and then a “post Palace”, the city's reputation grew significantly. At the end of the 18th century, Kutno was one of the largest cities in central Poland. After Poland's 2nd division in 1793, Kutno became part of Prussia. In 1862 Kutno got a railway connection with the outside world, as the city was located on the railway route from Warsaw to Bydgoszcz. 1919-1921 Charles de Gaulle stayed in Kutno as an instructor for the French military mission. At the German invasion of Poland in September 1939, Polish forces resisted the German army “Battle of Bzura”. On September 16, however, the Germans occupied Kutno. In December of that year, the Germans began to expel the inhabitants of their homes, wanting the city to be purely German. On April 14, 1940, almost all teachers in the Kutno district were arrested and imprisoned, some since in labor camp. On June 15, 1940, the Germans created a ghetto for the Jews from Kutno and the surrounding area. The area that belonged to the city's sugar factory was fenced and the Jewish population driven there. There were no sanitary installations, no heat and very little food, so there were deaths every single day. On March 19, 1942, the ghetto was closed and the surviving Jews were taken to the extermination camp in Chełmno nad Nerem (west of Łęczyca), where approx. 6,000 Jewish citizens perished. At the same time, the Germans blew the Jewish synagogue into the air. In 1941, a transit camp for displaced Poles was opened; as in the Jewish ghetto, there were also terrible living conditions here. This camp was closed in the fall of 1944. On January 19, the Red Army entered the city. As early as June 1945, the district's public library resumed its business with books obtained from many different sources. The library still played and plays a major role in spreading the culture in the area. After the system change in Poland, Kutno from 1996 became known as a center for the sport of baseball throughout Europe.

post mansion
- Palacyk Pocztowy, also called Palac Saski (the Saxon mansion), was built in 1750-1753 following an order of King August III Sas. Its purpose was to serve as a postdiligence yard where the horse drawn postdiligences could hold and where the time postman and the travelers who were also transported with the diligences could eat and spend the night. Of course, there were also stables for the horses. The construction was prompted by the creation of a postal and transport route from Dresden to Warsaw. The building is architecturally beautiful, designed and built by Johan Martin Walter in Saxon Baroque style and with two short side wings. The central building of the main building was crowned with an eagle with wide wings (not preserved). In 1812 Napoleon Bonaparte spent the night here on his return trip from Russia. The mansion has undergone several redevelopments over time. After a fire in 2003, the entire building was transferred to Kutno city in 2011.
A similar post office was also built in Kleczew, on the same transport route.

Gierałty Palace
The palace was built in 1781-1785 by Stanislaw Gadomski, the then owner of Kutno. The castle park was built in English style. In the palace the following well-known persons have been guests: Napoleon Bonaparte, Tsar Alexander I, King Friedrich August of Saxony, the author Henryk Sienkiewicz and Charles de Gaulle. Today, the building is the seat of the State Music School.

St. Wawrzyniec Church
The first wooden church was already in the 14th century. After it was destroyed by a fire, a foundation walled building was erected in 1480’s. The present church was built in 1886 in a neo-Gothic style with two towers. Next to the church, in 1905, the present rectory was built in a style that mimics an old Polish manor house.

St. Stanisław's Church
The first church dates from the 13th century, while the current building was built in 1758. After a fire in 1909, the church was rebuilt in the neo-Gothic style in 1909-12 with a three-sided choir and side chapels.

rivers
Through the city flows the Ochnia River, which to the southeast has its outlet in the somewhat larger river Bzura, which to the northeast – by the town of Wyszogród – flows into Wisła,

Bicyclerute
The city proposes to tourists to try 4 more detailed cycling routes to get acquainted with the area. One of the routes is called “Castles, manor houses and castles”.

Booking.com
Kutno – in Polish and English. With practical information for tourists

Kutno – in Polish and English. With practical information for tourists

Kutno – in Polish and English 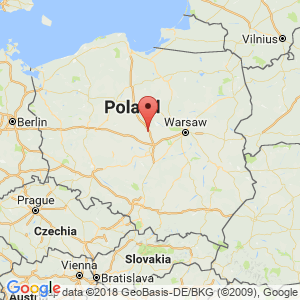