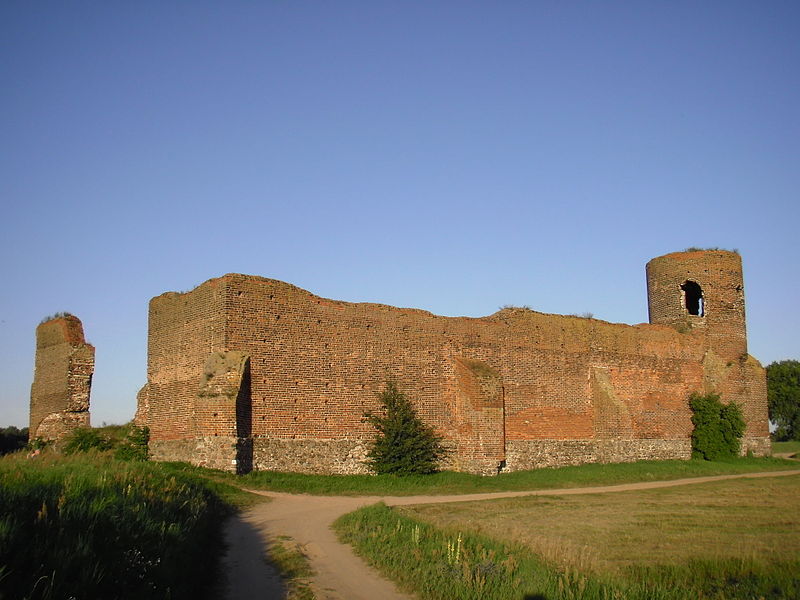 Koło is located in Wielkopolska County, in central Poland. The city is located on the river Warta, with the old town on the southwestern bank of the river and the largest part of the city, the newer town, on the river's northeastern shore. A river embankment encloses the old town to the southwest, and outside this one, but inside Highway 92, lies a newer neighborhood, called Kaliskie Przedmieście (Kalisz suburb).

The city was founded in the 13th century. and gained market town rights in 1362, issued by King Kazimierz the Great. Shortly before, even during this king's reign, a castle was built here – northwest of the city, at Warta’s left bank. The town grew up on an island that at this place had arisen between Warta’s main race and a western river arm. As the city was surrounded by water on all sides, no medieval city walls were built. However, there were two city gates guarding the two access roads: the Kalisz Gate and the Toruń Gate. From the 15th century. and three centuries later, nobility assemblies were held in Koło with the participation of the nobility in Wielkopolska. During a fire in 1622 and during the Swedish invasion in 1655, the city suffered heavy damage. After Poland's second division in 1793, Koło belonged to the Kingdom of Prussia. From the beginning of the 19th century. the city developed into a center for the clothing industry, pottery and trade. There were over 20 grain magazines. The grain was transported by river to Prussia. One of these old magazines still stands today. In the second half of the 19th century. a hardware factory and a woolen factory arose. After World War I, when Poland regained its independence, the city became part of Łódź county. In 1970’A meat factory (Zakłady Mięsne Koło) was built and soon became one of the largest companies in the city. Following the administrative reform in 1999, Koło was a member of Wiekopolska County. 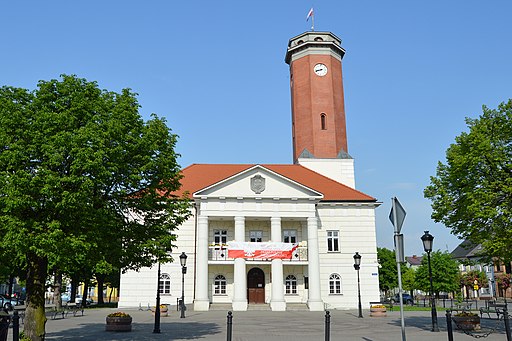 City Hall
The Kolo Town Hall was built on 1390 in Gothic style. In 1782 the building was restored and between 1835 and 1837 a basic rebuilding took place. 2 wings were added. The City Hall now appears as a two-story classicist building. The entrance to the east facade is made up of a four-column portico. What was left of Gothic architecture was the tall tower, which had a square floor plan but which was higher up into an octagon. The tower collapsed in 1987. Later, a rebuild began. From 2003 it has been possible to visit the tower.

Borgen
The royal castle is located on a small elevation northwest of the urban area, on the left bank of the Warta River. It was built before 1362 during the reign of King Kazimierz the Great, and it was the king's property. It was a typical Gothic fortress, which over time also became the seat of the star cheese in Koło. The walls of the castle were of brick on a foundation of field stones. In the southeast corner was the large tower, which had both residential and defense purposes. The ring wall was reinforced with pistons. The castle was surrounded by a moat. Today there is only one ruin left, but you can still see significant parts of the wall as well as most of the tower. At the eastern and western parts of the ring wall, however, only minor remains of the defense plant are preserved. The ruin is today a destination for tourists as well as the city's inhabitants. (See photo at the top of the page).

grain magazine
The tree-built magazine used to store grain lies on the river bank. It is built in bulb technology and dates from the early 19th century. It is a valuable example of worldly wooden architecture.

War cemetery
In this cemetery are first and foremost buried Polish airmen from 1939 as well as soldiers from the Soviet army who perished during the fighting to liberate Koło and the surrounding area in January 1945. A memorial has been erected for each of the two groups.

Koło – with practical information for tourists 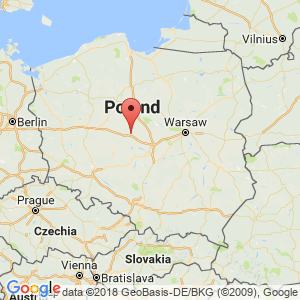