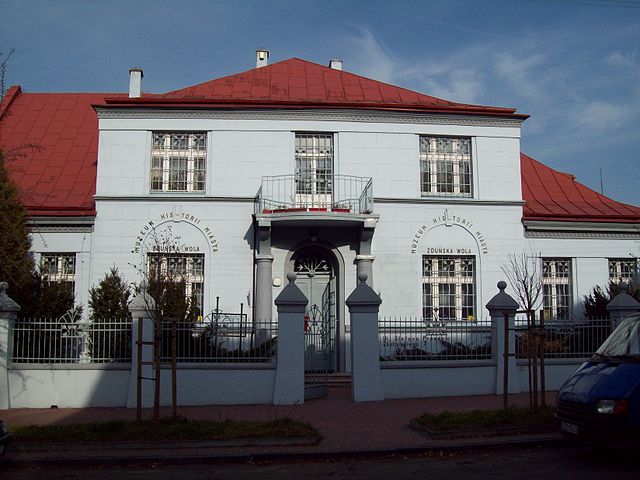 Zduńska Wola is located in central Poland, southwest of źódź.

The oldest preserved information about the site dates from 1394. In the following centuries, the settlement grew significantly.
In the second half of the 18th year. Zduńska Wola was the local economic center. It is believed that the oldest town was near the present streets ul.Kościelna and Plac Wolności.
In the first half of the 19th century. there was a decisive development within a specific profession in the city, namely the weaving craft. Late in 1825, Zduńska Wola was granted the status of a market town.
During the period between World War I and World War II, the city developed as a railway hub. In 1939 there were approx. 25,000 inhabitants, of which approx. 10,000 were Jews. In 2016, there were 42,778 inhabitants.

The open-air museum for locomotives and technical equipment
This railway museum is located in Zduńska Wola in the Karsznice neighborhood (a former village). The museum was officially opened in 1993. The first locomotive in the collection was a TY23-273 steam locomotive, built in 1928 in Warsaw.

Memorial to the Maximilian Maria Kolbe
there is the patron saint of the city, erected by the church on the street ul.Koscielna.

Maximilian Maria Kolbe
(originally Rajmund Kolbe) (1894-1941) was born in Zduńska Wola. His birth home is preserved and a church is named after him. Kolbe was a member of the Franciscan Convention monks and missionary. During the German occupation in World War II he was taken to Auschwitz KZ camp, where he was murdered. He was blessed in 1971 and saintly in 1982. 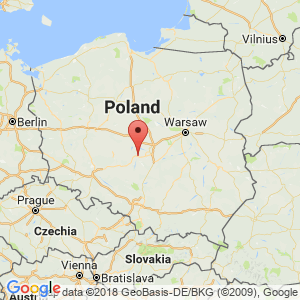