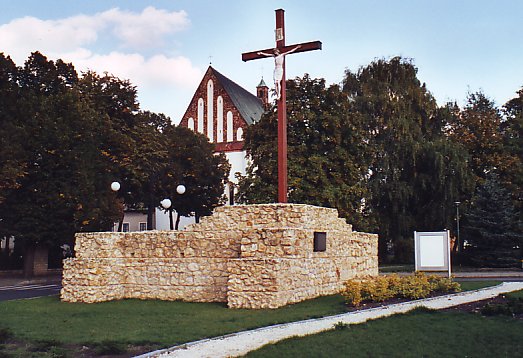 The ruins (foundations) of the city gate Brama Kaliska, which stood by the exit road towards Kalisz. The gate was finally demolished in the 19th century. – In the background the Church of the Body of Christ.

The city was founded in 1217 and the city rights were granted before 1283. King Kazimierz the Great built a castle here and surrounded the city with a wall. After the partition of Poland, the city came under Prussian rule in 1793. The town became known for a lively trade in agricultural products and cattle. From 1807 the city was incorporated in the Principality of Warsaw and later in the Kingdom of Poland. The inhabitants fought during the uprising in 1863, took part in the strikes in 1905 and in the Silesian uprisings 1919-21.
Wieluń was bombed as the first Polish city by the German Luftwaffe on September 1, 1939, during which 75% of the buildings were destroyed and 1,200 of its inhabitants were killed. The bombing took place despite the fact that there were no military forces in the area. During World War II, the city was incorporated into the Third Reich. In 1941-42, the Germans created a ghetto for Jewish citizens. Wieluń was a local center for the Polish resistance movement (Armia Krajowa). As a result of executions and persecutions during the German occupation, the city’s population was reduced by a third (over 5,000 people). On January 19, 1945, the city was liberated. After the war, the city was rebuilt and expanded. Several new residential neighborhoods emerged. The current area of the municipality was established in 1973 and in 1977 the rural and urban municipalities were merged into one common municipality. From 1999, Wieluń is (again) the center city of a district (powiat). 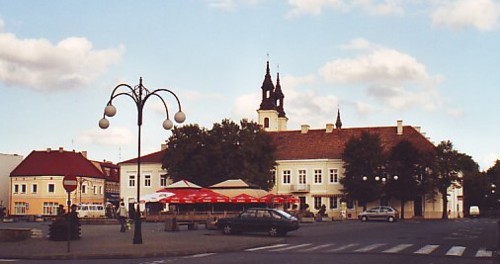 The central square in Wieluń. In the background is the Church of Saint Joseph

Kraków Gate and City Hall .
Brama Krakowska, the only one of the city’s gates preserved to this day, was built in the 14th century. In the 2nd half of the 15th or 16th year. the gate was expanded with one floor. At the end of the 16th century. the building was renovated and remodeled. During the Swedish wars, the gate was destroyed. The gate building is built over a square floor plan and increased by two upper, octagonal floors, the upper one being the narrowest. Unlike the remaining city gates, this has survived to our day, when in the early 19th century, when the former town hall was demolished, it was decided to build the new town hall up the Kraków gate and thus utilize the gate building as a town hall tower. This project, which included a late classicist town hall building, was realized in 1842.

The former castle.
On the castle’s foundation in the city park now stands a classicist building that houses the district administration and the municipal administration. The former castle was built under Kazimierz the Great as a replacement for an even earlier wooden castle from the 13th century. The oldest mention of the new castle dates from 1311. The castle was erected on a small, artificial elevation in the southeastern part of that time Wieluń, within the city wall. Towards the city, the castle was secured with an additional moat, which through a hole in the city wall was connected to the outer moat. One side of the building was right up against the city wall. The entrance gate to the castle was approximately where the main entrance to the present building is located, to the northeast. After several devastating fires, a classicist mansion was erected between 1837 and 1843 on the ruins of the castle.

The city wall.
The medieval chronicler Janko of Czarnków describes Wieluń as one of 25 cities that were surrounded by defense walls under King Kazimierz the Great. Together with “Eagle nests”, see Ojców National Park, they created a fortified belt guarding the southwestern border of the kingdom, extending from Kraków to Ostrzeszów. The fortifications around Wieluń were erected after the fire in 1335 and replaced the previous fortifications of soil and wood. The city wall had a length of 1200-1300 meters and a height of 8-8.5 meters and it surrounded an urban area of 12 ha. In time, a total of 6 gate buildings and fortress towers were erected in connection with the wall. After World War II, the preserved sections of the fort were uncovered and renovated.

Church of the Body of Christ
from the 14th century. is remodeled (1660-77) in Baroque style. From the interior of the church can be mentioned: The taking down of the cross, a bedotic image from the Wrocław school (16th century) at the main altar and a Madonna image of the Assunta type from the 16th century. 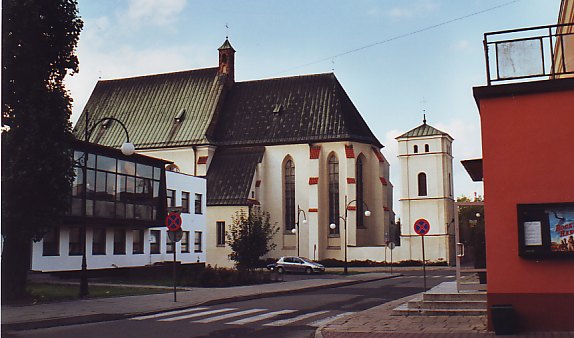 Church of the Body of Christ. To the left is the public library building

Saint Mikolaj Church
was built together with an associated hospital outside the city wall between 1370 and 1380. The buildings were used as respectively. monastery and convent church of the first pauline order, later the bernardine order. The church and the wood-built monastery burned in 1631, after which the church was rebuilt, now in Baroque style, along with a new monastery.

St. Joseph’s Church
was built around 1740 and served as a monastic church.

The Evangelical Church
The church was originally erected in 1615 as a monastery church to the convent of the Bernardine nuns. From 1820 it is the church of the evangelical congregation.

Wieluń-area Museum
is housed in a beautiful former monastery building belonging to – and built by – the nunnery of the bernardines, originally erected in the 17th century. (after 1616) right up the city wall. Ang. the former monastery church, see above under the section on: The Evangelical Church. 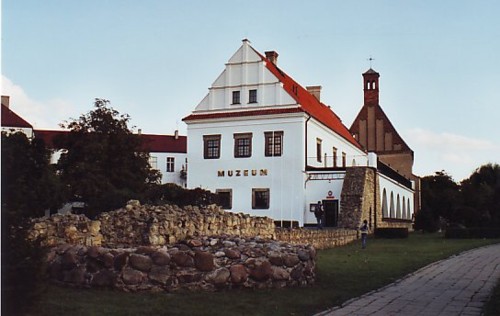 The museum in Wieluń in the former monastery building, erected directly on the city wall. Behind the museum is the former abbey church, now the evangelical church 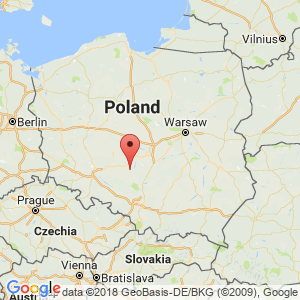