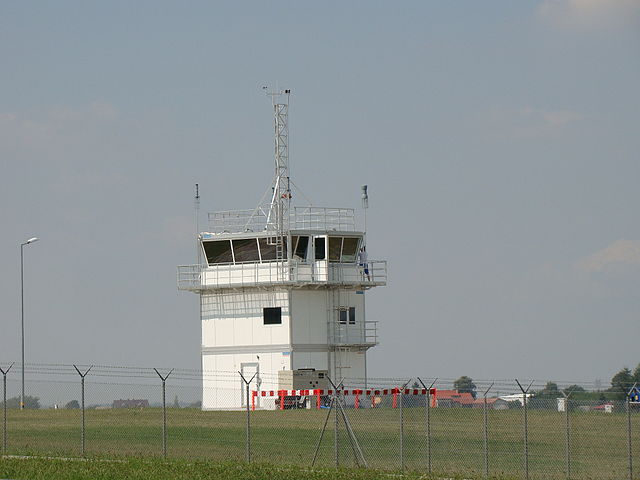 Idwidnik is located in eastern Poland, immediately southeast of Lublin.

The village of idwidnik is first mentioned in 1392. In the 17th and 18th centuries. the name Świdnik was best known for the rebellion of the local peasants against the often brutal landlords. At the partition of Poland in 1795, the city came under Austria-Hungary; from 1815, however, idwidnik was under Russian administration.
In 1877 the Lublin-Chełm railway was passed through Świdnik. During World War I, violent fighting took place near Świdnik between Russian and Austro-Hungarian forces. From 1918 the city was again part of Poland.
In 1937, 146 hectares of land were purchased by a local nun. Here, a school for civilian pilots was built under the League of Air Defense and Anti-Chemical Defense. In 1938 the school began its work and in 1939 an airfield was built. These events were the beginnings of a future for the city marked by aircraft construction, aviation and air defense.
During World War II, the Germans bombed the school and airfield, which during the remainder of the occupation was used for the Germans' own military purposes. The airfield was thus used by the Germans' initial attack on the Soviet Union in 1941.
During the occupation, a concentration camp was set up at the village of Majdan between Lublin and idwidnik, called Majdanek (the Germans called it KL Lublin). In and around Majdanek, including in the Krzępiec forest just east of idwidnik, the Germans murdered over 300,000 people, both Jews, Poles and other nationalities.
After the area was liberated by the Soviet army at the end of the war along with divisions of the Polish People's Army, the airfield was used by Soviet forces until the spring of 1946. After the war, in 1949, the large company, the Communications Equipment Factory, was called WSK -Świdnik, later named PZL—widnik. From 1951-52, production of aircraft, initially MiG-15 on Soviet license, later started only parts for these aircraft. 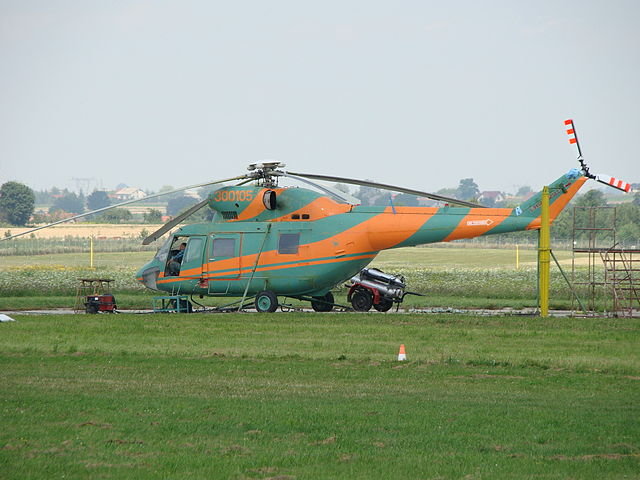 In the mid-1950s’The companies decided that in the future production would primarily be focused on building helicopters. First it was the Soviet Mi-1 and the factory-modified version SM-2. In 1964, production of the Mi-2 helicopter began, and over 5000 pieces were manufactured. of these. The series production of Mi-2 was exclusively in idwidnik. In 1978, a modernized version of this helicopter named PZL-Kania was prepared in idwidnik. In 1970’The gliders also manufactured the glider SZD-30 Pirate. In the mid-1970s’At the factory, a helicopter of its own production was designed: PZL W-3 Sokół. During the same period, the motorcycle WSK and parts for the Aerobus II-86 were produced. As a result of the significant industrial activity, the other business community in the city also flourished, and several new residential neighborhoods were built. By 1954, idwidnik had acquired marketplace rights. Today, the Zwidnik helicopters are manufactured PZL W-3 Sokół and PZL SW-4 as well as elements for aircraft such as Pilatus PC-12 and Airbus A320 / A340; also parts for the helicopters Agusta A109, A119 and A139. The factory also provides technical service for the PZL Mi-2, Mi-2 plus helicopters and PZL Kania helicopters. Next to the factory is its own airfield. In 1912, the Lublin-Świdnik airport was opened on the northern outskirts of the city, from which domestic flights and partly to other European destinations are departing. The new airport has attracted several new investors and companies to idwidnik and Lublin. In 2010, the British-Italian helicopter factory AgustaWestland bought 87.62 percent of the shares in PZL-idwidnik. AgustaWestland is now purely Italian, from 2016 under the name Leonardo. PZL-idwidnik is part of this company's helicopter division. 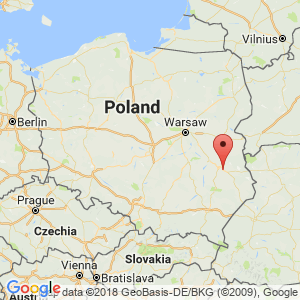