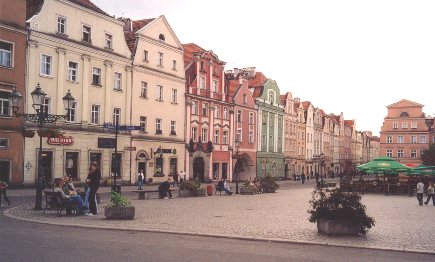 The Old Town Square in Bolesławiec

Bolesławiec is located in the northwestern part of the Lower Silesian county, in a place where important paths intersect, namely from Zgorzelec to Wrocław and from Jakuszyce to Zielona Góra. At a distance of 11 km from the city, the A12 motorway (designed as the A4 motorway), connecting Olszyna (German border) with Wrocław.
The town is located on the river Bóbr, a tributary to Odra, on the border between two macro regions: the Western Sudets (mountain country) and the Silesian-Sorbian Lowlands. 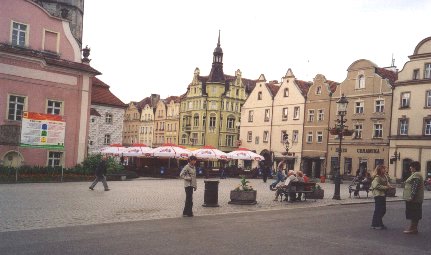 From the Square (Rynek Starego Miasta)

Bolesławiec was granted market town rights in 1251. In 1346, the city was a member of the Defense Forces of the Silesian Cities (Bolesławiec, Jawor, Chojnów, Jelenia Góra, Lwówek, Wleń, Złotoryja).
Like the rest of Lower Silesia, Bolesławiec in the Middle Ages first belonged to the Polish princes and kings, then the city was under Czech and later German rule.
In 1813 Napoleon visited Bonaparte.
In Bolesławiec, over the centuries, a ceramic industry and a glass industry developed. Already in the 16th century there was a pottery and here at the end of the 19th century a pottery school emerged. In the city there is today a ceramic museum, and a number of ceramic companies continue to manufacture bowls, jars, etc. in stoneware, which are decorated by hand.
During World War II, the city was severely destroyed. The Germans had left Bolesławiec, the city was populated by Poles transferred from those parts of Ukraine that came within the Soviet Union, as well as by Poles from Bosnia.
In addition to the ceramic industry, also a chemical and pharmaceutical industry, just as the city is the business and administrative center of the local area. 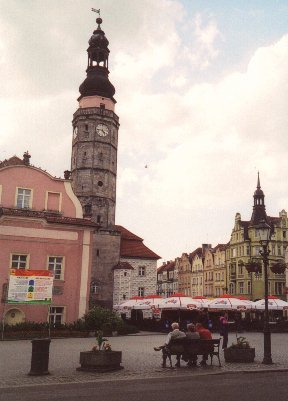 Old Town Square (Rynek Starego Miasta) is surrounded by residential buildings built in the late Gothic style (“Pod Złotym Aniołem”), Renaissance style or Baroque (e.g. the house next to the Kutuzov Gate), thus forming a beautiful closed entity.
Centrally located on the square is City Hall , which after being destroyed in 1522, was rebuilt by architect Wendel Roskopf. After many renovations and renovations, the town hall in 1776 got its present appearance. The building is still the seat of city authorities. Around the tower with extensions is the oldest part of the town hall, which is adorned by two bedotic Gothic portals from the 15th century, located in the side wall. The most beautiful part of the town hall is the hall with the late Gothic ceiling of 1530; it now forms a framework for weddings. In connection with this are seen two portraits in the late Renaissance style from 1572 and 1580.
On the east wall next to a blackboard with the date of the renovation, a bas-relief was unveiled, unveiled in 1913 on the occasion of the centenary of the “the battle of nations” at Leipzig 1813. 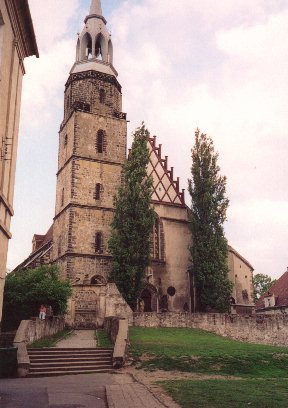 Virgin Mary's Church of the Assumption

Virgin Mary's Church of the Assumption took its present, bedotic form in 1492. Around the church are baroque sculptures by Jerzy Leonard Weber and inside the church is a beautiful altar by the same artist from 1723-25. The Baroque-style decoration of the church is due to the Italian painter and sculptor Giulio Simonetti, a resident of Bolesławiec. Notice the beautiful baptismal font from 1727 and the pulpit in Baroque style from 1707-22. The most beautiful painting is the picture “The Crucified Christ” from 1736, painted by JWNeunhertz.

Remains of the city walls with defense towers that is partly restored.

Kutuzov Monument , erected by Prussian King Friedrich Wilhelm III in memory of Michail Kutuzov, the Russian Army commander in the Napoleon campaign of 1812-13, who died during a stay in Bolesławiec. The monument's performance is due to F.Schinkl and G.Schadow. The monument was formerly in the square but was moved to its present location in 1893.

ceramics Museum from 1908 is decorated in an old defense tower.

stoneware factory “Manufaktura” . Here you can follow the process of making the famous and beautiful ceramic objects from Bolesławiec. You get to know the local potter's craft over the last 100 years. Visitors to the factory are accompanied by a guide during the tour.

railway viaduct . This is the longest, stone-built and two-track railway viaduct in Poland. The length is 490 m., The width 26 m and the height 8 m. 35 semi-circular arches rest on mighty pillars. Construction began in 1844 and lasted for 2 years. In 1945, when the German troops withdrew from the city, they detonated part of the viaduct. For a short time after the war, therefore, the train journey had to be interrupted by the viaduct, passing the river and continuing in a train on the other side. In 1947, the viaduct was rebuilt, and it remains one of the most distinctive buildings in the city. 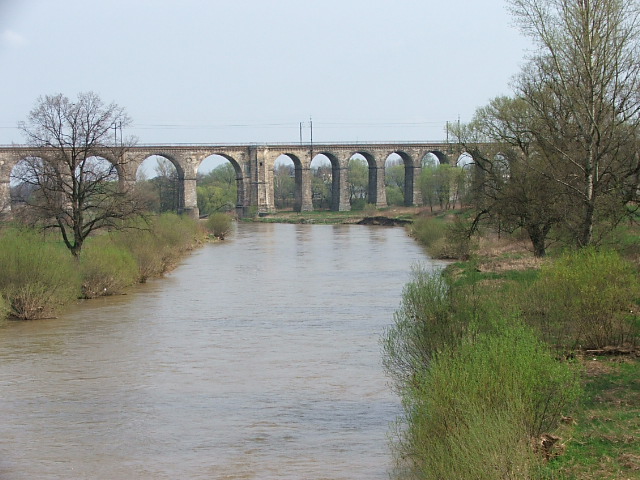 The railway bridge over the river Bóbr in Bolesławiec

Kliczków
The castle / castle Kliczków is located 14 km northwest of Bolesławiec. The castle was built here by the River Kwisa around 1297. In 1579, the Rechenberg genus took over the buildings and converted them into a Renaissance-style residence. Over the centuries, the property was owned by genera such as von Schellendorf, von Frankenberg, von Promnitz and zu Solms-Baruth. In the 19th century. the castle was rebuilt several times. During the Second World War, the mansion was confiscated by the Germans. During the Napoleonic wars the castle had been considerably destroyed; the same happened when the Soviet army occupied the castle in 1945. In 1970, Wrocław Polytechnic Doctrine took over the castle and undertook an initial renovation. By the end of the 20th century. bought the company Integer SA from the Wrocław castle and in 2001 a comprehensive renovation and refurbishment of the castle was completed for the hotel and conference center. 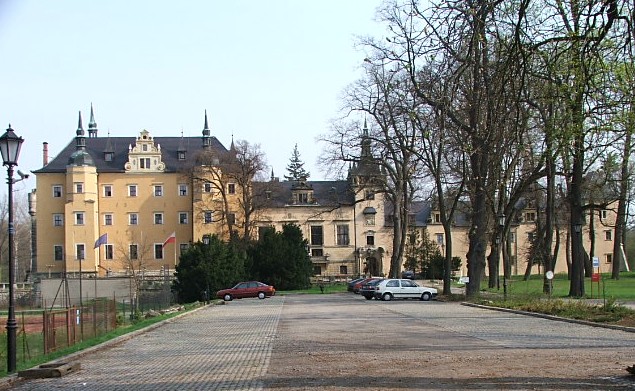 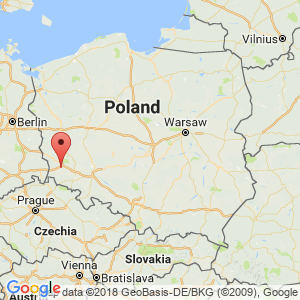