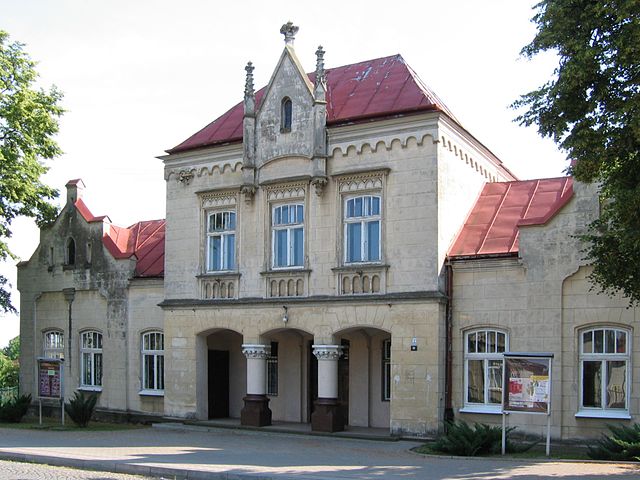 Mielec is located in the northwest Podkarpacie on the river Wisłoka, a right tributary to Wisła.
Since 1938, Mielec has been an important industrial and cultural center in southeastern Poland. Over 60 years, the population grew to 6-fold and the city's area to 7-fold. 2 The industrial branches have had a special influence on the development of the city, namely the aerospace and automotive industries. With the manufacture of aircraft and cars, the name Mielec is still closely linked. Especially from 1990’Many other industries have come to this: furniture, construction, food, medicine and others.

The first mention of a locality named Mielec happened in a papal bun from the year 1229.
In 1457, King Kazimierz Jagiellończyk authorized the founding of the city of Mielec. The genus Mielecki was the owner of the town until the genus became extinct in 1771. The oldest craft was the forge crafts, the following craftsmen who organized themselves into guilds were tailors, shoemakers, potters, dressmakers and weavers. The following owners of the city were the Ossoliński and Suchorzewski genera. The city's last private owner was the 1891 Oborski family.
In 1853, Mielec became the administrative city of a district (powiat). At the beginning of the 20th century. the central square was surrounded by a series of stone-built houses; a courthouse was also built in 1902 and a high school in 1912; moreover, the district council got a new building. World War I caused significant destruction in Mielec. In the interwar period, several paved streets were built; several craft and trade companies were also set up, and a private power plant was built.
In 1934, the Mielec region was hit by the largest flood so far, over 11,000 farms were destroyed.
Within the framework of the development of the Central Industrial Region arose in 1936 the State Aircraft Factory in Mielec, where the construction of the bomber aircraft PZL P-37 began “Loose”. The construction of the factory led to the development of the infrastructure, as new housing blocks had to be built to accommodate the workers and houses for the senior staff.
When World War II broke out, the factory came into German hands. Between 1939 and 1944, the Mielec factory produced tail plans for German bombers.
In 1942, all the Jews in the city, along with many other inhabitants, were deported to the German extermination camp Sobibór, where the vast majority were murdered.
After the war, the aircraft factory PZL was re-created and it became the basis for a growth in the number of jobs in the area and for a revival of the economic life in the city. In Mielec, more than 16 thousand airplanes were built of different types and for different purposes – partly of their own construction and partly of licensed building. The planes exported were primarily sold to the Soviet Union. 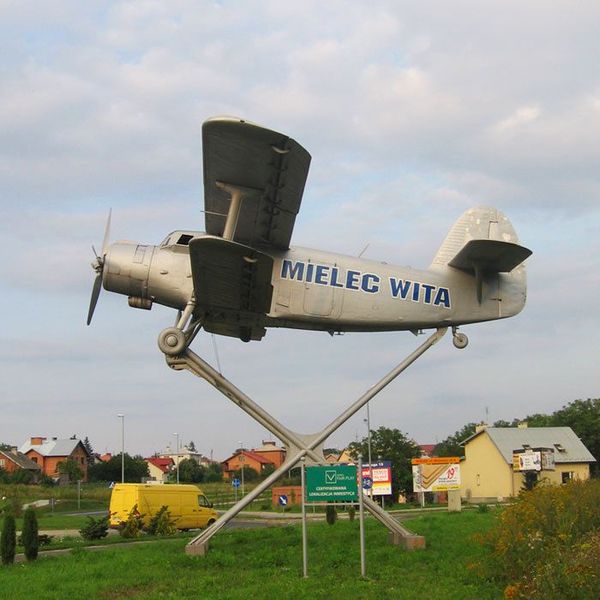 The inscription on a Antonov An-2 aircraft, built in Mielec for the Soviet company Antonov, offers “Welcome to Mielec” at the entrance to the city. – Photo by: No machine-readable author provided. C41n assumed (based on copyright claims)., Antonov An-2 Mielec-samolot-mielecwita, CC BY-SA 3.0

Important for the city's development and, not least, for the city's exterior, was the sports center, especially the city's football team, which achieved many successes both domestically and abroad.
Several residential areas, administration buildings and roads were built in the city and the surrounding area. In 1995, the Special Economic Area EURO-PARK MIELEC was established.
In 2007, the company Sikorsky Aircraft Corporation purchased the factory PZL Mielec from the Polish state for the production of helicopters. Thus, the aircraft factory in Mielec came to participate in the building of “Black Hawk”, one of the best helicopters ever manufactured.

One of the most famous Polish sportsmen of recent times, the footballer Grzegorz Lato (b. 1950), played most of his career for the football club Stal Mielec; moreover, in recent years he was the coach of the same club for several periods.

The castle complex of the Oborski genus
from the 17th century. at Ul.1 May 73, together with the park from the first half of the 19th century.

Gardulski Mansion
from the 18th century. with a park and remains of earthquakes.

St. Matthew's Basilica
from 1526 with a tower from the 18th century. The interior of the church is Late Baroque.

The airfield
In the northern part of the city is the airfield, which is mainly used by the aircraft factory as an internal airfield and by Aeroklub Mielecki as a sports airfield.

The castle of Mielec
from the 15th century. – no longer existing, it was thoroughly destroyed by Swedish troops in 1655.

The river Wisłoka comes from a southerly direction, passes the western edge of the city, after which it has its outlet in the great river Wisła approx. 20 km to the north.
East of the city extends a wooded area that is the southern part of the Puszcza Sandomierska forest area. There are several nature reserves in the district, 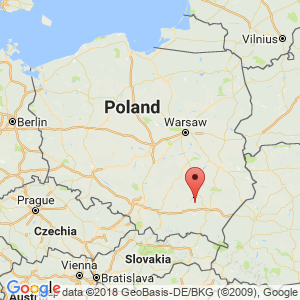