Kazimierza Wielka is located in the southernmost part of the Holy Cross (Świętokrzyskie) County, south of Kielce and northeast of Kraków.

The first comment in the historical sources regarding Kazimierza Wielka dates from 1320 (in King Władysław Łokietek’reign), then the settlement was referred to as “Cazimiria”. During its time, the river Nidzica (passing Kazimierza Wielka) was the border between two administrative areas. The buildings of Jakuszowice and Mała Kazimierza east of the river were in Sandomierz county, while Kazimierza Wielka, which was west of the river, belonged to the then Kraków county. By the end of the 18th century. the ieubieński family settled in the city. Kazimierz Count Łubieński built a sugar factory here in 1845, one of the first in Poland then divided. This business had a significant impact on the development of the city. Between 1795 and 1809 the Kazimierza area was part of Western Galicia, between 1809 and 1815 it belonged to the Principality of Warsaw and between 1815 and 1918 it became part of the Kingdom of Poland (“Congress Poland”, actually a satellite state under Russian supremacy). From 1919 the area belonged to Świętokrzyskie county. A fertile soil and the development of the sugar factory “Lubna” helped Kazimierza Wielka to advance to a significant center in the area. The factory's main buildings, as they are known today, were essentially created at the end of the 19th century. and the beginning of the 20th century. The original manor from the mid-18th century was basically renovated in 1910. Housing for the staff as well as (in the year 1900) was also erected a characteristic round tower that was intended as a residence for trainees. The chairman of the limited company, Julian Tolloczko, also built an elegant mansion. From the middle of the 19th century. and through approx. For 100 years, Kazimierza Wielka was only a large village around the company, but still the center of a municipality. After World War II, the city remained the seat of a municipality; Several industrial companies were added: in addition to the sugar industry, manufacturing of horticultural products and building materials followed. 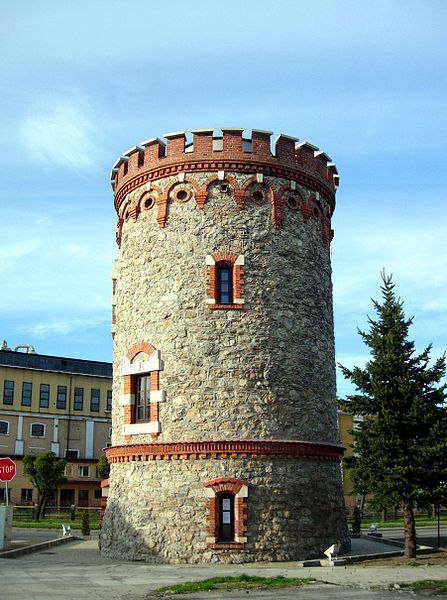 The parish church
is a Baroque-style building in the 18th century. Originally, there was a wooden church dating from the 14th century.

sugar factory
originally dates from 1845; the factory's current building complex as well as the mansion and tower were built around 1900.

The mansion “Lacon”
is on two floors with a loggia also on two floors and a tower with a dome helmet. The mansion was the residence of the manager of the sugar factory. Since 2004, the building belongs to another owner and is under renovation.

“the tower”
A round stone building with original, eclectic decoration. The tower has become a landmark for the Kazimierza area.

The lake in Kazimierza Wielka
In the urban area itself, by road No. 776 between Kraków and Busko-Zdrój, as well as close to the city, the municipality has built a complex of 6 water reservoirs with a total area of 12.5 ha and an average water depth of 0.8 -2 meters. Since 1996, the lake has been leased by the local fisheries association. The most frequent species of fish in the lake are carp, bream, south, perch, species, pike and eel.

Bejsce (6 km lake of Kazimierza Wielka)
At the parish church is a very beautiful chapel, often compared to the Zygmunt chapel at Wawel in Kraków. Near the church is the Baden Palace, a predecessor of Belweder Castle in Warsaw.

Skalbmierz (10 km NW of Kazimierza Wielka)
The Diocese of Skalbmierz dates from the 15th century. and includes remnants of a former Romanesque church.

Czarnocin (12 km north of Kazimierza Wielka)
In Czarnocin, the church dates from the 14th century. preserved. This is the oldest church in the district. 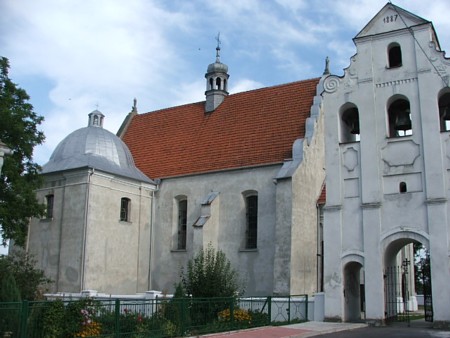 It is worthwhile to visit Opatowiec, which already in 1271 got marketplace rights. Today, however, it is a fairly small settlement with 3,800 inhabitants. Opatowiec is beautifully situated on the left bank of the Wisła at the spot where Dunajec (from the southeast) opens into Wisła. Highway 79 (passing from Sandomierz to Kraków) passes through the city. In Opatowiec one can admire a beautiful, Gothic church that once belonged to the Dominican Order.
Other pages / sources about Opatowiec: Gmina Opatowiec (Official site of the municipality)

Booking.com
Kazimierza Wielka (Official site of the city and municipality) – with practical information for tourists

Kazimierza Wielka (Official site of the city and municipality) 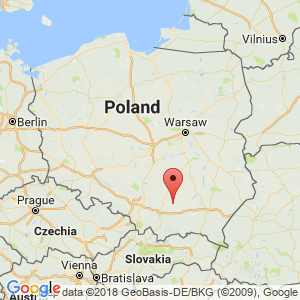