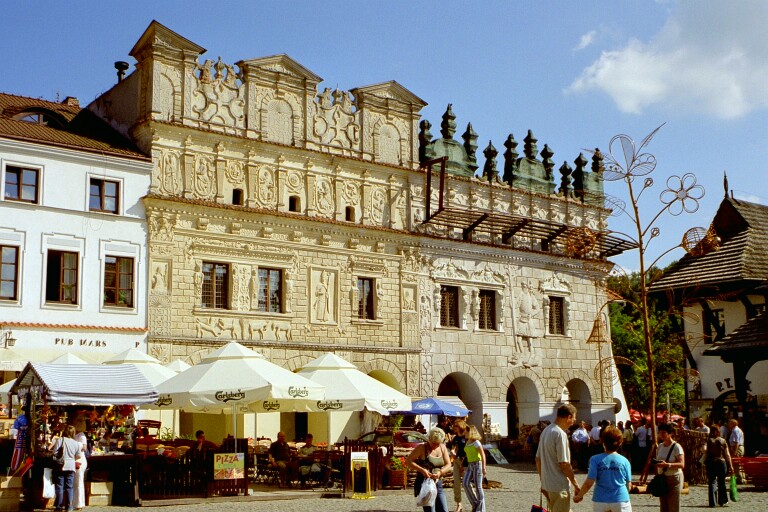 This small town is rightly called “The pearl of the Lublin region from the Renaissance period”. Kazimierz Dolny is exceptionally beautifully situated on the river Wisła in a gorge-intersected area. The city originated in the 13th century in the place where the settlement Wietrzna Góra was located. Its development and economic importance in the past centuries is due in particular to Kazimierz the Great, who emphasized the location of the place by the trade routes. Kazimierz Dolny’s development is closely related to the trade in grain, and the city's heyday was in the 17th century. On the exit road in the direction of Puławy you can see several of the grain magazines from the Renaissance period that are still preserved. The town square with the centrally located old well has been a meeting place for centuries. The Renaissance houses in the city, not least in the square, testify to the wealth of local citizens. You can admire a panoramic view of the city from Góra Trzech Krzyży (Three Crosses Mountain) or from the mountain where the ruins of the castle from the 14th century. stands.
Kazimierz has for many years been a popular holiday and excursion destination for Warsaw residents. Over the centuries, the city's special colorite with its many narrow streets and alleys has attracted visual artists, poets and youth from near and far. 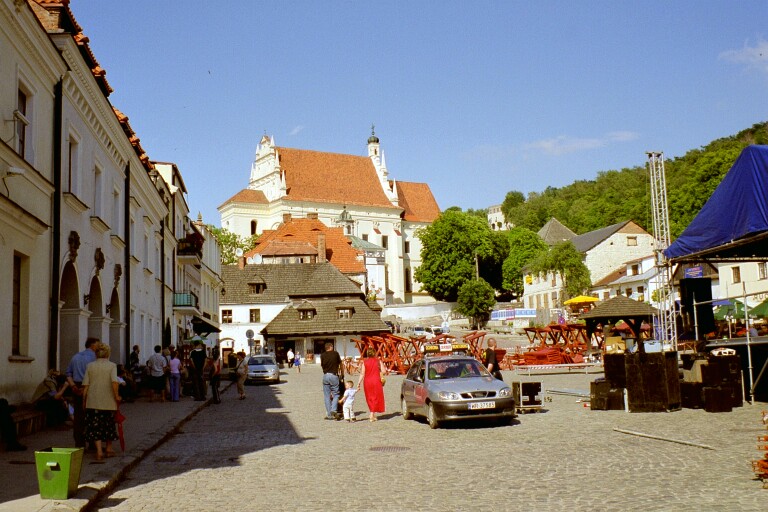 The promenade : The wide and elongated promenade along Wisła is used extensively by tourists.

Góra Trzech Krzyży : The Three Crosses rise above Kazimierz; From here there is a beautiful view of the city and the surrounding area. The three crosses were erected here in 1708 to commemorate the victims of the cholera epidemic at this time.

Square: The beautiful old square is an attraction in itself. It was originally built over a trapezoidal floor plan. From the 16th century. the wooden buildings in the square were replaced by Renaissance-style stone houses, many of which still stand today. In the middle of the square is the old well, which has become one of the symbols of Kazimierz.

Borgen: The ruins of the castle from the 14th century. is on a ridge just off the town. From here there is a beautiful view of the city center. The castle was built following a Tatar attack and following orders from King Kazimierz the Great. It was expanded in the 15th and 16th centuries, but was destroyed during a Swedish campaign in the 17th century. 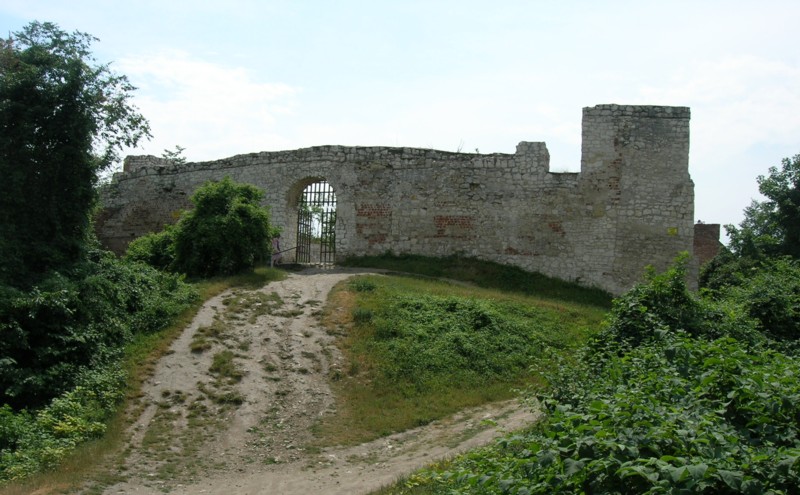 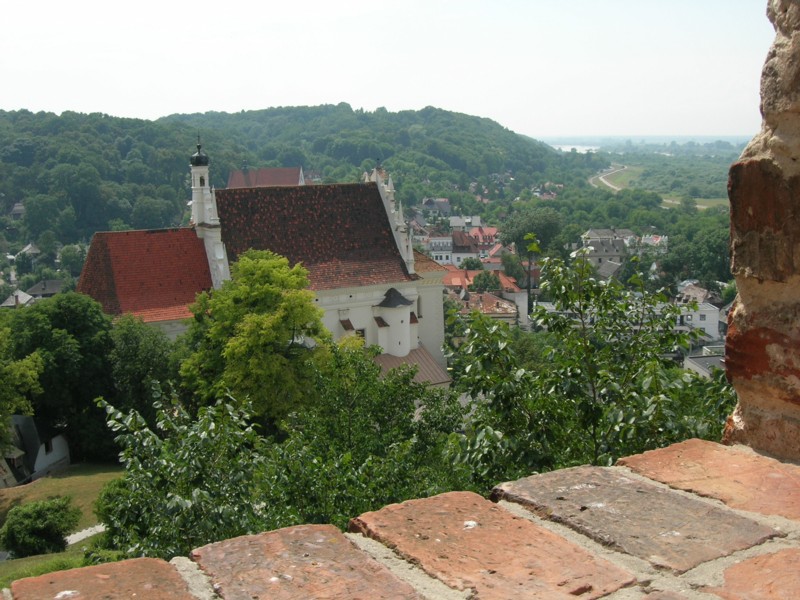 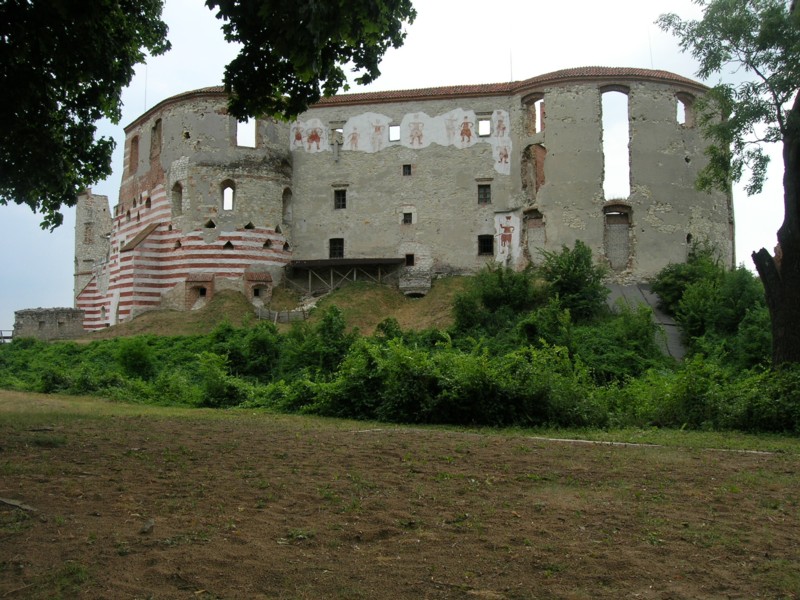 The parish church was listed in the 14th century. like a Gothic church building. After a fire, it was rebuilt in 1561 in the Lublin Renaissance style. The church organ dates from 1620.

Borgerhuse: Beautiful and stylish townhouses, such as the two houses that bear the names “Pod Świętym Mikołajem” (Under Saint Nicholas) and “Pod Świętym Krzysztofem” (Under Holy Christ); these houses were built in 1615 in the late Renaissance style; they are distinguished by their rich decoration and are a great decoration of the square where they stand.

Saint Anna’s Church . This church was built in 1649-1670 in a mannerist style. Next to it is the hospital building from the 17th century, which is now a cultural center.

The Monastery of the Reformed consists of a single-storey church building from 1589 and the associated monastery from the middle of the 17th century. with a large cloister.

grain Stores . In the street with the former name Przedmieście Gdańskie (now ul.Puławska), several grain magazines dating from the 16th to the 18th century have been preserved.

In the city there are several art collections and museums .
Permanent events: In June each year you can listen to different groups playing folk music, in August there is a film festival and you can also go to a concert in the parish church. 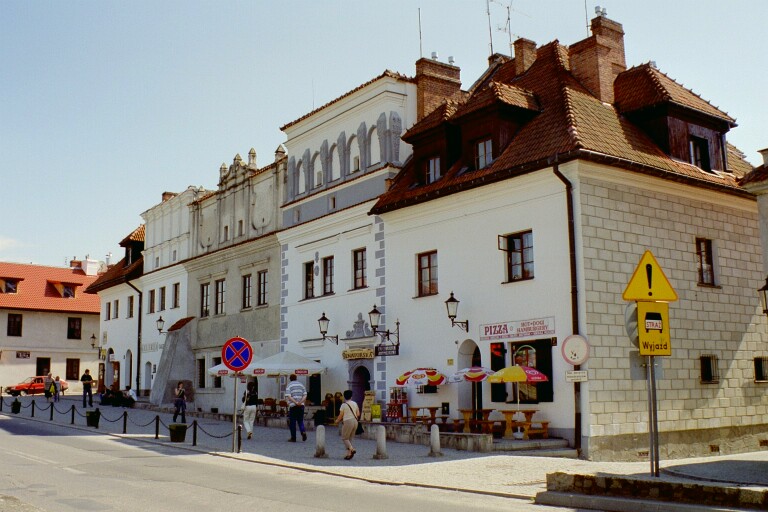 On the opposite side of Wisła lies Janowiec with well-preserved ruins of the genus Firlej’s castle from the 16th century.
Just north of Kazimierz Dolny is the village Bochotnica . Here you will find the ruins of the so-called Esterka castle. It is probably the genus Firlej that built the castle.

Booking.com
Kazimierz Dolny is characterized by many, larger and smaller, accommodations and eateries throughout the city. 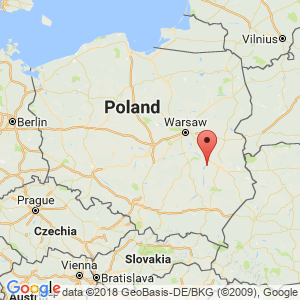