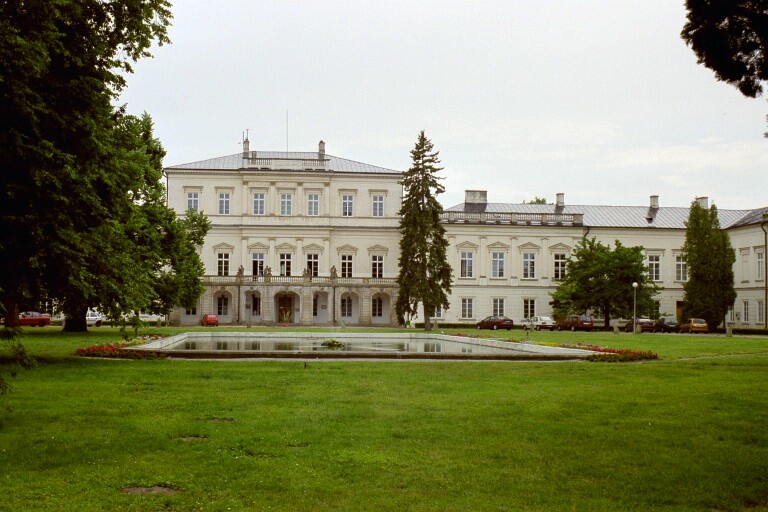 The Castle of Puławy

Puławy is located on the Wisła River, southeast of Warsaw and northwest of Lublin.

Since the 17th century. was the Puławy country residence of the nobles genus Lubomirski, Sieniawski and Czartoryski. The place is especially attached to the genus Czartoryski. In 1784, Puławy was taken over by Adam Kazimierz Czartoryski and his wife Izabela, born Fleming. Under their leadership, and after Poland lost its independence in 1795, the Pulawy castle became an important cultural and political center. After the November uprising in 1830-31, the castle was taken over by the Russian state. In 1869, an Institute of Agriculture and Forestry was opened in Puławy; one of the first students was the forthcoming Polish writer Bolesław Prus (1847-1912), who had spent part of his childhood in the city. One of the author's short stories also happens in the castle park here.
In 1906, the city was separated from the rural municipality and granted city rights.
World War I, during which the city from 1915 was occupied by Austrian forces, caused great destruction. 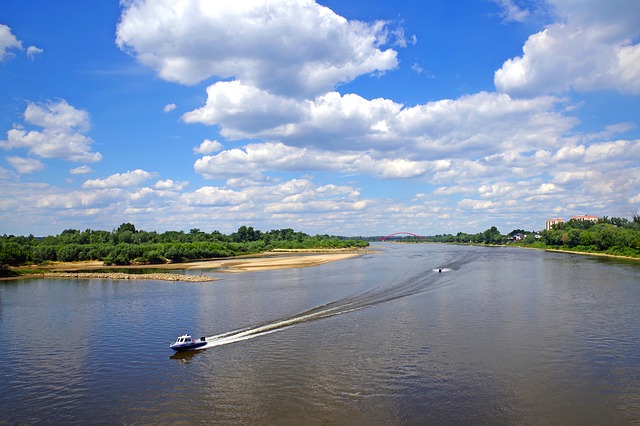 The river Wisła at Puławy. – Picture of jozefbabij from Pixabay

In the interwar period a high school, a veterinary institute, a hospital and a scientific institute of rural economics were set up. A gelatin factory and a shoe factory were also started.

During the German occupation in World War II, approx. 60% of the city was destroyed, including the Jewish quarter and the bridge over Wisła. The Jewish population, ca. 3,600, was locked up in a ghetto and then taken to Sobibór extermination camp.

After the war, a reconstruction of the city, the Czartoryski Castle and the bridge took place. The gelatin factory was completed and other industries established. The town became a center for agricultural sciences, continuing the traditions of the 19th century. Thus, in the Czartoryski Castle there was an Institute of Agricultural, Fertilizer and Soil Research. In 1967, an Institute of Fertilizers started its business. Gradually, the beautifully situated city attracted more tourists. Pulawy has always played a significant role as a transhipment point in river transport.

The castle and the castle park .
The biggest attraction in Puławy is by far the castle and castle park of 1670’s.
The castle was originally built in Baroque style according to drawings by architect Tylman van Gameren and was the residence of the Lubomirski, Sieniawski and Czartoryski genera. After the fire in 1706, the castle was rebuilt in Rococo style; this redevelopment was completed in 1763. The present classicist look got the building by a redevelopment around the year 1800 (architect Ch.P.Aigner). Several original halls and rooms have been preserved in the interior of the building. The castle is currently the seat of IUNG (Institute of Agricultural, Fertilization and Soil Research).
The park: The park has several classicist style pavilions from the early 19th century:
Sybilas Temple: Not least notice the round, pillar-shaped Sybilas Temple. It is built (1798-1801) as a roundabout surrounded by Corinthian pillars following the pattern of a Roman Vesta temple. It was the first museum in Poland, with Izabela Czartoryski building a collection of objects here on the subject of Poland's history, chivalry and militaria.
Dom Gotycki: “The Gothic House” is from 1809.
Pałac Marynki: “Maria's Castle” is built for Mary, daughter of Izabela and Adam Czartoryski.
Dom Grecki: “The Greek House” is from the 18th century, originally the castle's orangery building, since 1966 public library. 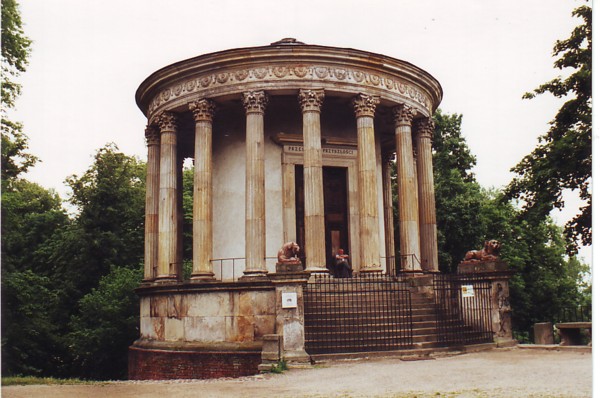 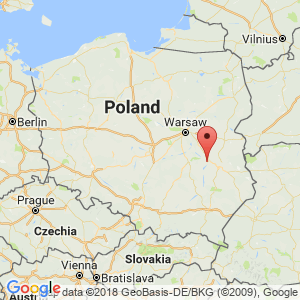