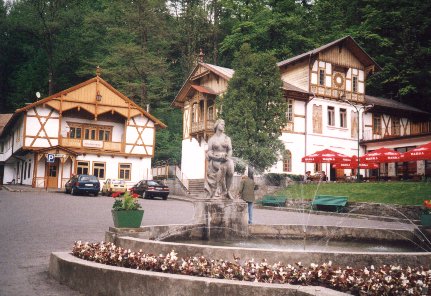 The city is located in the southeast of the Małopolska region, close to the Slovak border. Szczawnica is located in the picturesque Grajcarka Valley at an altitude of 420-470 meters and between two mountain areas: Beskid Sądecki to the north and Pieniny to the south. In all directions there are mountainsides, planted with forests of conifers and larch trees; There are buildings on both sides of the mountain gorge.

Szczawnica was first mentioned in 1413. The town's rights were first acquired as late as 1962. The city name comes from the word szczawy, which is the name of the locals for the carbonated water from the springs.

The spa town
Szczawnica is a health resort with natural mineral water springs. The actual history of the city began when, in 1810, the first analysis of the water in Szczawnica (from the site's oldest main source, later called “Józefina”). The spa now has 12 mineral springs. The spring water contains, inter alia, carbonic, sodium, iodine and bromine and are rich in mineral salts and numerous microelements.
The first visitors from approx. 1790 used the local spring water as drinking water and bathing water. In 1828 the health resort Szczawnica was taken over by the Hungarian couple Józefina and Stefan Szalay, and their ten-year management meant that the health spa flourished. However, a truly dynamic development did not take place until the couple's son Józef took over the leadership after his father's death. Józef Szalay was the real creator of the spa. He built the first health baths, built villas and boarding houses and provided the found sources with an architectural framework. He expanded and modernized the health park, introducing exciting new trees and shrubs. Szalay, who worked here for almost 40 years, was the one who started the spa as well as tourism in general on the spot as well as the rafting trip at Dunajec, which he made a very popular entertainment. 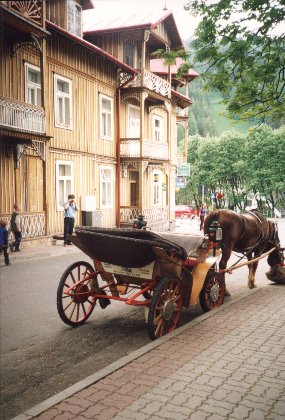 The health resort – see above.
Raft Sailing: There is an end station for sailing rafting along the Dunajec intersection (Przełom Dunajca), the gorge through which the river flows.
Ski lift to mountain Palenica . From the city center there is a ski lift (chair lift) to Mount Palenica south of the city. During the winter season, the lift carries skiers, while in the summer you can quickly ascend the ridge of the Little Pieniny Mountains, from which there are magnificent views of the Tatry, Pieniny and Beskid Sądecki mountain ranges.
You can still meet on the streets of the city a taxi driver dressed in the local costume.
Pieniny Museum (Muzeum Pienińskie im. Józefa Szalaya) has exhibitions on the region's popular culture, on Szczawnica’s history, memories from WWII and a hall, where the subject is the author Jan Wiktor, who lived and worked here.
Architecture : The town has preserved several 18th and 19th century Cure buildings, many in Swiss style and others in old, local (Góralski) style, some of them with rare genealogy, belonging to local Szczawnica families.
Other building attractions include The Mother of God Chapel in Park Górny (Health Park); the fountain and obelisk at Plac Dietla; Chapel of Mother of God from Częstochowa in Park Dolny (health park) from the 19th century. (former Wanda drinking water hall); the neo-Gothic Saint Wojciech’s Church of 1892, following a project by Stanisław Eliasz Radzikowski.

The Pieniny Mountains and the Spisz region
Pieniny National Park

IN Jaworki and Szlachtowa southeast of the city are well-preserved church buildings that were originally churches of the Orthodox, ethnic minority group lemko, but which today belong to the Roman Catholic congregations. 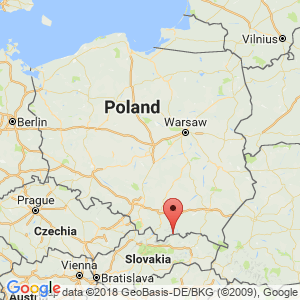