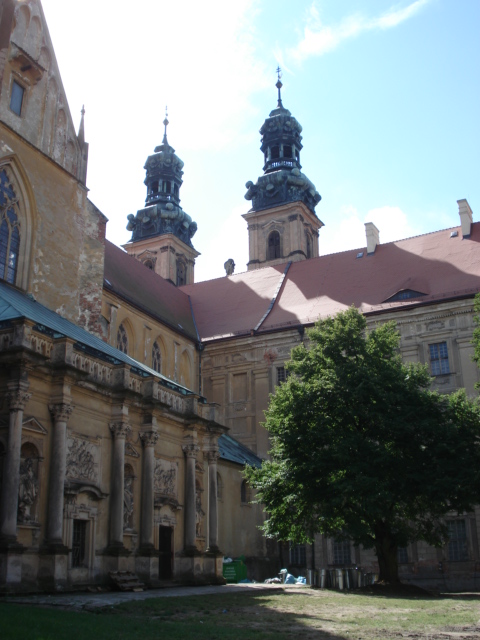 Lubiąż. Part of the abbey church with the towers and part of the abbot's mansion, as seen from the mansion's courtyard. At the bottom left is the Loretto Chapel

The former Cistercian monastery in Lubiąż

In the present village, Lubiąż, between Legnica and Wołów, on the Odra River (population in 2010: 2203), a fortified settlement emerged early, probably destroyed in 1108. On the ruins of this settlement, the Benedictine Order erected about 1150 a monastery with a church dedicated to St. Jacob. However, the order remained here for only a short time; instead, the Cistercian order came to Lubiąż, invited by Prince Bolesław I the High. The first monks came from Thuringia in 1163. The actual founding of the monastery, where the prince assigned the 15 large estates, took place in 1175. 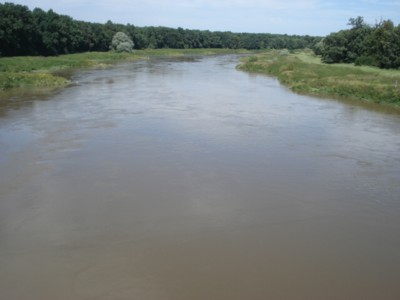 The river Odra at Lubiąż

The wealth of the monastery increased in the following years; at the beginning of the 13th century. branches are established in Mogiła near Kraków, Henryków and Kamieniec Ząbkowicki. The Hussite Wars of 1428-32 marked the beginning of the decline of order. The Hussites robbed and burned the monastery; further, a dispute ensued shortly after a dispute between monks of German and Polish origin; As a result, both parties were driven away and in 1492 the monastery became a princely hunting castle. 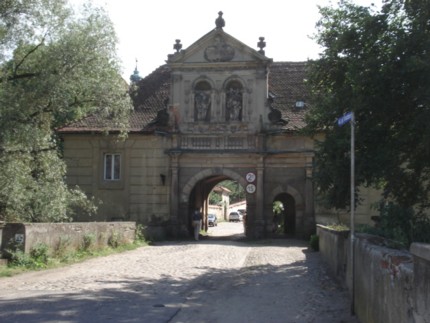 The gate building with the main entrance to the monastery area

Throughout the 16th century. the Cistercian order sought to rebuild the monastery's economy and monastic life. But only after the Thirty Years War, under Abbot Arnold Freiberg, does a more than one hundred year period of prosperity begin with economic and cultural flourishing. Thanks to the great wealth of the monastery, in the years 1681-1739, new buildings were erected: the abbot's mansion, monastery, brewery, bakery, hospital and various economy buildings. Together, the buildings form a huge complex, the largest within this order in Poland and by far one of the largest of this kind in Europe. The long west façade measures 223 m in length, the total volume is 330,000 m3 and the width of the complex, expressed as the length of the mansion's north wing, is 118 m. room.
From 1740, when Silesia came under Prussian rule, the monastery came under pressure from King Friedrich II, who was hostile to Catholicism. It ended with the secularization of the abbot in Lubiąż in 1810. After 650 years, the Cistercian order's presence in Lubiąż ceased. The Prussian authorities abducted many valuable works of art from the buildings, which were subsequently intended as a weapons arsenal. In 1823, the monastery was converted into a hospital for the insane, while the abbot's mansion and the economy buildings were handed over to a state horse stud.
During the Second World War, a factory was set up for the production of military equipment. In the spring of 1944, the remaining images of M.Willmann as well as other artworks and fixtures were removed and distributed to various museums and churches. In the years 1945-48, the monastery buildings were a hospital for units of the Soviet army. 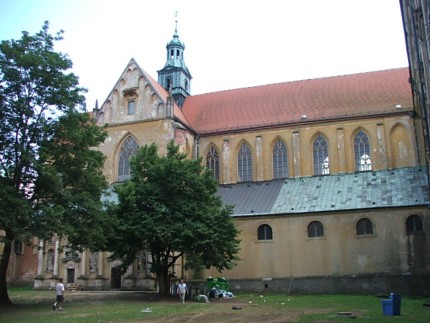 The monastery church seen from the mansion's courtyard

From 1950, the complex was in practice without any actual owner. It was partly utilized by Dom Książki as well as by the National Museum in Wrocław as a magazine. In 1962, the county building conservator in Wrocław began extensive work aimed at saving the monastery complex. Unfortunately, there was a shortage of money and one did not reach as far as desired. In 1989, Fundacja emerged “Lubiąż”, whose main purpose was the renovation of the buildings and to reproduce them the splendor and useful values of the past. 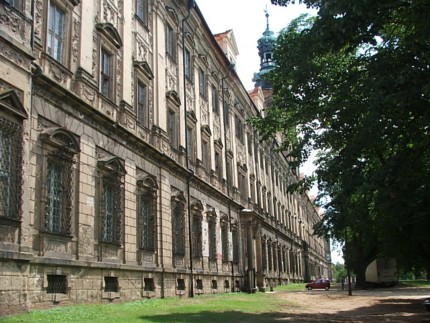 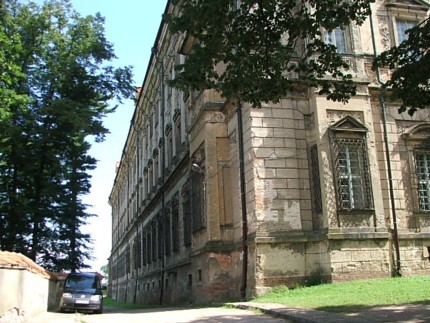 The abbot's mansion: the north wing seen from west to east

Today, relatively few rooms are used, but the main halls are open and can be visited. In the summer refectory and in the northern part of the abbot's mansion there are various art exhibitions each year with Silesia as the theme. The main hall is used, among other things. for concerts. There are plans to furnish a conference center and hotel in parts of the buildings. 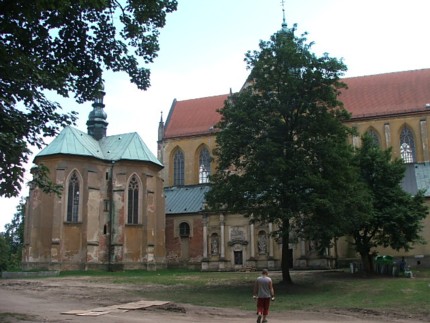 The monastery church seen from the mansion's courtyard. TV. see the Principal Chapel, central (behind the tree) the Loretto Chapel 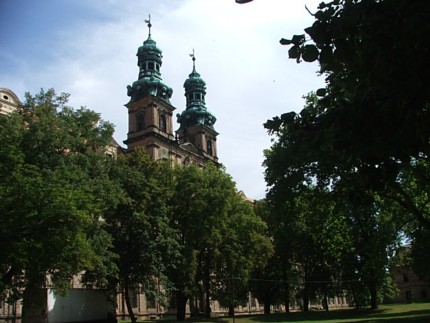 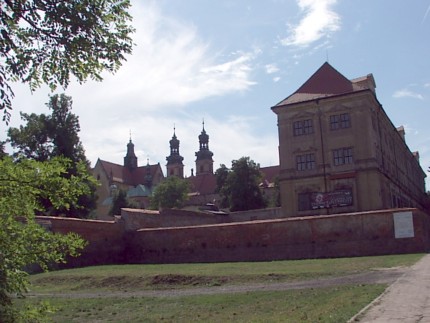 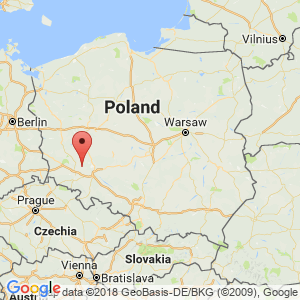