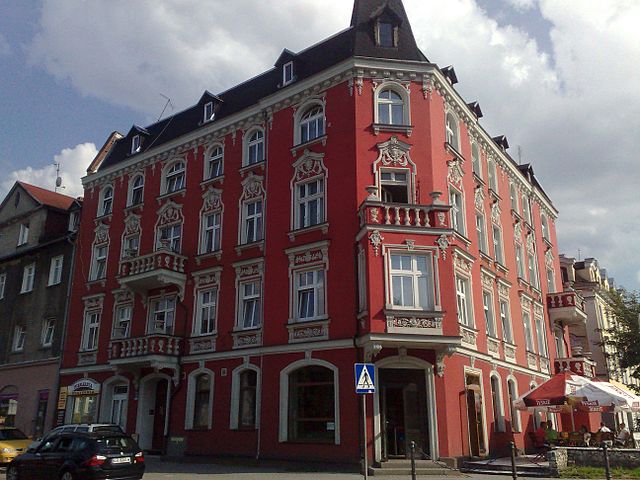 Głuchołazy was founded around 1220 according to Flemish law – otherwise the same set of rights granted by the founding of Nysa. When the city was a border town between the Silesian and Moravian area, it had to be thoroughly fortified, first with a land violence, palisades and moat. From 1344 it is known that at that time the city had a walled fort with defense towers. There were two city gates: the Nysa Gate (Brama Nyska), later called Brama Dolna (Lower Gate), and Brama Górna (Upper Gate). Around 1600, the tower at Brama Górna was rebuilt, which is preserved to this day. In 1552, Mayor Kirchner ensured that a town hall (in the Renaissance style) was built in the western part of the square. In 1625-27, the plague ravaged the city – an accident compounded by the devastating march of several armies through the city. In 1741 the city was occupied by Prussian army forces; it was the beginning of the Prussian period in the city's history. The bishop of Wrocław, who had hitherto been the town's lord in Głuchołazy, lost all rights in the city.
In the second half of the 19th century. the town was developed as a health resort (Bad Ziegenhals). Here were among others sanatorierne “Juppenbad” (treatment of obesity, nerve pain, anemia, etc.), “Ferdinandbad” (treatment with electrostimulation and galvanic baths, among others) and “Franzensbad”. Fresh air, light and diet were the pillars of the spa's treatments; Even today, the same principles are used to treat diseases such as rheumatism, diabetes, respiratory and circulatory disorders.
From 1838 the medieval fortifications around the city began to be demolished. Industrial enterprises began to emerge in the city in 1850’erne: brickworks, a carpet factory, a match factory and others. A cellulose factory (1893) and a paper mill benefited from the wood in the local woodlands. The city got a rail connection to Nysa in 1875. Modern municipal facilities came relatively late to Głuchołazy: street lighting in 1847, a gas station in 1873, a new water supply in 1903, while sewerage and electrification only came after 1920. At the end of World War II, At a time when the Soviet front was moving closer and bombing was taking place in the area, large parts of the city's civilians were evacuated to Czechoslovak territory (some even all the way to Prague) – but it turned out that the city did not come to suffer noticeably during the acts of war. The German forces withdrew from Głuchołazy on May 9, 1945, the day after Nazi Germany surrender. A few days later, Polish authorities arrived in the city. As a result of the new state borders, after which Silesia was again part of Poland, the German population was moved to the west of Germany, to a large extent to the city of Goslar, while Poles from the former (until World War II) Polish eastern regions and central Poland was allowed to settle in Głuchołazy. The city's factories as well as the hospitals and sanatoriums resumed or continued their business.
Today, the city is primarily developed in the tourist direction. The beautiful mountainous surroundings with an often rare fauna and flora as well as the fresh air are part of the background for the construction of a tourist center in the southern part of the Opole region. With a total of 5 major or minor border crossings nearby, the city is also a center for Polish-Czech border traffic. 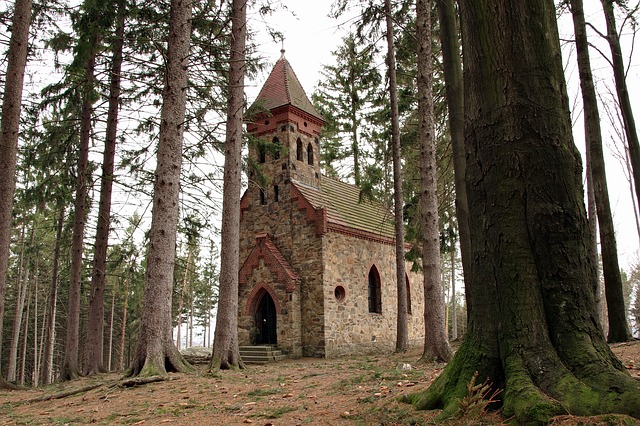 Gate tower Brama Górna
Only this tower – at the former southern city gate of the old city – as well as part of the city wall are left by the city's fortification from the Middle Ages. The tower was first mentioned in 1418. The present height of 25 m was given to the tower by the rebuilding around the year 1600, where it added a Renaissance style attic. In 1903, the helmet of bricks was added. It is now a view tower. 105 wooden steps lead up to the top.

Saint Wawrzyniec’s Church
is located in the eastern part of the old town. It dates from the transition between the 13th and 14th centuries. From this period the early Gothic portal as well as the west facade have been preserved. The present appearance is due to a redevelopment in 1729-33. The New Baroque tower helmets and the main altar are from the beginning of the 20th century.

Saint Franciszek’s Church
is located just south of the old town, outside the former wall. The church was built in 1865-66 on the basis of contributions from the local evangelical congregation.

Square. Renaissance and Baroque houses
Most of the houses around the square have been rebuilt after the fire in 1834 and rebuilt in the 19th century.

Bymuren
The city wall including the towers and the Upper Port (Brama Górna) and the Lower Port (Brama Dolna) were erected around 1350 by order from Wrocław Bishop Przecław of Pogorzela. Originally, the wall was 5 m high and 2 m wide. Today, only part of the wall at Curie-Skłodowska Street (in the eastern part of the old town) and the Brama Górna gate tower are preserved.

St. Rochus Church (Kościół św.Rocha)
was erected at the northern exit road from the old town in 1626-27 at the site of a former chapel from 1350 – as a reminder of the plague ravages of the city. The church served as a cemetery chapel. Rochus was the saint of the sick affected by the plague and other epidemics. It was he who prayed when the plague death threatened.

St. Anna's Church
On “Chrobry Mountain” Immediately south of Głuchołazy stands St. Anna's Church surrounded by slender pine trees. The church (chapel) was built in the early 20th century. in the Gothic style. Saint Anna was the patron saint for the families. 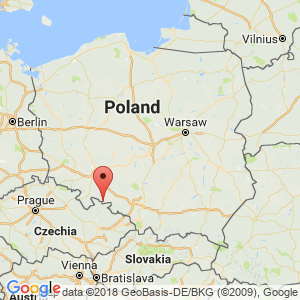