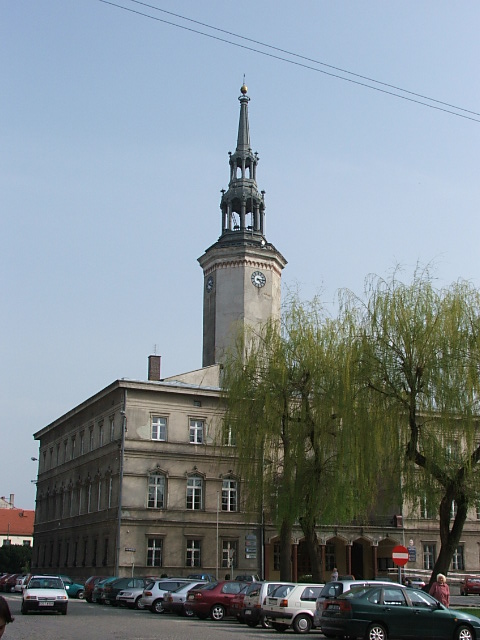 Strzelce Opolske is located midway between Opole and Gliwice, on the old highway that leads from the Katowice area via Opole, Brzeg, Wrocław and Legnica to the German border. International traffic is now directed along the new A4 (E40) motorway, which goes south around the mentioned cities.
The town is located in the eastern part of Opole County, close to the border with the Silesian County (Upper Silesia). Landscaping, Strzelce Opolskie lies on the western outskirts of the Silesian highlands; The city center is at an altitude of 233 meters. A few kilometers northeast of the city begins the Lubliniec forests, a large forest area that extends south of the city of the same name and north of the Katowice area. 70 km east, all the way to Siewierz (north of Dąbrowa Górnicza).

Strzelce Opolskie was originally a small trading place mentioned in the documents as early as the 13th century. From 1271 comes a story of two monks' journey to Strzelce. Town name: Strzelce, meaning shooter or shooter, originates from the princely hunters who in their time led the hunt in the surrounding area. Since 1581 the city was called Strzelce Wielkie and from 1945 Strzelce Opolskie.
It is not known when the city first got market town rights, but it probably happened shortly after 1273, ie. at the end of the 13th century. In 1281, the province of Opole was divided into four independent principals: Opole, Koźle, Cieszyn and Racibórz. The border between the principals of Opole and Koźle-Bytom came just east of Strzelce; this location near the border necessitated a better fortification of the city. A castle was built in Strzelce, whose existence is first mentioned in sources, dated 1303. In 1327, the city was surrounded by defense walls with two gates: Brama Opolska and Brama Krakowska. In 1362, the city gained the Magdeburg market town rights. Until 1532, the town was owned by the princes of the Piast genus. When this genus became extinct, the city came into Austrian hands; from the 18th century. was Strzelce under Prussian rule. Until the 30-year war, the city developed favorably, especially in the 16th century, although it was never particularly prosperous. The inhabitants were fed by agriculture, among other things. cultivation of hops and later wine, as well as crafts and trade.
Strzelce was on the old amber and salt route, along which trade between the Hanseatic cities and Russia, the so-called Hanser route.
The city's structure did not change significantly from its founding until the early 19th century, when the old city wall was broken through in connection with the construction of the road from Wrocław over Opole and Strzelce to Bytom. Two fires in 1826 and 1827 destroyed many townhouses as well as the town hall; the latter was rebuilt in 1844.
In the second half of the 19th century. Strzelce became an important center for the lime and mechanical industries.
After a referendum and after the Third Silesian uprising, the victors of the First World War in 1921 decided that the district of Strzelce – despite the result of the referendum in this region – should be incorporated into the German state.
The acts of war in 1945 caused enormous havoc in the city. The end of the war provided the opportunity for a rebuilding of the economy and life in the city.

The city wall.
Today, only a few fragments remain of the original medieval city wall, which especially surrounded the city to the north, with the south side being largely protected by the castle.
Borgen.
The first mention of the castle dates from 1303. It is well known that Prince Albert (son of Prince Bolesław I) lived in Strzelce, with all documents from his hand in the first half of the 14th century. is dated at the castle of Strzelce. Many of the princely shooters (hunters) eventually settled in the city (hence the name; strzelec = shooter). In the Middle Ages there was also a large farm and 4 mills. In 1534 the castle is mentioned as being in very poor condition, partly a ruin. In the years 1562-96 the castle was rebuilt. In the middle of the 19th century. a castle tower was added. The building had an east wing and a west wing as well as an inner courtyard. In January 1945, when the Soviet forces invaded Strzelce, large parts of the city burned down, including the castle, now left as a ruin. The castle ruin stands southwest of the town hall, on the edge of a large park. 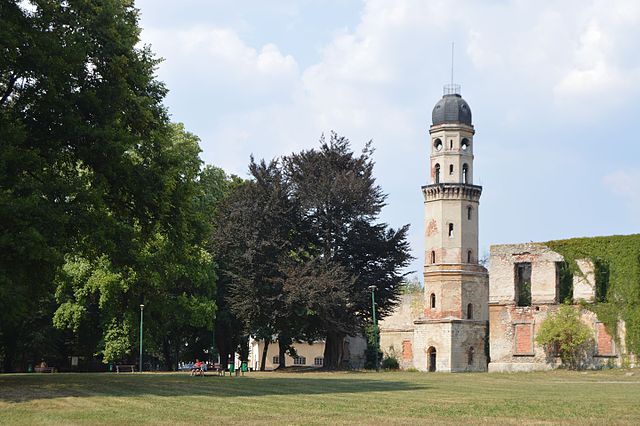 Shooter Statue.
In the square stands a statue depicting a medieval shooter (hunter). The statue was erected in 1929 to commemorate the origin of the town and city name, which traditionally dates back to the princely shooters (Polish: strzelce), who along with the prince himself hunted in the forests around the city and who often settled in the city.
Fortress Tower.
In the Middle Ages, when the town was fortified, a fortress tower was built near the east of the parish church, St. Wawrzyniec Church. The tower is built in the 15th century. At the transition between the 17th and 18th centuries. the tower was converted into a bell tower for the nearby church. Near the tower are remains of the old city wall.
City Hall.
The first information about the town hall in Strzelce dates from 1581. The first building was damaged by a fire in 1754, but already rebuilt in 1758. In the 17th and 18th centuries. There was a postdiligence station next to City Hall. After the fires of 1826 and 1827, the town hall was rebuilt in 1844-46. The tower was built on the old foundation and covered with a classic-neo-Gothic tower helmet.
St. Wawrzyniec Church.
The construction of a church, consecrated to St. Wawrzyniec, can be dated to a time before 1290, in which year the sources have an introduction to the first known provost in Strzelce; his name was Mikołaj and was also a notary for Prince Bolesław I of Opole. In 1697 the church was given a new main altar. In the seventeenth and eighteenth centuries, sermons in this Catholic church were held in Polish. Only from 1764 – on the orders of King Friedrich II – were sermons gradually introduced in German. At the beginning of the 20th century. the Catholic congregation decided to build a new parish church. The old Saint Wawrzyniec Church was a modest wooden baroque-style building. Work on the new church began in 1904. The new Sankt Wawrzyniec Church, built in the neo-Baroque style, was consecrated in 1907. The length of the church is 58 m. The middle ship is 12.8 m wide and 14 m high. The most valuable inventory has been taken over from the old church. The church presents itself beautifully. The slim tower, together with the town hall tower, are hallmarks of the city center.
The park.
The city park near the castle ruin is of great interest, both botanically and historically. 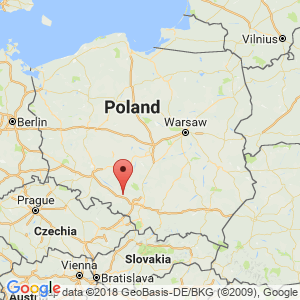