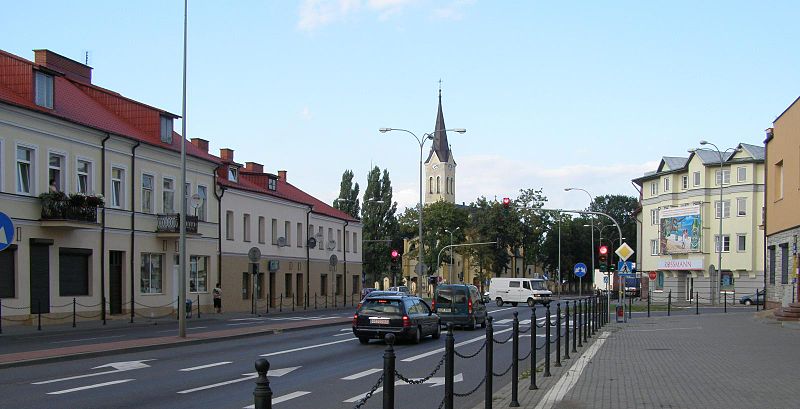 From the center of Grajewo. – Photo by: anonymous, Grajewo center, mark as public domain, more details on Wikimedia Commons

The town of Grajewo is located in northeastern Poland, in the northern part of the Podlasie region. The national park Biebrzański Park Narodowy is a short distance to the east. The name of the town comes from Jotvingian “greva” (“overcast lake”), as the Baltic tribe, the Jot Wings, previously resided in this area.
The first mention of the village of Graywa, as it was then called, dates from 1426. In 1478 funds were raised for the building of a parish church. In 1540 the town was granted commercial property rights, granted by the king, Zygmunt the Old. At the end of the 17th century. Grajewo was given the right to hold markets. After World War II, when the city was occupied by the Germans and many people were executed, the urban area was expanded with the surrounding villages. In 1970’some major industrial companies were located in the city, including companies in the timber industry and dairy operations. As a result of the influx of new residents, several new residential areas were built.
One of the largest companies in Grajewo today is Pfleiderer Grajewo SA, a timber-industrial factory which, among other things. manufactures particleboard, laminate boards and furniture elements.

The river Ełk runs past the city's eastern edge – in a north-south direction.
Grajewo is a good starting point for an excursion to the Biebrzański Park Narodowy National Park, which begins a few miles east of the city. 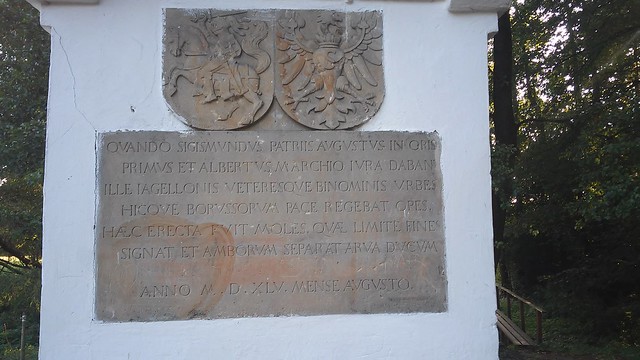 Memorial plaque for defining the boundaries between the Duchy of Prussia, Poland and Lithuania in 1545. – Photo by: Media Wnet on Flickr

Grajewo – (The official site of the city is available in versions in a total of 103 languages !!!. That is, all European languages (including English, German, French and all the Nordic languages) as well as many African and Asian languages). 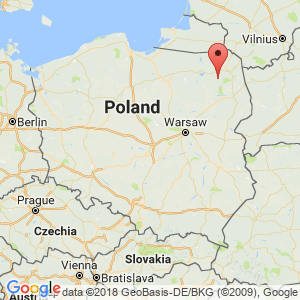