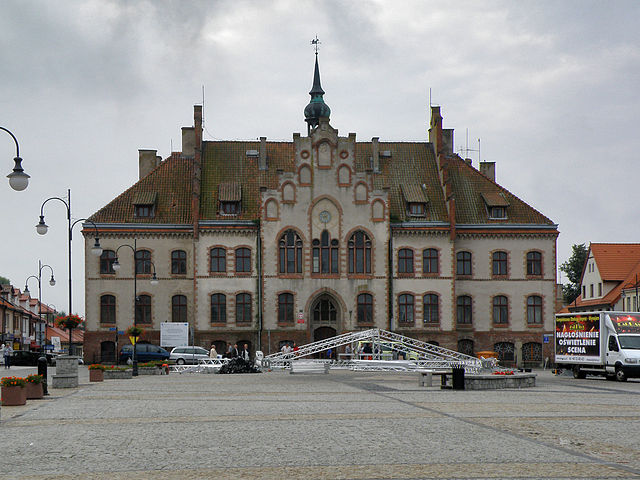 The town of Pisz is located on the border of the Pisz primeval forest in the southeastern part of the Great Masurian Lake Land, at the lake Roś and the river Pisa that comes from this lake.

The name of the town is of Prussian origin and comes from the word “pisa”, that meant “swamp”. The inhabitants adopted this name after the name of the river, which runs between swampy shores from Lake Roś. Pisz and its surroundings belonged first to the Masovian princes, then the Crusaders, the Polish king and then – until 1945 – to the Prussian state.
The Crusaders erected in 1345 a castle at Pisa, which was named Johannisburg. The first privileges concerning the settlement that arose around the castle were granted in 1367. In 1645, the city was granted commercial property rights and it was then formally assumed the name of the castle: Johannisburg. However, the local Polish-speaking residents called the town of Jansbork, and this name was maintained until 1946.
Initially, the inhabitants of Pisz (ie Johannisburg) lived predominantly of beekeeping. The city was flourishing in the 15th century. Thanks to a favorable location, as merchants from the south often traveled through this city on their way to Gdańsk, as did loggers often transported their goods along Pisa to Narew and Wisła.
In 1876, Pisz accommodated 3,000 inhabitants. In 1885 the rail link to Olsztyn and Ełk was opened. Waterworks and gasworks were built in 1907 and a slaughterhouse in 1913.
The industrial traditions of Pisz are closely related to the neighboring, large forest areas; Sawmills and other timber industries are thus strongly represented.
The city was destroyed by the end of World War II and since rebuilt. 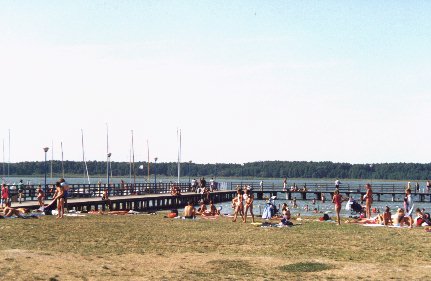 The oldest listed building is Saint John's Tower .
It was rebuilt after a fire in 1694 and has remained almost unchanged ever since. The church itself, built at the end of the 17th century, was rebuilt in 1843. The church itself is the main altar from the late Renaissance, but renewed in 1696. The pulpit is from 1701.

Crusader fortress
Remains of the castle can be seen at Gizewiusz Street.

Several former Baroque-style houses have been preserved from the 18th and 19th centuries, respectively. at Rybacka Street and Lipowa Street.

City Hall .
The neo-Gothic town hall and the neighboring building of the same style were built in 1900.
In the town hall building you will also find the District Court, the People's Register and the Museum of Pisz and the surrounding area. In the museum you can see examples of the flora and fauna of the primeval forest, the Polish literature in Mazury and documents about the city's history. Of particular interest is a sculpture: a female figure in stone, called “Baba Pruska”, a cult object from the Prussian galindowie tribe. 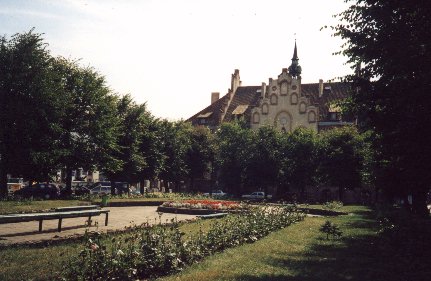 Construction on the square in Pisz. In the background you can see the town hall

For sailing on the great Masurian lakes, see this link:
Canals and other waterways in northeastern Poland 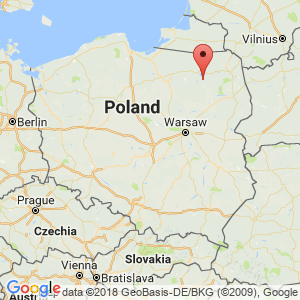