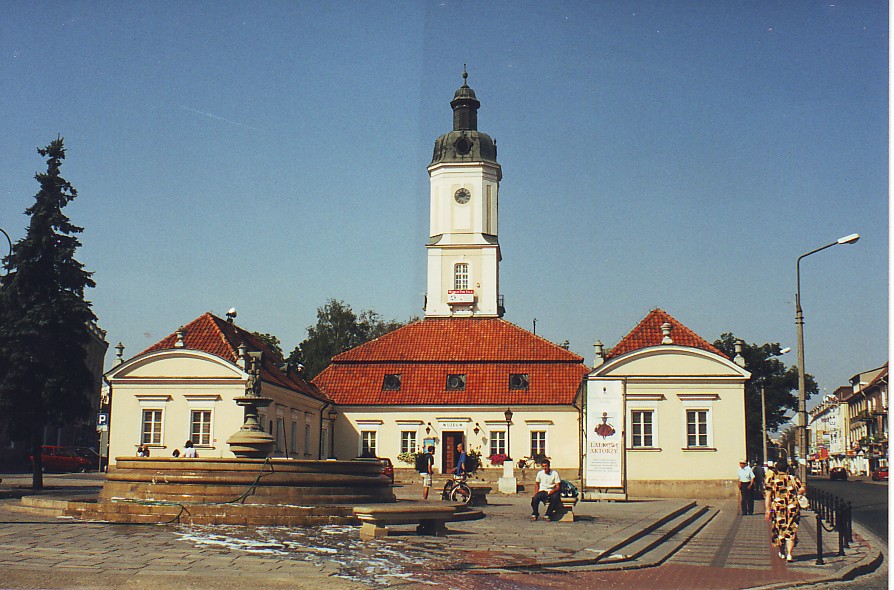 The town hall building in Białystok, now the regional museum

Białystok, the capital of the Podlasie region and the largest city in northeastern Poland, is located on the river Biała, a tributary of Supraśl.
In the 14th century. Białystok was a village located on the trade route between Warsaw and Grodno. From 1659 the town was Stefan Czarniecki’s property; then it came into the genus Branicki’s own. It was the Branicki family that made Białystok a residence of significance. In 1749, the city was granted commercial property rights. In the middle of the 18th century. Hetman Jan Klemens Branicki remodeled the family's former property in the city into a splendid mansion with associated French park design. Hetman Branicki supported art and science and in his time attracted many artists, architects, doctors and others. to the city. The historic center with the triangular square forms (the current Rynek Kościuszki). The craft subjects are developing strongly. In 1824 the first textile factory was founded, but especially after 1834 the textile industry developed very lively. During the second half of the 19th century. the city's population grew to sixfold. Geographical and historical conditions made Białystok a city where people of different culture, religion and nationality: Poles, Russians, Belarusians, Jews and Germans lived together. It was also here in Białystok that Ludwik Zamenhof invented the universal art language: Esperanto. 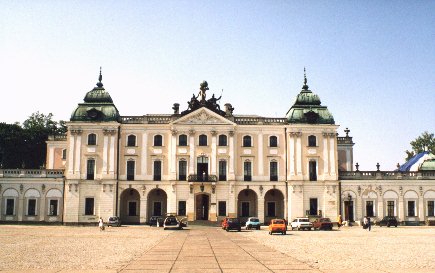 - Białystok suffered greatly during both World War I and World War II. The last war meant a loss of 80% of the building stock, 74% of industrial capacity and 55% of the population. Totally destroyed were the great Jewish quarter. After the war, a rapid rebuilding and modernization of the city followed.
Today, Białystok is one of the fastest growing cities in Poland and has become a center for the textile, metal, construction and food industries. Well-known is the city's bazaar, where you can buy the most exotic items from equally exotic parts of the world.
Białystok is home to a university as well as several other colleges. There are 2 theaters, several museums and art galleries as well as a Philharmonic Orchestra. 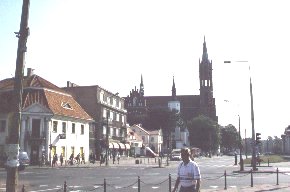 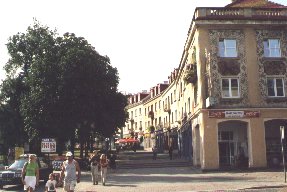 To the east and north of the city extends the Knyszyn primeval forest, which is interpreted as a nature park. The park is located between picturesque highlands in the uplands of the rivers Supraśl and Sokołda. The area is characterized by a plant growth typical of the tajga. Here, first of all, pine forests, mixed with oak and birch, grow; in addition, swamp forests with elm trees are found near moist peat bogs. There are several protected plant and animal species in the primeval forest. Plants include golden plum (arnika montana), wreath lily (lilium martagon) – and of animals: screaming eagles, tears, black stork, raven, los and bison.

Rybniki – approx. 11 km to the north. In the reserve ‘Krzemianka’ near Rybniki are some flint mines that are more than 3 thousand years old. The archaeologists believe that they are preserved in excellent condition; they are considered some of the best finds that testify to prehistoric mining.

Supraśl – 14 km to the northeast – in 2001 was recognized as a health resort. Especially the elderly, the rehabilitation center and children with respiratory disorders are treated. – See the special page about this city. 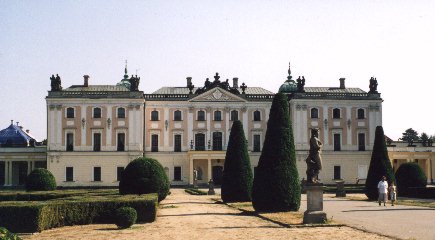 Branicki Castle seen from the park 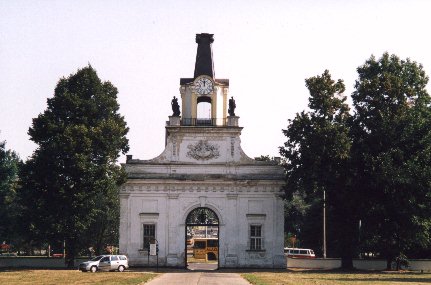 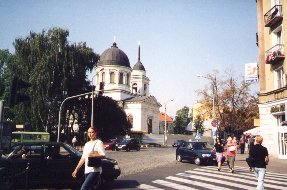 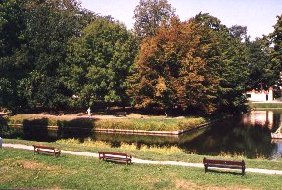 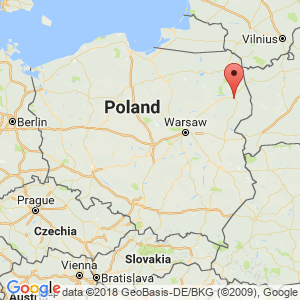