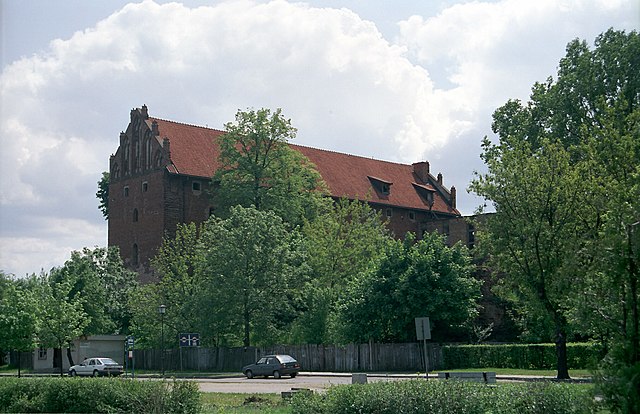 Castle of Działdowo. The big southeast housing wing that still exists. – By Jerzy Strzelecki – Own work, CC BY 3.0, link

Działdowo is located in northeastern Poland, in the county of Warmia-Mazury.
Excavations in 1983 have shown Prussian settlements at this site in the 11th and 12th centuries. The Crusaders conquered the area in the 1300s. They colonized it and founded the small town of Dąbrówno northwest of Działdowo in the year 1326. At present Działdowo they built in the years (ca.) 1340-1391 a large castle. In 1344, the town was granted commercial property rights, then under the name Soldav. From 1466 the city belonged to the Duchy of Prussia, which later became the Kingdom of Prussia and which in 1871 was part of the German Empire. The town's German name was Soldau. In 1919, the city came under the re-created Poland. During the German occupation in 1939-1945 there was a German concentration camp. During the administrative reform in 1999, Działdowo became a district town in the new county of Warmia-Mazury.

Borgen
The castle of the Crusader Order was erected in 1340-91. The castle was surrounded by a wall and a moat. At the time of construction, the castle was further protected by swamps on 3 sides and on the fourth side of the Działdówka river. Preserved to this day is the Southeast Wing, an impressive four-storey building. In recent years, a building has now been erected on the southwest wing, which is now the seat of the city government. The original courtyard is also restored. The new building replacing the southwest wing rests on the original basement, which was used as a prison and has 4-meter-thick walls.

The Holy Cross’ Church of Exaltation
listed in the 14th century. 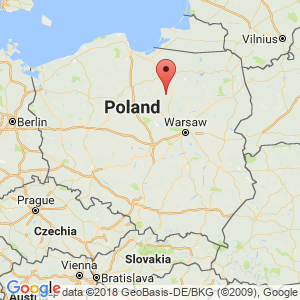