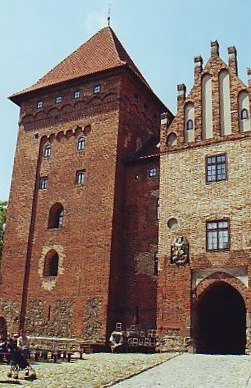 The castle of Nidzica. Højborg's east wing as seen from the front: the southern residential tower and the gate building with the entrance to the inner courtyard.

Nidzica is located in the southern part of the Warmi-Masurian region (in northeastern Poland), south of the regional capital Olsztyn. Through the city, the river Nida runs. The important highway # 7 from Warsaw to Gdańsk passes through the western edge of the city. Just east of the old town lies the castle, raised above the city on its castle bank. Nidzica is today the center of the administrative district of the same name.
The city was founded in 1381 and its first name was Neidenburg, ie. the castle at Nida. In the Middle Ages, the city was surrounded by a city wall with 2 city gates (to the south and north) – as an extra protection in addition to the security provided by the castle. Towards the castle was erected a double defensive wall, fortified with fortress towers; the remains of three of these can still be seen today. Through a gate and over a moat there was the only access road to the castle. The town square, in the center of which the town hall stood, constituted just under a third of the city's area within the walls. In 1389, a political debate took place on the castle of Nidzica with the participation of representatives of the Crusader Order, Poland and Lithuania. In 1410, the city surrendered to Władysław Jagiełło’s army forces. A week later, the biggest battle of the Polish Middle Ages followed, the Battle of Grunwald (northwest of Nidzica) between Poland and Lithuania on the one hand and the Crusader Order on the other.
In 1628 the city was destroyed by the Swedish forces; In addition, Nidzica suffered from fires and several epidemics – both in the Middle Ages and in recent times.
In 1752, Nidzica became the center city for a large administrative district.
The outbreak of World War I was an accident for the city; fighting in 1914 caused great losses and damage. 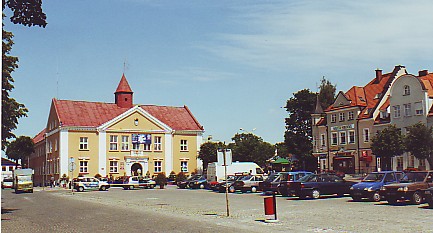 The square in Nidzica with the town hall in the background

Crusader fortress:
After occupying and colonizing the original Prussian settlement on the site, the Crusaders built around 1266-68 a fortress of wood and land that became the seat of the order's bailiff in this area, subordinate to the tour of Dzierzgoń and since (from 1341) the tour of Ostróda. The first fortress was replaced by a walled, heavily fortified castle; construction work took place in the years 1370-1407. In 1409, the new castle was promoted to the residence of a solicitor, viz. the administrative manager of a smaller area – subject to the tour.
Today, the well-preserved buildings have several functions: a restaurant and a hotel, a public library, a regional museum, a cultural center, etc. 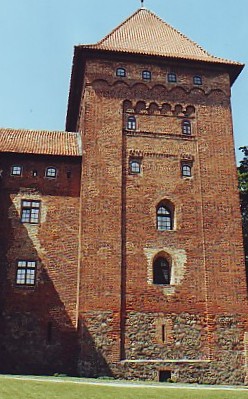 The castle of Nidzica. Højborg's east wing as seen from the front: the northern part of the gate building and the northern residential tower. 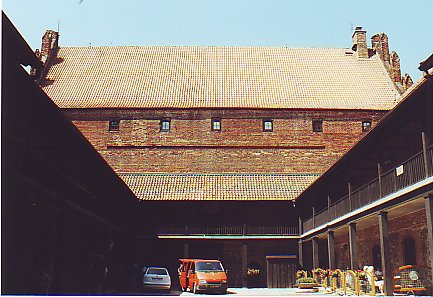 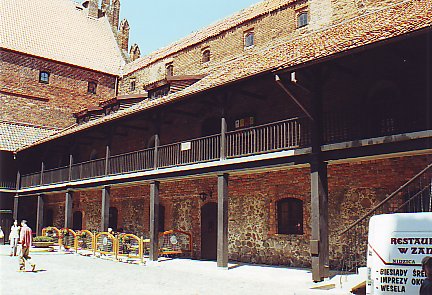 The north wing of the castle 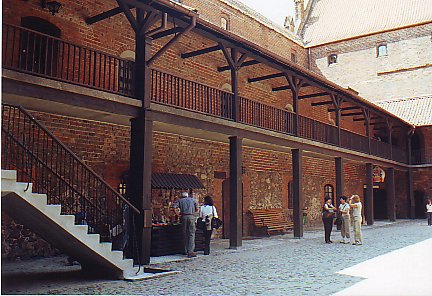 The south wing of the castle 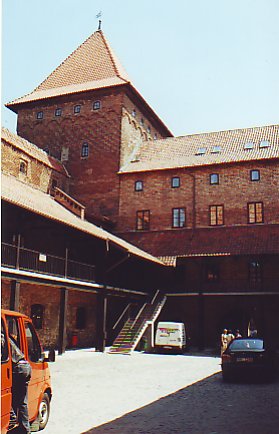 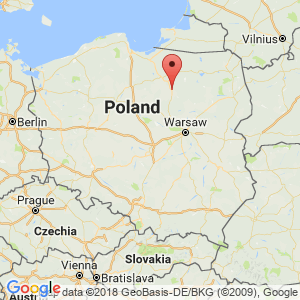