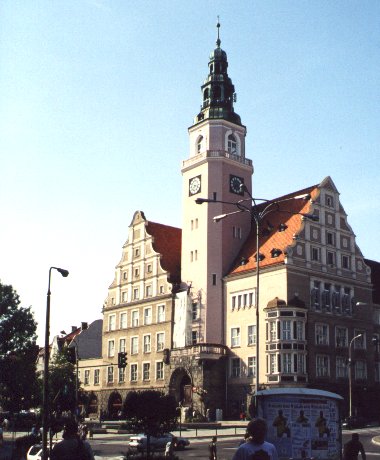 Olsztyn is the main town in the county Warmińsko-Mazurskie. The town is located in the Warmia area; it is an administrative and commercial center with a significant catchment area; In the city there are several higher education institutions.
Olsztyn is located on the river Łyna. Within the municipality's area there are 11 lakes and a large forest area, in fact as much as 140 m2 of forest and 44 m2 of water per inhabitant.
The city's founding dates back to 1353, immediately after the year 1346, when the construction of the bourgeoisie began. The castle was built as the seat of the Warmian bishops. From 1466 to 1772 Olsztyn, together with the whole of Warmien, belonged to Poland; from 1772 to 1945 the area belonged to Prussia / Germany.
From 1516 to 1521 Mikołaj Kopernik (Copernicus) lived and worked in Olsztyn, serving as administrator of the estate of the chapter; moreover, he personally organized the defense of the castle and Olsztyn during the Crusaders' attacks in the years 1519-21.
During the years 1620-1710 the city was substantially destroyed and depopulated as a result of a number of large fires and the withdrawal of the Swedish army in 1708. In 1807, Emperor Napoleon paid a visit to Olsztyn.In 1920 a referendum was held regarding Warmiens and Olsztyn's affiliation with Poland or Germany, a vote that Germany won.
In 1945, following the defeat of Germany, Olsztyn returned to Poland. 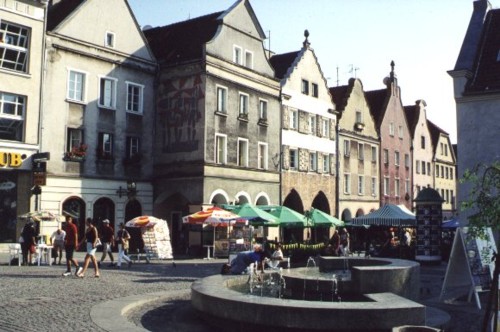 The old Town:
In the Old Town, the medieval town plan of streets and squares is preserved to this day. The Old City is a popular meeting place for both city residents and tourists; Here you can stroll, visit one of the numerous, cozy restaurants and cafes such as “Kawiarnia Staromiejska”, or listen to the performance of music surrounded by the beautiful old architecture.

Wysoka Brama:
One enters the Old Town through the Gothic city gate Wysoka Brama (the High Gate), built after 1378. This gate is the only one left of the original 3 city gates, which in the Middle Ages was connected with a defensive wall. Originally, the gate was called Brama Górna (the Upper Gate) as opposed to Brama Dolna (the Lower Gate), which was in the lower part of the city. From the outside, access to Wysoka Brama was via a wind bridge that spanned a deep moat. It was not until 1901 that the moat was finally filled. Between 1858 and 1898, the gatehouse served as an arrestee.

Bishop's Castle (Zamek Kapituły Warmińskiej)
The city's most valuable cultural monument is the Gothic Diocese of the 14th century. The main wing with pillar facing the courtyard is built 1346-1370. Among the castle's stylish interior you can admire the so-called crystal vaults. The building houses the Museum of Warmien and Masuria with archaeological, ethnographic and scientific collections as well as art collections. In the castle you can also see the astronomical tablet, made by Mikołaj Kopernik (Copernicus), who resided on the castle as administrator between 1516 and 1521. (See also: Crusader castles and bishopric castles in northern Poland ).

Cathedral (Cathedral):
The cathedral was formerly a parish church by the name of St. James the Elder's Church, having been consecrated to the patron saint of the city. The church was built in Gothic style approx. 1370-1380 and was surrounded by a defensive wall, making the building an integral part of the city's defense system. In the cathedral there are among other things. some interesting three-wing paintings from the 14th century. 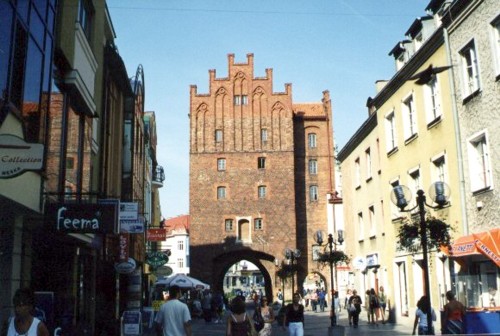 Old Town Hall (Stary Ratusz) :
The oldest wing of the building (with the characteristic small tower from the 19th century) was built around 1380, but the building was substantially expanded in 1624. In 1916 the municipal authorities moved to the new town hall building. The old Town Hall is now furnished as a public library.

City Hall:
Leaving the Old Town through Wysoka Brama, there are only a few steps to the town hall's large, towering building. This current town hall was built in the early 20th century. and commissioned in 1916. The large neo-classicist building is built up a natural elevation in the terrain.
Around the town hall is the busy city center. In the nearby streets you will see houses built at the same time and in the same style as the town hall.

Planetarium and Observatory in Olsztyn was built in 1973. There is daily access to presentations and lectures.

Olsztyn Artist Summer (Olsztynskie Lato Artystyczne) has many offers from June to September, including not least musical performances and entertainment for young and old alike. 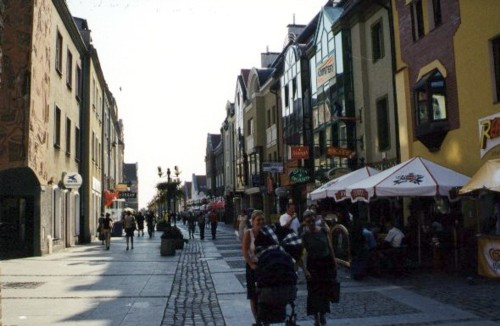 City breaks in Olsztyn:
The inner city of Olsztyn has large areas reserved for pedestrians, and the city is a good target for a “City Break”. In the city itself there are two lakes where you can practice water sports. There are several tennis courts in the city's parks. Olsztyn is the seat of a theater, a music house, puppet theater, museums and numerous cinemas.

Starting from Olsztyn, you can go on excursions into the beautiful Masurian countryside. For horse lovers, there are several equestrian centers in the area.

Kayaking:
From May to September, every Saturday and Sunday kayaking is organized under the name: “On the Łyna River through Olsztyn”. The voyage starts near the castle in Olsztyn and the 3 kilometer long route goes through the urban forest area where the river is home to lots of waterfowl. The goal is the magnificent wetland where the Łyna and Wadąg rivers flow together. The tour lasts for 1, 5 hours and ends with bonfire party and dining. Up to 10 kayaks can participate at the same time.

Booking.com
Olsztyn
Powiat Olsztyński – in a large number of languages, including English, German, Danish and Swedish

Powiat Olsztyński – in a large number of languages, including English, German, Danish and Swedish

Olsztyn
Powiat Olsztyński – in a large number of languages, including English, German, Danish and Swedish 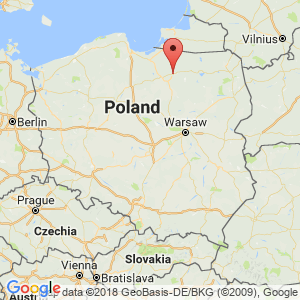