Nowy Tomyśl is located in western Wielkopolska, west / southwest of the metropolis of Poznań.
The city of Nowy Tomyśl came about through a privilege granted by King Stanisław August 8 April 1786. The original village of Tomysl was named Stary Tomyśl (Old Tomyśl). The city's main business was from the beginning trade and crafts. The markets held in Nowy Tomyśl were very popular with the surrounding population and played a major role in the economic development of the city.
Like all of Wielkopolska, as a result of the divisions of Poland, the city was incorporated into Prussia and Germany, a condition that lasted for 125 years. Only on January 3, 1919, Nowy Tomyśl – as a result of the great Polish uprisings – returned to Poland. During World War II, Nowy Tomyśl was incorporated into the German Empire.
Nowy Tomyśl is known as a center for wicker braiding, including both artistic and industrial design.
Since the 18th century. the people of Nowy Tomyśl and the area around the city have been engaged in the manufacture of, inter alia, household objects of wicker. Initially, the production of basketware used a wildly growing basket arrow. The owners of Trzciel and basket maker Ernest Hoedt (of Trzciel), who in 1885 imported some special arrow varieties from North America, also contributed to the spread of the wicker braid in the vicinity of Nowy Tomysl. It is said that, because of the ban on exporting plants from America, he wove a basket of fresh wicker. During the journey, the basket was kept moist all the time, and in this way he secretly brought the plants home to Poland. The great agility and fracture safety of the new plants meant a revolution in the wicker industry.
Since 1970 the events have been held in Nowy Tomyśl “Wicker braiding in the Free”, to which artists in the field of arrow braiding arrive from both home and abroad. The entire city center is decorated with products made in arrow. One can admire the diversity of the braided forms, from flower boxes to café furniture and free sculptures to the city's amphitheater, whose grandstand is braided by arrow; in addition, a large flower basket standing on one of the city squares.
In the year 2000, Nowy Tomyśl, at Plac Niepodległości, emerged the largest arrow-braided basket in the world. It is 17.29 m in length, 9.46 m in width and 7.71 m in height. The merge of this giant basket, whose project is due to the artist Jędrzek Stępak from Poznań, was made by 50 arrows from 15 basket makers in Nowy Tomyśl. Wicker from the Nowy Tomyśl area was used to weave the basket in the year 2000. The work lasted 3 days (55 hours) and 8 tons of wicker were used. The basket forms a special kind of flower box. It is planted with shrubs, trees and flowers. 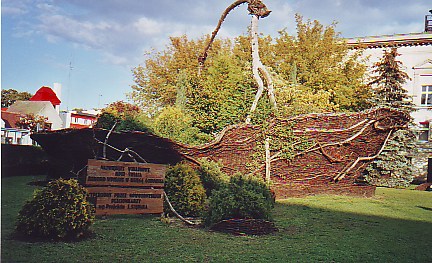 The largest arrow wicker basket in the world

At the end of August each year, a bum and basket maker market is held in the city. This continues the old tradition of hop markets, which from 1936 was combined with the display of products in the basket weave.
In the Nowy Tomyśl area, in addition to the traditional breeding of the aforementioned hops, there is also extensive breeding of asparagus.

The Church of the Sacred Heart of Jesus
is built 1778-1779 as an evangelical church.

The Mother of the Immaculate Aid Church
is listed in 1895.

City Hall
from 1879. (The building is now the seat of the City Court).

The water tower
It is 27 meters high and built in the early 20th century.

Museum of Wicker Braiding and Bumblebee :
The museum was created in May 1985 as a department of the National Museum of Agriculture and Food Industry in Szreniawa. The museum has both permanent and changing exhibitions. Wicker braiding workshops are organized for those interested in this braiding technique.

Zoo :
The zoo emerged in 1974 at the initiative of community activists and animal friends. The garden covers 3.7 ha under open sky. In the year 2004, there were a total of 214 animals representing 45 species. The animals come from different parts of the world. The individual animals include: Barasinga deer, green baboons, lions, aguties, llamas and various exotic birds. In addition, animal species that are worldwide protected, such as the Chinese leopard and the Przewalski horse. Among animals protected in Poland are the lynx, wolf, common night owl, common mouse, brown bear and white stork.

Culture and Recreation Park :
The park covers 34 ha. In the park area is the Museum of Wicker Braiding and Bumblebee, the Zoo and the Hunting Farm. 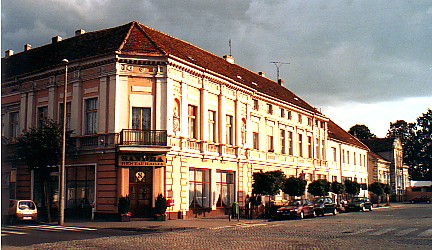 Stary Tomyśl :
(4 km north of Nowy Tomysl). – In the village there is a castle from 1916, a Baroque-style mansion from the 2nd half of the 18th century. as well as breeding buildings from the transition between the 19th and 20th centuries. The buildings are surrounded by a scenic park of 7 ha, with many of the trees being 200 years or older.

Wytomyśl :
(about 8 km now for Nowy Tomyśl). – In the center of the village stands the Archangel Michael's Church from the end of the 18th century. At the church you can see the bell tower from about 1800. In the village there is also a manor from the beginning of the 19th century, situated in a park of over 2 ha; near breeding buildings from the 19th century. In the park, many trees of considerable dimensions grow, especially mentioning a 300 m long beech of beech and oak trees, where the largest and thickest beech tree has a size of 410 cm. 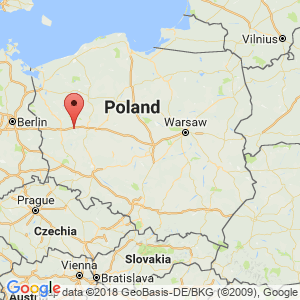