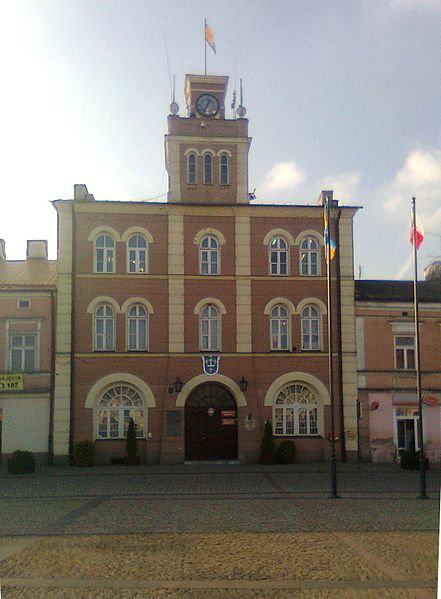 Skierniewice is located in central Poland, northeast of the ŁódŁ metropolis. Through the town runs the small river Łupia, here called Skierniewka.

The first written mention of Skierniewice is a document relating to a meeting which took place in the year 1359 in the archbishopric mansion in the village of Skierniewice. From this it also appears that the village arose before 1359 and that it was part of the Archbishop of Gniezno’s extensive property. In this way it can also be seen that the area where Skierniewice is located has belonged to the church since the 12th century.
Administratively, Skierniewice first belonged to Łowicz kastellani in the Principality of Mazowsze. The city was on the trade road from Toruń to Lwów. Skierniewice gained marketplace rights in 1457. The business community in the city is foreign, among others. In the hinterland, pub owners were obliged to sell only beer bought from Skierniewice breweries – and the right to brew beer actually had all the town's inhabitants.
In 1462, the Rawa area, under which Skierniewice at that time belonged, was incorporated into the Kingdom of Poland. From the newly incorporated areas was created Rawa county, which also included Skierniewice until the second division of Poland.
Craft was the most important profession in the city, but also trade and agriculture meant a lot. In addition to residential buildings, the city included the town hall and the church. In the Middle Ages all buildings were built of wood including the archbishop's mansion. The only social institution was the hospital, which was also a home for the elderly and disabled.
In the 1600s, Skierniewice – like most of Poland – suffered during the war with Sweden, just as an epidemic meant that its population dropped drastically.
In the middle of 1780’the Archbishop Michał Poniatowski set up a small garment factory in the city. Professionals from Kraków and Wielkopolska were recruited for their operation. The first ground-walled buildings were erected, including the town hall. At Poland's second division, Skierniewice came under Prussia. In 1793, the church property was taken over by the Prussian state. From 1815 until World War I, Skierniewice belonged to Russia.
From the beginning of 1890’There was considerable business development in the city. Two brickworks emerged, a brewery, a mechanical sawmill, a tile factory, a large mill, etc. In addition, a modern hospital and a few schools were built. The railway as well as the military (Russian) garrison posted here were of great importance. The Russian tsar also had a mansion here in Skierniewice.
During World War I, the city was alternately in German and Russian hands. As a result of the acts of war, great destruction took place in the city and business almost collapsed while the population was starving. The only positive from these years was the building of an electricity plant, which gave the people access to electric light.
From 1918 Skierniewice was within the borders of the reborn Poland. The population increased again and economic development started again. A building for the district council was erected. The railway station was rebuilt after the devastation of the war and the district hospital was expanded.
During World War II, Skierniewice was initially bombed and subsequently captured by German troops on September 10, 1939. The production of the existing factories was converted to manufacture products for Germany and adapted to the needs of the Germans. Jewish residents were gathered in a ghetto, then transferred to the ghetto in Warsaw and from there to the extermination camp Treblinka. Polish residents were also terrorized and more than 200 people were executed.
On January 17, 1945, Skierniewice – almost without fighting – was captured by Soviet forces. Between 1945 and 1997 the area of the city increased to double and the population increased from 17,524 in 1946 to 47,188 in 1992. Many new factories and thus jobs emerged. In 1975, Skierniewice county was formed, which led to the establishment of a number of institutions. In 1990, the first free elections to the City Council were held. During the 1999 administrative reform, Skierniewice gained the status of a city with district rights under Łódź county.
Since 1990’The erection has been prepared for the construction of a spa in Skierniewice.

City Hall
is erected in 1847 at the site of the former wooden building town hall.

The castle and park facilities
The facility includes: 1) the Archbishop's mansion (the primacy's mansion) built in 1619, rebuilt in 1780; 2) The castle park (now: Stadsparken) situated on both sides of the river Łupia; the park dates back to the 15th year. and has over time been brought into, inter alia, Italian, Baroque and English style; 3) The entrance gate to the castle in the classicist style with two guard buildings, built in 1779-80; 4) Villa Aleksandria also called Sabedianas Mansion, a hunting castle built in 1841.

St. Stanislaw’s Church
from 1720 is the oldest preserved church in the city.

Virgin Mary's Church of the Assumption
The church was built in 1899-1903 as a Russian Orthodox Church for the Russian garrison stationed in the city.

Zadębie Lake
In the southern part of the city, on the river Lupia (Skierniewka), an elongated, artificial lake is built over a distance of 2.1 km. The lake's width is between 45 and 250 m. The lake creates a recreational environment and is a very favorite place for anglers.

Ignacy Krasicki (1735-1801), Archbishop of Gniezno and at the same time one of the most prominent Polish poets of the Enlightenment, resided in the period 1795-1801 at the Diocese of Skierniewice.

Immediately north of the town is the Puszcza Bolimowska forest area, which includes a landscape park.
Through the northernmost part of the forest, the A2 (E30) motorway runs from Warsaw to Poznań and on to Berlin. 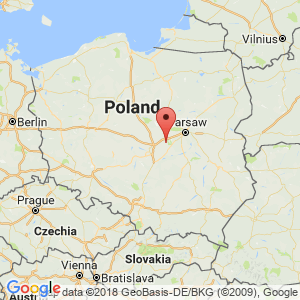