Opatów is located in the lowlands east of the Łysogóry Mountains and 61 km east of Kielce. The small river Opatówka, a western tributary to Wisła, runs through the city. Opatów is the administrative center of a district.
The city gained market town rights in 1282, issued by the then prince of Kraków, Leszek Czarny. The first third of the 16th century. was a prosperous period for the city, then owned by Chancellor Krzysztof Szydłowiecki; Opatów was the second largest city in the then Sandomierz county. During the following two centuries, acts of war (including the Swedish wars) and fires caused some decline for the city. Under the division of Poland, the area belonged to Russia. After World War I, Poland regained its independence and the Opatów area became Polish again.

The medieval city.
The medieval city system has been largely preserved, including parts of the city wall with the Warsaw Gate.
The Romanesque Diocese.
The Romanesque Saint Martin's Church is a stone building from the 12th century. In the interior of the church you will notice the tomb of Krzysztof Szydłowiecki from 1533-41 with “Opatów’s lament” (scene of the chanting of the Chancellor's death), a bas-relief as well as 18th-century polychromy.
Bernardinerklosteret .
The Bernardine Order monastery and church complex was erected in the 18th century.
Under the old town
extends a number of old, preserved basements, now made available as a special underground tourist route. 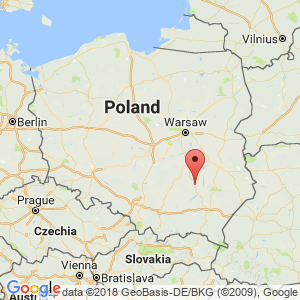