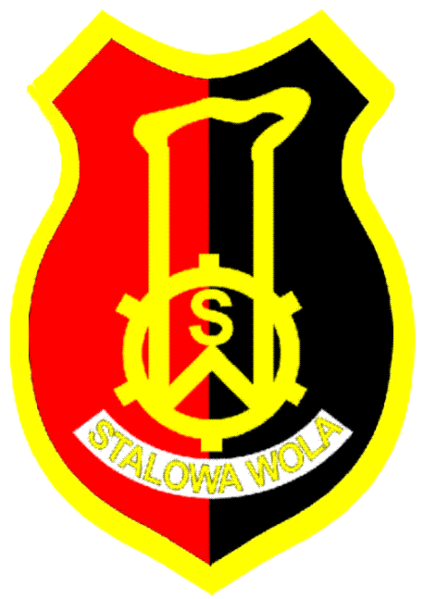 Stalowa Wola is located in southeastern Poland, in the northernmost part of Podkarpacie County. The city's name means “steel will”. It is a prominent industrial city and one of the youngest cities in the country.
Stalowa Wola is also a study city: at the local department of the Catholic University of Lublin, about 3,000 people study. Since 1998 the Polytechnic Institute of Education in Rzeszów also has a branch in the city. In 1997, a business college was established. The Public Library has been uninterrupted since 1938. There are also two cultural houses, a music school and a regional museum in the city.

In the interwar period Poland, in the years 1936-39, the Central Industrial Area (COP) was created in the central and southern regions, with the aim of increasing Poland's economic potential, expanding the heavy industry and the arms industry and reducing the unemployment resulting from the international crisis. The town of Stalowa Wola was founded within the framework of this project. The new town was chosen to be built on the former village of Pławo’s soil. The history of this village, whose inhabitants were mainly engaged in logging, can be traced back to the first half of the 15th century. The new town, Stalowa Wola, grew very quickly. Two years after the first shovel in 1937, two modern companies already existed: a steel mill and an electricity plant, and the construction of an aluminum plant had begun. Homes for the steel mill workers had also been built. From the beginning, wage conditions and housing standards for steelworkers were better than in many other regions of Poland, and it did not prove difficult to attract qualified workers to the companies in Stalowa Wola. The first companies – first and foremost the steel mill – were inaugurated in June 1939.
Work on the steel mill was interrupted by the outbreak of World War II. Because the Germans knew that the city contained modern companies useful in arms production, they – with one exception – failed to bomb the urban area.
After the war, in 1945, the city gained market town rights; the development of the city and the businesses that had interrupted the war continued. In the 1970s, the steel mill had approx. 20,000 employees. The system-critical strikes of the 1980s also extended to Stalowa Wola, especially notable here, because it was the only place where strikes were made at armories.
During the 1990s, the importance of the steelworks in the local community diminished considerably. At the same time, there was a positive development in the field of education, with the establishment of local departments of the Catholic University of Lublin and the Polytechnic Institute of Education in Rzeszów. The number of private companies grew strongly, not only factories producing for the local area and the rest of Poland, but also companies with international trade relations. The idea of an aluminum production in Stalowa Wola, born before WWII, was realized after the system change in Poland.

Church of Saint Florian
Preserved wooden church from 1802, an interesting sacred building, which in 1943 was moved from the village of Stany (19 km to the south) and rebuilt in Stalowa Wola. The church is built of three tree species: larch and two species of pine.

The Lord's Annunciation Church
is located in the district of Rozwadów. It was built in 1752-54 as a Church of the Order of the Capuchin, donated by Prince Jerzy Lubomirski, the then owner of Rozwadów, who also paid for the monastery building. The architect behind the building was Jan Bay from Warsaw and the building style was Tuscan Baroque. The church was renovated in 1985-90. In the church, the International Summer Concerts for Organ are held from July to early September.

Church of the Mother of God
In its present form, it is a neo-Gothic building, built in red brick in 1907, located in the district of Rozwadów. It is a three-tiered basilica that has been enlarged with a transverse ship. Particularly significant is the large tower to the west.

Regional Museum / Lubomirski Castle
The museum is located in the district of Rozwadów, in an impressive building called “Lubomirski Castle”. The castle – the residence of the Lubomirski family – was erected in 1782-1786. For many years, attempts were made to create a museum in Stalowa Wola, with exhibitions showing the history of the steelworks. In addition, in the 1970s, an attempt was made to build a museum in the Kapuciner Monastery. Only after 1989 did it become realistic to think about the creation of an actual museum institution in the city. Several thousand museum objects in ethnography, history and art were handed over to the new institution, which was first housed in the city's cultural center; later, from 2002, the museum's address became the newly renovated neoclassical Lubomirski Castle.

The large river in the region, San, passes just east of the city. The river runs northwest and has its outlet in Wisła northeast of Sandomierz.

To the south and west of Stalowa Wola large forests spread, the remains of the Puszcza Sandomierska forest complex (part of which is a forest reserve), flowing through the river Łęg. 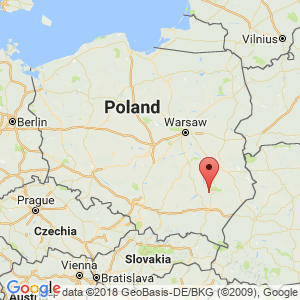