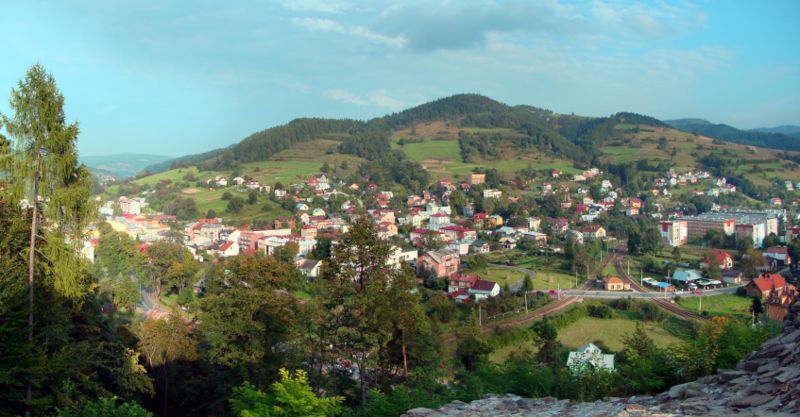 Muszyna is located in the southern part of the Malopolska region, near the Slovak border, in the Poprad River Valley. The small town is surrounded by the mountains of Beskid Sądecki and is itself situated at an altitude of approx. 450 m. To the northwest lies the larger town of Nowy Sącz.

The rise of the city is connected with the so-called “Hungarian” trade route that passed through the Poprad Valley in the Middle Ages. The site is first mentioned in 1209. In 1288 Muszyna was transferred to the diocese of Kraków. In the 14th century. becomes the city royal property. Commercial rights gained the city in 1340. In 1391 the Polish king Władysław Jagiełło returned the city to the diocese of Kraków. After that, the area gained a kind of independent status with its own administration, soldiers and the judiciary, called “Muszyna State”. Muszyna remained the property of the diocese until 1781. After the partition of Poland, the city became the property of the Austrian state. 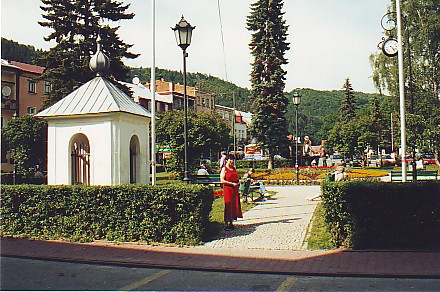 The planting on the square in Muszyna

Borgen.
The ruins of the castle (from the 14th century) that belonged to the star oysters below “Muszyna State”.

St. Joseph's Church
The church from the 17th century. is in Baroque style with Gothic sculptures.

The health resort .
Muszyna has been a health resort since 1930. The natural resources of the city and its surroundings include the health-giving mineral water springs. The water is used as drinking water, as bathing water and other healing purposes at health centers; in addition, it is filled with bottles in local mineral water companies. There is free access to enjoy the mineral spring water in a spa house (pijalnia).

In winter you can ski in the surrounding area; there is lifts at 5 smaller locations near the city.
In summer you can use hiking and biking trails for tourists.

Booking.com
Muszyna – with versions in Polish, English, German, Ukrainian and Slovak. – With practical information for tourists

Muszyna – with versions in Polish, English, German, Ukrainian and Slovak. – With practical information for tourists

Muszyna – with versions in Polish, English, German, Ukrainian and Slovak 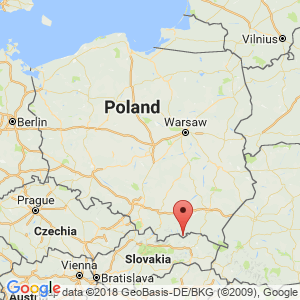