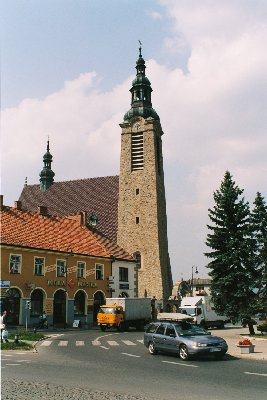 The Church, the Basilica of the Suffering Mother of God, at the square in Limanowa

Limanowa is located in the eastern part of the Małopolska region, in the part of the Carpathians called Beskid Wyspowy. The city is the seat of a district (powiat) administration. Limanowa powiat comprises 12 municipalities, of which 2 are municipalities: Limanowa and Mszana Dolna.

The town is first mentioned in 1498, then under the name “Ilmanowa”. Limanowa got market town rights in 1565. The town was known early on for the local brewery, which exported beer to, among other things. Hungary. By a major fire in 1769 most of the city was destroyed. During Poland's division – until 1919 – Limanowa belonged to Austria. In the middle of the 19th century. Limanowa began to play some role as a holiday and spa town. Also in the 19th century. the markets in Limanowa developed into a well-known phenomenon; they especially attracted trade in cattle and horses. For many years, the brewery was the only industrial enterprise in the city; it was rebuilt and modernized around 1890. During World War I, in 1914, fierce fighting took place near Limanowa between Austro-Hungarian and Russian troops. The economic crisis of the interwar period meant the closure of almost every major business in the city. During World War II the Germans murdered almost 50% of the population; the majority of those killed were Jews. After the war, there was a rapid development of Limanowa, both in housing, culture, education, industry and trade.

Basilica and Sanctuary of the Suffering Mother of God (Zespół Bazyliki Matki Boskiej Bolesnej i obiektów sanktuaryjnych)
The church is built 1910-1918. At the monumental main altar there is a figure of the suffering godmother – a wonderful one “pieta” from the 14th century.

Square.
Life in Limanowa is concentrated on and around the square, the city's business card, the place where you meet, the place for concerts, festivals, the city party “Dni Limanowej” etc. The square is a cozy place with a good atmosphere, surrounded by houses with shops, restaurants and cafes. 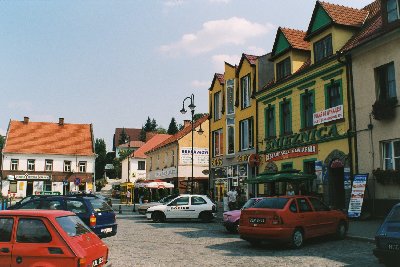 Beskid Wyspowy ,
the mountains around the city are characterized by alternating terrain forms and quite steep hillsides. The mountain ridges reach altitudes between about 730 and 1170 meters above sea level. The highest mountain is Mogielica (1171 meters above sea level). The deep river valleys have been used as communication routes since ancient times. Through these valleys today, roads lead to connecting the various small localities with Limanowa. The best conditions for skiing in the mountains usually occur in January and February. 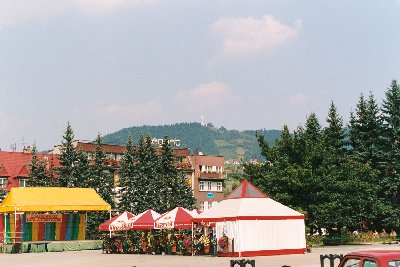 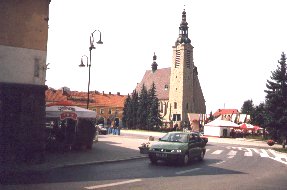 The square in Limanowa with the church in the background 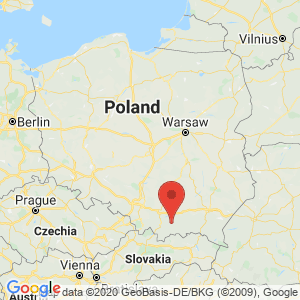