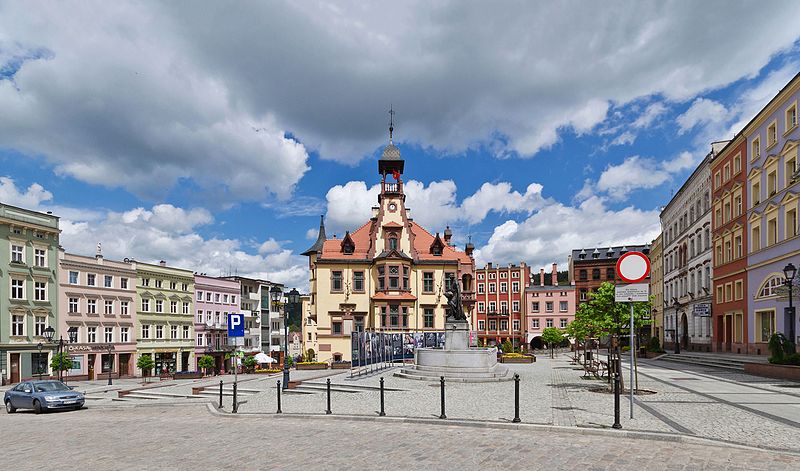 Nowa Ruda is located in southwestern Poland, in the Lower Silesian region, southwest of the county capital of Wrocław.

Nowa Ruda (check. Nová Ruda) was built in the Włodzica River valley on the trade route between the present Czech Republic and Silesia. The settlement developed during the German colonization of the Czech king Přemysl Otokar II’s reign (1253-1278). The first known mention in the documents is from 1337.
In the following period, crafts such as weaving, dressmaking and shoemaking developed. Around 1434, the city gained market town rights. From 1472 the town's owner was Georg Stillfried, who married the former owner's sister, Anne von Donin, and for the following about 300 years the members of the Stillfried family owned Nowa Ruda (German: Neurode).
When the Prussian King in 1742 bought the Kłodzko area from the Czech rulers, Nowa Ruda came under Prussia. In 1810, the town passed to the genus of von Magnis’ hands and remained their property until 1945.
During the 19th century, the coal mining industry became increasingly important to the city. Fortunately, Nowa Ruda was saved from the consequences of the war actions in World War I and World War II.
From 1945, Nowa Ruda was part of Poland. The city was eventually populated with migrants from central Poland and from the eastern regions, but also with Poles from other European countries.

City Hall
The first town hall from 1445 was a wooden building on a stone foundation. In 1577 a new town hall emerged. The third town hall – the present one – was built in 1884 in the Biedermeier style.

Borgen
Stillfried Castle from the 16th century. was formerly the residence of the genus von Stillfried. The castle has been rebuilt several times, including the basic rebuild in the years 1700-1730. In 1796, the castle was demolished along with the defensive wall. The four-winged building complex as well as the former precinct adjoins the square to the northwest. 1954-75, the castle was the seat of the administration of the district Nowa Ruda. In 2004, the building came on private hands.

Weaver houses
The old weaving houses on Nadrzeczna Street (along the river) from the 18th century, first the wooden building, then – in the 19th century. – converted into stone. They have arcades facing the street.

Mountain mill museum
located in a former coal mine.

St. Michael's Church
is the third church in this place; the former two were destroyed by wars and fires. The first church was built around 1550, the present one in 1880’neogothic style.

tourist Routes
At the tourist office (Informacja Turystyczna) in the square you can get information on a large number of marked tourist routes, where you can get to know the city and its surroundings, architecture, history and landscapes better. You can go on foot, bike or horse.

Sport
There are tennis courts and equestrian centers.

mountains
Nowa Ruda is located in the Wlodzica River valley just southwest of the Góry Sowie mountain range (the Owl Mountains), much of which is interpreted as a landscape park.

Czech republic
Almost 10 km to the west, the border goes to the Czech Republic; the border crossing is called Tłumaczów. The nearest major city on the Czech side is Broumov.

rivers
The small river Włodzica flows through the city from north to south for later (southwest of the city) into icinawka, which at the town of Kłodzko has its outlet in Nysa Kłodzka, which again runs into Odra. 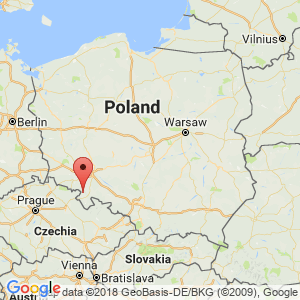